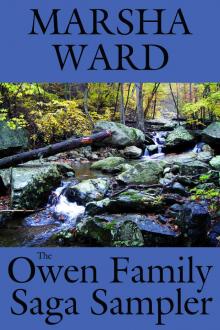 Three chapters each from the first three novels in The Owen Family Saga, plus a bonus look at the forthcoming Book 4: Spinster's Folly. "Marsha Ward really does write Westerns with heart. And her Owen family saga is among the best you'll ever read. Learn what our ancestors did to build this land. Like the Man from Shenandoah. Highly recommended." ~Chuck Tyrell, author of The ProdigalThis sampler is the fastest way to satisfy your curiosity about those fabled members of the Owen Family from Shenandoah County, Virginia. Acclaimed author Marsha Ward introduces the family in three chapters from each of the first three novels in The Owen Family Saga. Then there's the bonus chapter from the forthcoming novel, Spinster's Folly, Book 4 in the Saga. A "don't miss" way to get acquainted."Marsha Ward has the ability to grab readers by the lapels, yank them into her stories, and make them care deeply about her characters." ~Phyllis Dugan, Former President, Wyoming Writers, Inc."Trail of Storms by Marsha Ward is the third book in a western series featuring the Owen family that takes place during those first years following the conclusion of the US Civil War. Ward is recognized as an award winning western writer, the founder of the American Night Writers Association, and an authority on Southwestern history. "This series chronicles the events...that send several families from the Shenandoah Valley west following the war, their journey westward, and their struggle to establish homes in the American Southwest.... It is the historical details of Colorado and New Mexico and the writer's understanding of both the American and Hispanic cultures of this place and time period that are superbly done and make all three novels worth reading.... Ward doesn't glamorize the West and some of her characters aren't particularly likable, but they are realistic and she is true to the rough times of that settlement period.... Historical and Western fans of either gender will enjoy this series from the compelling covers to the last word of this third volume. It's a series I'm glad I had the opportunity to read."~Jennie Hansen, Reviewer, Meridian Magazine 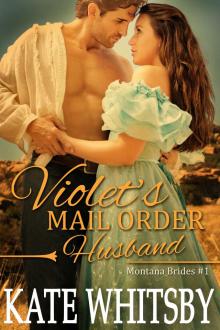 Rocking Horse Ranch desperately needs cowboys, and Violet Kilburn and her two younger sisters agree to marry mail-order husbands to fill the void. But their guardian, Cornell Pollard, doesn't approve. When the sisters bring their intended grooms home, he makes life difficult for the three couples. The sisters' plan goes terribly wrong, and their budding romances face the ultimate test.A historical western cowboy romance about a mail order bride.This first episode of The Montana Brides introduces Violet, Iris and Rose Kilburn, Heiresses to the Kilburn family cattle fortune. Rocking Horse Ranch runs five thousand head of cattle but all the ranch hands are getting old. The sisters need someone to run the ranch, so the eldest sister Violet hatches the idea of getting mail order husbands for the three of them. There’s only one problem. Cornell Pollard, the sisters’ guardian and the executor of their estate, doesn’t approve. Violet must challenge Pollard and her own role as his ally to find love and gain control over her own life.The sisters pick up their prospective grooms from the train station and bring them back to the Ranch. The men stay in a neighboring house until the minister comes at the end of the week to marry them all. Things quickly start to go wrong. Everybody starts butting heads, and Violet finds herself embroiled in a family drama the likes of which Rocking Horse Ranch has never seen before. Will Violet’s plan to get married end in disaster, or can she and her sisters find love with a group of strange men? Are these men what they appear to be, or is something more sinister at work?

The Lady in the Mist (The Western Werewolf Legend #1) 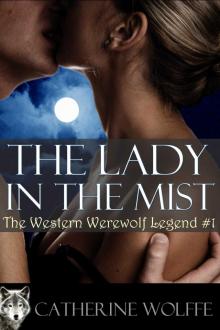 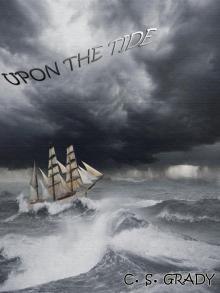 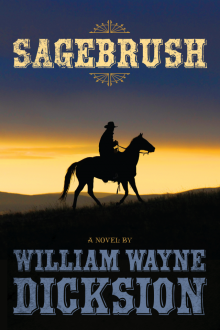 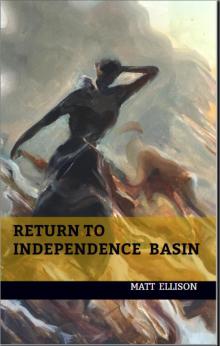 Kirkus Reviews Recommended Book: "A haunting but hopeful story of the new West and the unlikely passions it stirs."KIRKUS REVIEW Recommended Book Award!A man returns to the small Western town where he grew up and finds that his family history won’t stay buried in this debut novel.In 1979, Joe Meeks is a construction worker with a penchant for getting thrown off jobs for second-guessing the engineering. He’s on a building site in New York City when his cousin Evan Gallantine shows up with both bad and good news: on the one hand, Joe’s long-estranged father has died; on the other, his passing clears the way to sell the Meeks’ hardscrabble ranch for a handsome sum to dam developers. Joe goes to the town of Meagher, Montana, and then up to the Meeks ranch, to try to convince his ornery 90-year-old grandmother Frances, the last holdout among the local ranchers, to sell the spread. Joe brings along Wade, a 12-year-old boy who looks like him but whom he’s reluctant to call his son, as he reconnects with Meagher’s colorful denizens. As Wade falls in love with the ranch, Joe has misgivings about selling out and running from a guilty past. The novel effectively explores the conflict between yearning for the wider world and staying rooted in place, no matter how wretched the land and searing the memories. Feeling a bit like a mashup of Larry McMurtry and the 1990s TV series Northern Exposure, Ellison’s tale features wonderfully evocative descriptions of Montana’s majestic landscapes and richly atmospheric cow-town settings. Amid well-paced scenes and punchy, pitch-perfect dialogue, it also includes vivid, sharply individuated characters, including Joe’s rapscallion ex-con uncle Harlo; Father Sterling, whose Sunday services are popular for their copiously alcoholic Communion libations; feisty redhead Marly Croft, an old flame of Joe’s who wants to turn her decrepit Grand Hotel into a swanky inn to cater to Evan’s visions of Meagher as an Aspen-style resort; and Marly’s even feistier daughter Anne, whose native truculence (“What’re you lookin at?”) subsides into an infatuation with Joe. There’s also the elderly Frances, an ex-deputy who once shot a robber and then fielded a marriage proposal from the crook’s partner. The final result is first-rate storytelling with a powerful emotional undercurrent.A haunting but hopeful story of the new West and the unlikely passions it stirs. 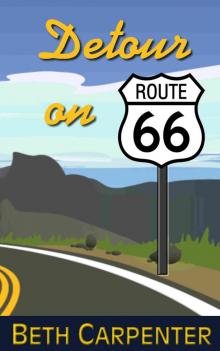 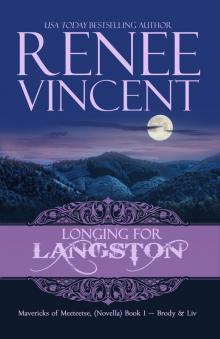 Tired of living in his brother’s shadow, Brody Galven wants the folks of Meeteetse to realize he’s no longer a bad boy screwup. He also wants his childhood best friend, Olivia Langston. While staying out of trouble proves impossible, admitting he loves her is out of the question…even when she’s about to walk out of his life forever.Constable Elizabeth West, Australia's greatest export, turns up in the North of England tracking a murderer across the Yorkshire Moors. Goyt Hall is a big old country house and lying dead, in front of the fireplace, is a beautiful young girl. Reviews: 'I'm delighted to have found Thorogood's books. Have raced through the Jack Hamma series and presently on 6th Elizabeth West. Googled his mini biography, fascinating! He really has been around the traps, no wonder he can produce volume after volume of improbable crazy exploits with that background to draw on, although it did have me wondering if he ever had time to sleep.''Not crazy like the rest of the books in the series but the book that inspired bedlam deserves to be read for itself alone. I'm the number one member of the Elizabeth West fan club so I had to read this book.''The stories that inspired the craziest whodunits ever written. I love the serious but tongue in cheek style.' 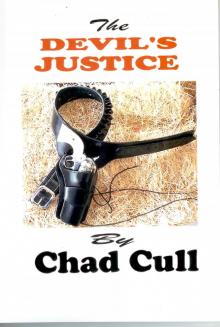 Vengeance is the Devil's Justice! When Jace Carlin's family is killed by drunken marauders, he goes on aquest for vengeance until he settles the score. With his mission complete, he finds no satisfaction in what he has done. He is alone and haunted by the violence and killing he has left behind him. When a brewing range war draws him into taking sides, he once again takes up his gun to kill.Romantic comedy with an Irish lilt (part 1 of a 3-part serial)… The year is 1975. The place is Ramhaillim Manor, a whimsical old mansion (which may or may not be haunted) on the west coast of Ireland. The girl is Sharon O’Shaughnessy, an Irish-American spitfire who has just inherited Ramhaillim from her Great-Aunt Deirdre – or half of it anyway, as Sharon discovers when she reaches Ireland and meets Rory Egan, the handsome Irishman who has inherited the other half of the house. This could be a good thing, because Sharon loves horses, and Rory is a horse breeder. Except Rory is also full of blarney, Sharon is quite sure. He’s an incorrigible rascal, and a smart girl shouldn’t believe a word he says. Sharon, of course, is a smart girl. You’ll never find her falling under the man’s roguish spell. Or will you? 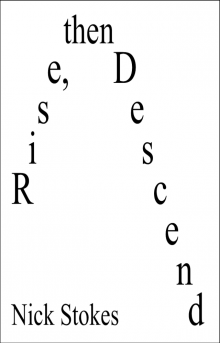 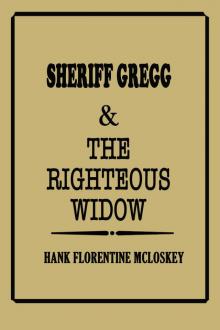 Hester Jones is a new arrival in Butterfield, a respectable widow who's inherited a farm up in the Smoky Hills. But is she all that she seems?The third short story in the 'Sheriff Gregg' series.Take your funny bone on an extraordinary adventure with Captain Tripp Vaguely! You will be hurled into immediate action as the Captain and his most trusted compatriot, Ghost-Tongue the Anasazi, trek deep into the jungles of darkest Africa to capture a legendary beast with cosmically-sighted goggles and a portable, gear-churned arsenal! These are just the tip of the extraordinary iceberg when the American bravado and Victorian gadgetry of Captain Tripp Vaguely is in play! Fast-paced action and dry wit ensue as the duo confronts both a race of humanoid arachnids and the Captain's arch-nemesis, the wicked and phonetic Doctor von Skaar! You'll laugh. You'll groan. You'll break a sweat!The Court of the Spider Queen is the first short story installment of the Extraordinary Adventures of Captain Tripp Vaguely and the first book in the Fascination Chronicles; a humorous adventure series by author, Ziggy Tausend and his Clandestine Tales. It introduces the reader to the Captain and his cohort, Ghost-Tongue while forging the first step toward his next mysterious but surely impossible goal. Poking fun whilst simultaneously embracing the pulp format of bygone years, the Extraordinary Adventures of Captain Tripp Vaguely are quick journeys through the fantastic. An Edisonade-style steampunk genre infused with mythology and humor, the Court of the Spider Queen is but the opening of the door into a realm without boundaries. Further releases will follow soon, as Clandestine Tales (clandestinetales.com) prepares to carry the reader into vast worlds of excitement. Visiting Clandestine Tales also offers extra glimpses into the background of the characters and helpful information such as a Glossary of Terms to fill in the gaps between the here and now and the Victorian past. 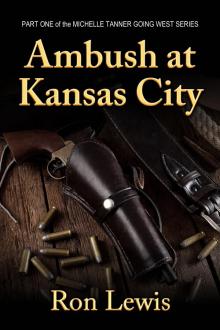 The Quadroon: Adventures in the Far West 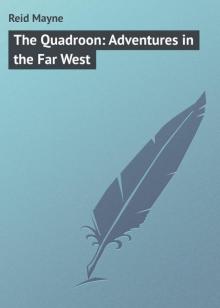 The Quadroon - Adventures in the Far West is presented here in a high quality paperback edition. This popular classic work by Mayne Reid is in the English language, and may not include graphics or images from the original edition. If you enjoy the works of Mayne Reid then we highly recommend this publication for your book collection. 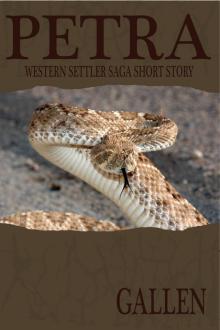 A deadly game of hunt and find, one wanting not to kill and the other demanding no less.Marshall Adam Pike knew outlaws, killers and families of men he imprisoned might come back for vengence. When Anton Petra did, the last notion Marshall Pike had would be worries that his daughter might be kidnapped. 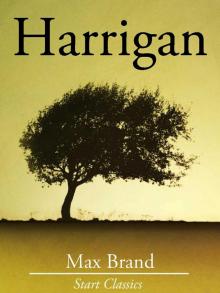 With gusts of wind fanning it roughly, the flame rose fast. Harrigan made other journeys to the rotten stump and wrenched away great chunks of bark and wood. He came back and piled them on the fire. It towered high, the upper tongues twisting among the branches of the tree. They laid Kate Malone between the windbreak and the fire. In a short time her trembling ceased; she turned her face to the blaze and slept.