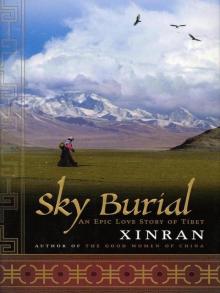 It was 1994 when Xinran, a journalist and the internationally acclaimed author of The Good Women of China, received a telephone call asking her to travel four hours to meet a woman who had just crossed the border from Tibet into China.

Xinran made the trip and met the woman, called Shu Wen, who recounted the story of her thirty-year odyssey in the vast landscape of Tibet. In Sky Burial, Xinran has re-created Shu Wen’s journey, painting an extraordinary portrait of a woman and a land, each at the mercy of fate and politics. It is an unforgettable, ultimately uplifting tale of love, loss, loyalty, and survival. 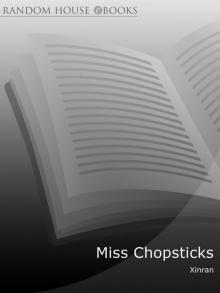 Sisters Three, Five and Six don't have much education, but they know two things for certain: their mother is a failure because she hasn't produced a son, and they only merit a number as a name. Women, their father tells them, are like chopsticks: utilitarian and easily broken.

But when they leave their home in the countryside to seek their fortune in the big city, their eyes are suddenly and shockingly opened. Together they find jobs, make new friends, and learn more than a few lessons about life... 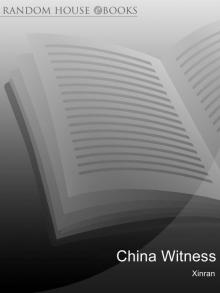 China Witness is the personal testimony of a generation whose stories have not yet been told. Here the grandparents and great-grandparents of today sum up in their own words - for the first and perhaps the last time - the vast changes that have overtaken China's people over a century. The book is at once a journey by the author through time and place, and a memorial to those who have lived through war and civil war, persecution, invasion, revolution, famine, modernization, Westernization - and have survived into the 21st century. We meet everyday heroes, now in their seventies, eighties and nineties, from across this vast country - a herb woman at a market, retired teachers, a legendary 'double-gun woman', Red Guards, oil pioneers, an acrobat, a female general, a lantern maker, taxi drivers, and more- those whose voices, as Xinran says, 'will help our future understand our past'. 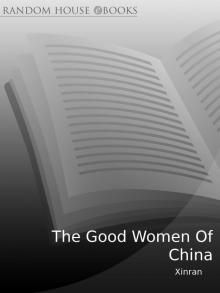 When Deng Xiaoping’s efforts to “open up” China took root in the late 1980s, Xinran recognized an invaluable opportunity. As an employee for the state radio system, she had long wanted to help improve the lives of Chinese women. But when she was given clearance to host a radio call-in show, she barely anticipated the enthusiasm it would quickly generate. Operating within the constraints imposed by government censors, “Words on the Night Breeze” sparked a tremendous outpouring, and the hours of tape on her answering machines were soon filled every night. Whether angry or muted, posing questions or simply relating experiences, these anonymous women bore witness to decades of civil strife, and of halting attempts at self-understanding in a painfully restrictive society. In this collection, by turns heartrending and inspiring, Xinran brings us the stories that affected her most, and offers a graphically detailed, altogether unprecedented work of oral history.