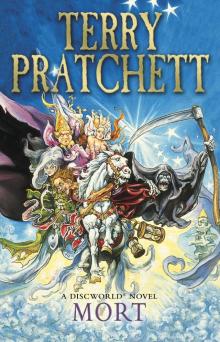 Wh
ich was going to be hard, because there wasn't one. The Creator had a lot of remarkably good ideas when he put the world together, but making it understandable hadn't been one of them.