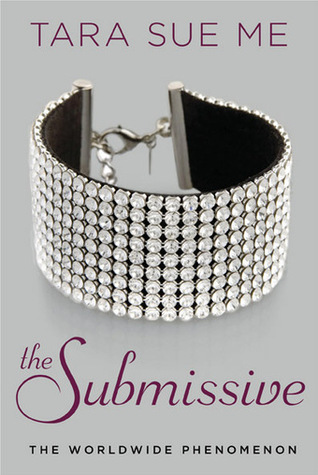 Author: Tara Sue Me CHAPTER ONE

I stood, wondered for the twenty-fifth time what I was doing, and went to open the door leading to the office I’d traveled across town to enter. On the other side was my darkest fantasy and by stepping inside I’d be making it a reality.

I was proud of the fact my hands didn’t shake as the door opened and I walked into his office.

Nathaniel West sat at a large mahogany desk, typing on a computer. He didn’t look up or slow his strokes. I might as well not even have entered, but I dropped my eyes just in case.

I stood still while I waited. Face looking at the floor, hands to my sides, feet spread to the exact width of my shoulders.

Outside the sun had set, but the lamp on Nathaniel’s desk gave a muted light.

Had it been ten minutes? Twenty?

He was still typing.

I counted my breaths. My heart finally slowed from the rocket speed it’d been racing at before I entered the office.

I started slightly, but kept my head down.

I heard him pick up a stack of papers and tap them into a pile. Ridiculous. From what I knew of Nathaniel West, they would have already been in a neat pile. It was another test.

He pushed his chair back, wheels rolling over the hardwood floor the only sound in the quiet room. He walked with measured, even steps until I felt him behind me.

A hand lifted my hair away from my neck and warm breath tickled my ear. “You have no references. ”

No, I didn’t. Just a crazy fantasy. Should I tell him? No. I should remain silent. My heart beat faster.

“I would have you know,” he continued, “that I’m not interested in training a submissive. My submissives have always been fully trained. ”

Crazy. I was crazy to be here. But it was what I wanted. To be under a man’s control.

No. Not any man. This man’s control.

“Are you sure this is what you want, Abigail?” He wrapped my hair around his fist and gave a gentle tug. “You need to be sure. ”

My throat was dry and I was fairly certain he heard my heart beating, but I stood where I was.

He chuckled and returned to his desk.

I’d seen his picture before. Everyone knew Nathaniel West, owner and CEO of West Industries.

The pictures didn’t do the man justice. His skin was lightly tanned and set off the deep green of his eyes. His thick dark hair begged you to run your fingers through it. To grab on it and pull his lips to your own.

His fingers tapped rhythmically on his desk. Long, strong fingers. I felt my knees go weak just thinking about what those fingers could do.

Across from me, Nathaniel gave the faintest of smiles and I made myself remember where I was. And why.

He spoke again. “I’m not interested in why you decided to submit your application. If I select you, and you are agreeable to my terms, your past won’t matter. ” He picked up the papers I recognized as my application and ruffled through them. “I know what I need to. ”

I recalled filling out the application—the checklists, the blood tests he’d required, the confirmation of the birth control I was on. Likewise, before today’s meeting, I’d been sent his information for review. I knew his blood type, his test results, his hard limits, and the things he enjoyed doing with, and to, play partners.

We stood in silence for several long minutes.

Silence again as he stood and walked to the large window behind his desk. It was completely dark and I saw his reflection in the glass. Our eyes met and I looked down.

“I rather like you, Abigail King. Although I don’t recall telling you to look away. ”

I hoped I hadn’t messed up beyond redemption and looked back up.

“Yes, I think a weekend test is in order. ” He turned from the window and loosened his tie. “If you agree, you will come to my estate this Friday night at six exactly. I’ll have a car pick you up. We’ll have dinner and take it from there. ”

He placed his tie on the couch to his right and unbuttoned the top button of his shirt. “I have certain expectations of my submissives. You are to get at least eight hours of sleep every Sunday through Thursday night. You will eat a balanced diet—I will have a meal plan emailed to you. You will also run one mile, three times a week. Twice a week you will engage in strength and endurance training at my gym. A membership will be created for you starting tomorrow. Do you have any concerns about any of this?”

Another test. I didn’t say anything.

He smiled. “You may speak freely. ”

“You must learn not to let your weakness rule you, Abigail. ” He walked to his desk and wrote something down. “Three times a week you will also attend yoga classes. They have these at the gym. Anything else?”

I shook my head.

“Very well. I will see you Friday night. ” He held out some papers to me. “These will have everything you need to know. ”

I took the papers. And waited.

He smiled again. “You are excused. ”

The door to the apartment next to mine opened as I walked by. My best friend, Felicia Kelly, stepped out into the hallway. Felicia and I had been friends forever, having grown up together in the same small Indiana town. Throughout elementary and middle school we sat side by side, thanks to the alphabetical seating arrangements. After high school graduation, we attended the same college in New York, where we quickly learned that if we wanted to remain best friends, we should live as neighbors and not roommates.

Though I loved her like the sister I’d never had, she could at times be bossy and overbearing. Likewise, my need for regular quiet time drove her mad. And, apparently, so had my meeting with Nathaniel.

“Abby King!” Her hands were on her hips. “Did you have your phone off? You went to see that West guy, didn’t you?”

I just smiled at her.

“I know. Tell me, why do you bother?” I asked as she followed me inside. Settling down on the couch, I started reading the papers Nathaniel had given me. “By the way, I won’t be here this weekend. ”

Felicia gave a loud sigh. “You went. I knew you would. Once you get an idea in your head, you just move right on ahead. You don’t even think about the outcome. ”

“You think you’re so smart. Well, what do you think the library will say about this? What will your father think?”

My father still lived in Indiana, and though we weren’t close, I was certain he’d have a definite opinion about my visit to Nathaniel’s office. A very negative opinion. Regardless, there was no way anyone was going to discuss my sex life with him.

I set the papers down. “You’re not saying a word to my dad and my personal life isn’t the library’s business. Got it?”

Felicia sat down and examined her nails. “I don’t got anything. ” She grabbed the papers. “What are these?”

“Give those back. ” I yanked the papers from her.

“Really,” she said. “If you want to be dominated so badly, I know s
everal men who would be more than willing to oblige. ”

“So you’re going to march into a strange man’s house and let him do who-knows-what to you?”

She walked over to my laptop and turned it on. “So what is it like, exactly?” She leaned back in her chair while the screen booted up. “Being a rich man’s mistress?”

“I’m not his mistress. I’m his submissive. Make yourself at home, by the way. Please, feel free to use my laptop. ”

She typed frantically on the keyboard. “Right. Submissive. That’s so much better. ”

“It is. Everyone knows that the submissive holds all the power in the relationship. ” Felicia hadn’t done the research I had.

“Does Nathaniel West know that?” She had pulled up Google and was searching Nathaniel’s name. Fine. Let her find him.

All at once, his handsome face filled the screen. He was looking at us with those piercing green eyes. One arm was wrapped around a beautiful blonde at his side.

Mine, the stupid side of my brain said.

This Friday night through Sunday afternoon, the more responsible side countered.

“My predecessor, I suppose,” I mumbled, returning to reality. I was an idiot. To think he’d want me after he had that.

“You’ve got some pretty high stilettos to fill, girlfriend. ”

I only nodded. Felicia noticed, of course.

“Damn it, Abby. You don’t even wear stilettos. ”

Felicia shook her head and clicked the next link. I looked away, not needing to see another shot of the blonde goddess.

I looked up to see a picture of another handsome man. Jackson Clark, New York quarterback, the caption said.

“You didn’t tell me he was related to a professional football player. ”

I didn’t know. But it’d do no good to tell Felicia any of this—she was no longer paying me any attention.

“I wonder if Jackson is married,” she mumbled, clicking on links to bring up more information on his family. “Doesn’t look like it. Hmm, maybe we can pull up more detail on the blonde chick. ”

“Don’t you have anything better to do?”

“Nope,” she said. “Nothing to do but sit here and make your life miserable. ”

“Show yourself out,” I said, walking into my bedroom. She could spend all night digging up whatever she wanted on Nathaniel—I had reading to do.

I took the papers Nathaniel had given me and curled up on my bed, tucking my legs up under me. The first page had his address and contact information. His estate was a two-hour drive from the city, and I wondered if he had another property, closer to town. He had also given me the security code to get through his gate and his cell phone number should I need anything.

Or in case you come to your senses, that annoying smart part of my brain chimed in.

The second page had the details of my gym membership, and the exercise program I would have to follow. I swallowed the unease thoughts of running brought up. More details followed on the strength and endurance classes he wanted me to take. At the bottom, in very neat cursive, was the name and number of the yoga instructor.

Page three informed me I’d have no need to bring any bags with me on Friday. Nathaniel would provide all the toiletries and clothing I needed. Interesting, that. But what else did I expect? It also contained the same instructions he’d given me earlier—eight hours of sleep, balanced meals—nothing new there.

Nathaniel West was thirty-four years old. His parents had died in a car accident when he was ten. Linda Clark, his aunt, raised him after that.

Nathaniel took over his father’s business at the age of twenty-nine. He took what was already a profitable business and made it even more so.

I’d known about him for ages. Knew of him in that society-page way that those in the lower classes know of the upper class. The papers painted him as a hard ass. A real bastard. But I liked to think I knew a bit more about the real man.