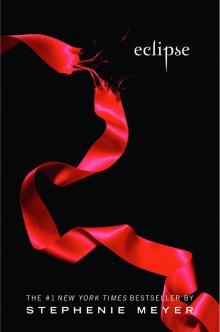 To my husband, Pancho,

for your patience, love, friendship, humor,

and willingness to eat out.

And also to my children, Gabe, Seth, and Eli,

for letting me experience the kind of love that people freely die for.

Some say the world will end in fire, Some say in ice.

From what I've tasted of desire I hold with those who favor fire.

But if it had to perish twice, I think I know enough of hate To say that for destruction ice Is also great And would suffice.

ALL OUR ATTEMPTS AT SUBTERFUGE HAD BEEN IN VAIN.

With ice in my heart, I watched him prepare to defend me. His intense concentration betrayed no hint of doubt, though he was outnumbered. I knew that we could expect no help - at this moment, his family was fighting for their lives just as surely as he was for ours.

Would I ever learn the outcome of that other fight? Find out who the winners and the losers were? Would I live long enough for that?

The odds of that didn't look so great.

Black eyes, wild with their fierce craving for my death, watched for the moment when my protector's attention would be diverted. The moment when I would surely die.

Somewhere, far, far away in the cold forest, a wolf howled.

The Twilight Saga 3: Eclipse by Stephenie Meyer / Young Adult / Fantasy have rating 5.1 out of 5 / Based on41 votes