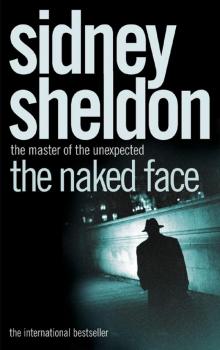 AT TEN MINUTES before eleven in the morning, the sky exploded into a carnival of white confetti that instantly blanketed the city. The soft snow turned the already frozen streets of Manhattan to gray slush and the icy December wind herded the Christmas shoppers toward the comfort of their apartments and homes.

On Lexington Avenue the tall, thin man in the yellow rain slicker moved along with the rushing Christmas crowd to a rhythm of his own. He was walking rapidly, but it was not with the frantic pace of the other pedestrians who were trying to escape the cold. His head was lifted and he seemed oblivious to the passersby who bumped against him. He was free after a lifetime of purgatory, and he was on his way home to tell Mary that it was finished. The past was going to bury its dead and the future was bright and golden. He was thinking how her face would glow when he told her the news. As he reached the corner of Fifty-ninth Street, the traffic light ambered its way to red and he stopped with the impatient crowd. A few feet away, a Salvation Army Santa Claus stood over a large kettle. The man reached in his pocket for some coins, an offering to the gods of fortune. At that instant someone clapped him on the back, a sudden, stinging blow that rocked his whole body. Some overhearty Christmas drunk trying to be friendly.

Or Bruce Boyd. Bruce, who had never known his own strength and had a childish habit of hurting him physically. But he had not seen Bruce in more than a year. The man started to turn his head to see who had hit him, and to his surprise, his knees began to buckle. In slow motion, watching himself from a distance, he could see his body hit the sidewalk. There was a dull pain in his back and it began to spread. It became hard to breathe. He was aware of a parade of shoes moving past his face as though animated with a life of their own. His cheek began to feel numb from the freezing sidewalk. He knew he must not lie there. He opened his mouth to ask someone to help him, and a warm, red river began to gush out and flow into the melting snow. He watched in dazed fascination as it moved across the sidewalk and ran down into the gutter. The pain was worse now, but he didn't mind it so much because he had suddenly remembered his good news. He was free. He was going to tell Mary that he was free. He closed his eyes to rest them from the blinding whiteness of the sky. The snow began to turn to icy sleet, but he no longer felt anything.