In a whisper, Zhang asked, “What are you saying, Father?”

She had never heard her father’s voice shake, but it did when he said, “Tell me that you know this man, Zhang. Tell me this is nothing more than a staged bride-napping elopement and that you will marry him. Make this right for your mother, for our community, for me . . . and for yourself. ”

Sinking into the chair beside the phone, Zhang wiped her face dry. It didn’t matter how much money she made, or how many places she went in her life, she was her father’s daughter. His respect meant more to her than public opinion. His honor was worth any sacrifice. “I will,” she swore as she came to a decision. “Tell Mother that she’ll need to go shopping because she is going to attend a royal wedding. ”

A moment of silence followed. Then her father said, “You will make a fine princess, Daughter. ”

Zhang laughed, even though she found little humor in his words. “I’m sure I’ll be one they’ll remember. ”

I thought I did.

This wasn’t quite how I imagined it, though.

You have to be very careful when you make wishes – and apparently be quite specific.

Dear Universe, I’d like to submit a short amendment to my earlier request. Is it at all possible to find love and not be asked to give up everything I’ve worked so hard for?

No answer came, but she hadn’t expected it to.

I have to stop wasting time asking for the impossible and imagining there is a greater design to all this chaos. I’m on my own, just as I’ve always been.

This will only be as bad as I let it get.

Rachid’s first offer had been for a temporary marriage, one that would appease public opinion and allow us to divorce in a year. I should have accepted that offer, but perhaps it’s not too late. He needs me to agree to marry him and doesn’t know that I’ve decided to marry him. I built a billion-dollar company from nothing, surely I can negotiate my way out of this.

A contract that protects my assets.

“I’ll call you soon with more details about this week,” Zhang told her father and hung the phone up. Slowly, she crossed the hall again, re-entered her suite and locked the door behind her.

I’m getting married on Saturday.

Images of Rachid flashed through her mind. His surprised expression when she’d impulsively kissed him at the wedding. His relaxed, proud features as he slept beside her on the plane. That quick, sexy smile. The deep rumble of his laughter when she teased him. His amusement when she threatened him.

She turned the key over in her hand thoughtfully. A memory of crying out Rachid’s name as he thrust into her again and again, bringing her to a dizzying height of passion, sent a tingle of heat through her. Could a temporary marriage be a passionate one? She steeled herself against a wave of longing.

No, that would be a dangerous mistake.

A woman could lose herself in a bargain like that. Better to keep the arrangement as business-like as possible.

Zhang hid the key in one of the drawers of a bureau near the door.

If I’m not smart about this, I could lose everything.

Zhang was perched on one of the chairs in the parlor of her suite when she heard the door open. She didn’t look up from the floor. She’d spent the last few hours mentally rehearsing exactly what she would say to Rachid.

Would he be angry or relieved?

“Zhang?” Rachid asked softly, but she still didn’t turn. It wasn’t like her to delay the unpleasant, but she knew that things would change between them as soon as she said her peace. He’d no longer have a reason to pretend she was anything more to him than a mistake that he was going to marry for political reasons. No matter what he said or how much it hurt, it was better than continuing this illusion that there was anything between them.

Still, there was something about his concern, even if it might be forced, that she craved. What would it be like to be loved, truly loved, by a man who was her equal? In the safety of that love, would she find a place where she didn’t have to be strong every moment of the day?

He squatted down in front of her and cupped her face gently in one hand. When she refused to meet his eyes, he laid a small bouquet on her lap and said, “I brought these for you. ”

Tangible evidence of how far he was willing to take this farce. Next he would proclaim that he loved her and really break her heart. She took a shaky breath and gathered her resolve.

He took both of her hands in his and said softly, “Don’t be sad, Zhang. Throw the flowers in my face. I like it better when you hate me. ”

She shook her head sadly and touched the delicate white petals absently. “I don’t hate you. I want to hate you, but I don’t. I did this to myself. ”

He wrapped his arms around her waist and tucked her head beneath his chin. “I’m as at fault as you are,” he said huskily.

Zhang sighed and allowed herself a moment of comfort. What if this was all she’d ever have? She should savor the last moments of it. She fought a sudden desire to rub herself wantonly against the growing proof that he was equally affected by their nearness. “I’m still angry with you. ”

She felt him smile into her hair. “I know. ”

She pulled back and looked up into his eyes. “I don’t like to be told what to do. ”

The corners of his eyes crinkled with humor. “I would never have guessed. ”

Zhang shifted uncomfortably beneath the intensity of those dark and dangerous eyes. Just say it. Just tell him and then explain the new rules to him.

He groaned and said, “Don’t move. I can’t concentrate when you do that, and we have to talk. ”

The evidence of his need for her was pulsing beneath her, sending her own heart beating at a dizzying rate. She looked down to hide her own mounting excitement. Her body clenched and moistened in memory of how expertly he had explored and teased every corner of her body. She knew the power of his back muscles as they rippled beneath her hands, the taste of his skin, the heat of his breath tickling her intimately. Too clearly, she remembered the shudder he gave just before his release.

I need to tell him that I’ll marry him – as long as there are certain conditions to the agreement. First rule: none of this. This is just torture.

“Are you listening to anything I’m saying, Zhang?” he murmured into her ear.

He chuckled softly and kissed her neck. Zhang couldn’t suppress the shiver that rocked through her. “Would it be so bad to spend each night in my arms? Marry me and we can continue what we started on our first night together. ”

“If I marry you,” Zhang started to say, her voice husky with the passion she was about to deny.

His sexy smile shook her resolve. He ran a hand through her hair, looking far too pleased with himself. “If – I see we’re making progress. ”

She took his hand in hers to cease the distraction. “I’m willing to negotiate the terms of how it could be possible. ” His free hand settled on one of her thighs and began a gentle caress that scrambled Zhang’s thoughts for a moment. She trapped that offender beneath her other hand and said, “You originally said we could marry and divorce within a year. Six months would be better for me. ” She placed both of his hands on the arms of the chair they sat in and held them there. “And it would be best if we kept things platonic between us. Sex is only going to confuse the situation. ”

He grew very still. “Are those all of your cond
itions?” There was something dangerous in his softly spoken question.

She met his eyes boldly. “No. I also want you to sign a contract that protects my company, Eight Lions Developments, from your interference or ownership. I don’t need your help running it. I can rely heavily on my team for a while if I have to, but I can’t hand over control of my company to anyone. ”

He tensed beneath her like a cat preparing to pounce. “Is that it?”

His expression was impossible to read. “Yes,” Zhang said.

Would he come back with terms of his own?

She waited and forgot to breathe.

“I will sign a contract that protects your assets. You don’t trust me yet and there likely isn’t time to rectify that before we marry. ”

Zhang let out a sigh of relief.

He freed one hand and rubbed one thumb possessively over her jawline. “There is a problem, however, with the rest of your conditions. ”

“You’re mine now, Zhang, and our marriage will be a real one. ” He leaned down and whispered against her lips. “I will have you in my bed every night. ” With a gentle turn of her head he gave himself access to her neck, and his hot breath tickled it as he laid verbal claim to her. “I will find pleasure in your body as you will find pleasure in mine. Mine will be the only name you will ever call out in ecstasy. You belong to me now. ”

No, that sounds dangerous. I’ve worked way too hard for my independence to trade it for a lifetime of orgasms.

“I don’t belong to anyone,” Zhang denied, but her voice was thick with passion. “Six months is all I can give you, and sex is not part of the deal. ”

His other hand snuck up one leg and slipped beneath the material of her dress, laying claim to one of her thighs for a moment, then moving higher. Warm, firm and seeking. He whispered, “Then we’ll have to renegotiate the terms, won’t we?”

His mouth was on hers, demanding a response that Zhang found she could not deny. His tongue swept into her mouth, teasing, claiming. Zhang met his thrusting tongue with her own, fighting not to lose herself. She shuddered as his thumb eased the silk of her panties aside and began to rhythmically caress her nub.

Giving in to him now would be a real mistake.

Some mistakes were too good not to make.

She eased her legs apart slightly to allow him better access. The rhythm of his caress increased and a slow warmth began to build within her. “Why try to deny what’s between us?” Rachid murmured. “You want this as much as I do. ”

Coherent arguments dissolved as his index finger joined his thumb and began to gently stroke her most sensitive spot. Heat ripped through her at a level almost too intense to be pleasurable. She gripped his forearm with one hand as her resolve melted.

A lifetime of this might not be as bad as I imagine.

“Marry me. Keep your company, but give me this,” he whispered against her mouth. Zhang shuddered with pleasure when he slid one finger inside of her and rolled it gently, continuing a steady external rhythm with his thumb. “Give yourself to me. ” 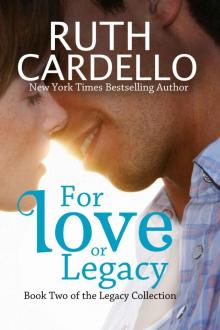 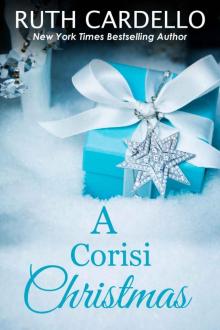 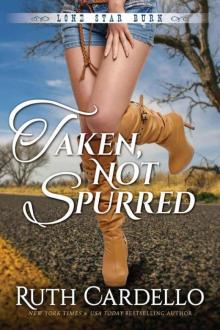 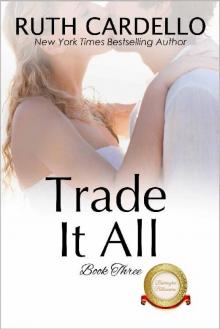 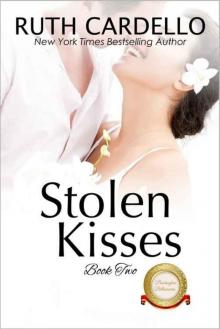 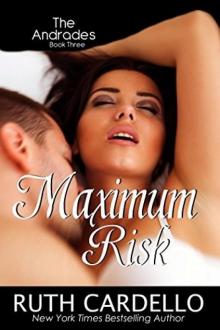 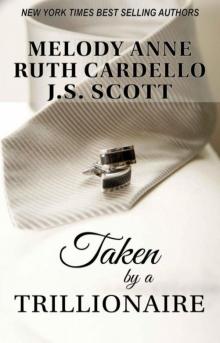