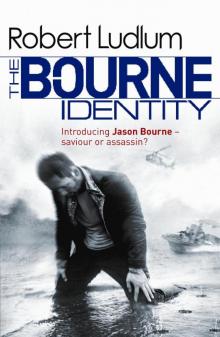 DIPLOMATS SAID TO BE LINKED

Paris, 10 July - France expelled three high-ranking Cuban diplomats today in connection with the world-wide search for a man called Carlos, who is believed to be an important link in an international terrorist network.

The suspect, whose real name is thought to be Ilich Ramirez Sanchez, is being sought in the killing of two French counter-intelligence agents and a Lebanese informer at a Latin Quarter aparI'ment on 27 June.

The three killings have led the police here and in Britain to what they feel is the trail of a major network of international terrorist agents. In the search for Carlos after the killings, French and British policemen discovered large arms caches that linked Carlos to major terrorism in West Germany and led them to suspect a connection between many terrorist acts throughout Europe.

Since then Carlos has been reported seen in London and in Beirut, Lebanon.

London (AP) - Guns and girls, grenades and good suits, a well-stuffed wallet, airline tickets to romantic places and nice aparI'ments in half a dozen world capitals. This is the portrait emerging of a jet-age assassin being sought in an international manhunt

The hunt began when the man answered his doorbell In Paris and shot dead two French intelligence agents and a Lebanese informer. It has put four women into custody in two capitals, accused of offences in his wake. The assassin himself has vanished - perhaps in Lebanon, the French police believe.

In the past few days in London, those acquainted with him have described him to reporters as good looking, courteous, well educated, wealthy and fashionably dressed.

But his associates are men and women who have been called the most dangerous in the world. He is said to be linked with the Japanese Red Army, the Organization for the Armed Arab Struggle, the West German Baader-Meinhof gang, the Quebec Liberation Front, the Turkish Popular Liberation Front, separatists in France and Spain and the Provisional wing of the Irish Republican Army.

When the assassin travelled - to Paris, to the Hague, to West Berlin - bombs went off, guns cracked and there were kidnappings.

A breakthrough occurred in Paris when a Lebanese terrorist broke under questioning and led two intelligence men to the assassin's door on 27 June. He shot all three to death and escaped. Police found his guns and notebooks containing 'death lists' of prominent people.

Yesterday the London Observer said police were hunting for the son of a Venezuelan Communist lawyer for questioning in the triple slaying. Scotland Yard said, 'We are not denying the report', but added there was no charge against him and he was wanted only for questioning.

The Observer identified the hunted man as Ilich Ramirez Sanchez, of Caracas. It said his name was on one of the four passports found by French police when they raided the Paris flat where the slayings took place.

The newspaper said Ilich was named after Vladimir Ilyich Lenin, founder of the Soviet state, and was educated in Moscow and speaks fluent Russian.

In Caracas, a spokesman for the Venezuelan Communist Party said Ilich is the son of a seventy-year-old Marxist lawyer living 450 miles west of Caracas, but 'neither father nor son belong to our party'.

He told reporters he did not know where Ilich was now.

The trawler plunged into the angry swells of the dark, furious sea like an awkward animal trying desperately to break out of an impenetrable swamp. The waves rose to Goliathan heights, crashing into the hull with the power of raw tonnage; the white spray caught in the night sky cascaded down over the deck under the force of the night wind. Everywhere there were the sounds of inanimate pain, wood straining against wood, ropes twisting, stretched to the breaking point. The animal was dying.

Two abrupt explosions pierced the sounds of the sea and the wind and the vessel's pain. They came from the dimly lit cabin that rose and fell with its host body. A man lunged out of the door grasping the railing with one hand, holding his stomach with the other.

A second man followed, the pursuit cautious, his intent violent. He stood bracing himself in the cabin door; he raised a gun and fired again. And again.

The man at the railing whipped both his hands up to his head, arching backwards under the impact of the fourth bullet. The trawler's bow dipped suddenly into the valley of two giant waves lifting the wounded man off his feet; he twisted to his left unable to take his hands away from his head. The boat surged upwards, bow and midships more out of the water than in it, sweeping the figure in the doorway back into the cabin, a fifth gunshot fired wildly. The wounded man screamed, his hands now lashing out at anything he could grasp, his eyes blinded by

blood and the unceasing spray of the sea. There was nothing he could grab, so he grabbed at nothing; his legs buckled as his body lurched forward. The boat rolled violently leeward and the man whose skull was ripped open plunged over the side into the madness of the darkness below.

He felt rushing cold water envelop him, swallowing him, sucking him under, and twisting him in circles, then propelling him up to the surface - only to gasp a single breath of air. A gasp and he was under again.

And there was heat, a strange moist heat at his temple that seared through the freezing water that kept swallowing him, a fire where no fire should burn. There was ice, too; an icelike throbbing in his stomach and his legs and his chest, oddly warmed by the cold sea around him. He felt these things, acknowledging his own panic as he felt them. He could see his own body turning and twisting, arms and feet working frantically against the pressures of the whirlpool. He could feel, think, see, perceive panic and struggle - yet strangely there was peace. It was the calm of the observer, the uninvolved observer, separated from the events, knowing of them but not essentially involved.

Then another form of panic spread through him, surging through the heat and the ice and the uninvolved recognition. ' He could not submit to peace. Not yet! It would happen any second now; he was not sure what it was, but it would happen. He had to be there.

He kicked furiously, clawing at the heavy walls of water above, his chest bursting. He broke surface, thrashing to stay on top of the black swells. Climb up! Climb up!

A monstrous rolling wave accommodated; he was on the crest, surrounded by pockets of foam and darkness. Nothing. Turn! Turn!

It happened. The explosion was massive; he could hear it through the clashing waters and the wind, the sight and the sound somehow his doorway to peace. The sky lit up like a fiery diadem and within that crown of fire, objects of all shapes and sizes were blown through the light into the outer shadows.

He had won. Whatever it was, he had won.

Suddenly, he was plummeting downwards again, into an abyss again. He could feel the rushing waters crash over his

shoulders, cooling the white hot heat at his temple, warming the ice cold incisions in his stomach and his legs and . . .

His chest. His chest was in agony! He had been struck - the blow crushing, the impact sudden and intolerable. It happened again! Let me alone. Give me peace.

And he clawed again, and kicked again . . . until he felt it. A thick, oily object that moved only with the movements of the sea. He could not tell what it was, but it was there and he could feel it, hold it.