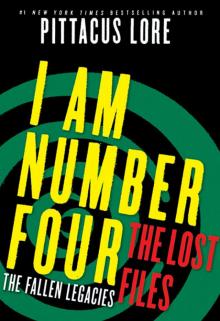 Sometimes I wonder what they would think if they knew we were here. Right under their noses.

I’m sitting with my best friend, Ivan, on the grassy, crowded National Mall, the stupid stone obelisk of the Washington Monument looming above us. I’ve put my homework aside for the moment, and as I watch the tourists studying their maps, the lawyers and officials scurrying obliviously down Independence Avenue to their next meeting, I’m almost amused. They’re so caught up with silly fears about UV rays and chemicals in their vegetables and meaningless “terrorist threat levels” and whatever else it is that these people worry about, that it never occurs to them that two kids working on their homework in the grass are the real threat. They have no idea that there’s nothing they can do to protect themselves. The true enemy is already here.

“Hey!” I sometimes want to shout, waving my arms. “I’m your future evil dictator! Tremble before me, jerks!”

Of course I can’t do that. Not yet. That time will come. In the meantime, they can all stare right through me as if I’m just another normal face in the crowd. The truth is I’m anything but normal, even if I do my best to look it. On Earth, assimilation protocol demands that I be known as Adam, son of Andrew and Susannah Sutton, citizen of Washington DC. But that’s not who I am at all.

I am Adamus Sutekh, son of the great general Andrakkus Sutekh.

I am a Mogadorian. I am who they should be afraid of.

Unfortunately, for now, being an alien conqueror isn’t as exciting as it should be. At the moment I’m still stuck doing my homework. My father has promised me that this won’t last forever; when the Mogadorians ascend to power on this crappy little planet, I will control the capital city of the United States. Trust me, after spending the last four years in this place, I’ve got a pretty good idea of some changes I’ll make. The first thing I’ll do is rename all the streets. None of this Independence, Constitution stuff—this weak, stupid patriotism. When I’m in charge, no one will even be able to remember what the Constitution is. When I’m in charge, my avenues will carry titles of appropriate menace.

“Blood of Warriors Boulevard,” I murmur to myself, trying to decide if it has a good ring to it. Hard to say. “Broken Sword Way . . . ”

“Huh?” Ivan asks, glancing up from his spot on the grass next to me. He’s lying on his stomach, a pencil held across his index finger like a makeshift blaster. While I dream of the day I’ll be the ruler of all I survey, Ivan imagines himself as a sniper, picking off Loric enemies as they leave the Lincoln Memorial. “What did you say?”

Ivanick Shu-Ra, son of the great warrior Bolog Shu-Ra, shrugs his shoulders. Ivan has never been much for fantasies that don’t include some kind of bloody combat. His family claims a distant relation to our Beloved Leader, Setrákus Ra, and if Ivan’s size is any indication, I’m inclined to believe them. Ivan’s two years younger than me but is already bigger, broad shouldered and thick while I am lithe and agile. He already looks like a warrior and keeps his coarse black hair cropped close, eager for the day when he’ll be able to shave it off entirely and take on the ceremonial Mogadorian tattoos.

I still remember the night of the First Great Expansion, when my people conquered Lorien. I was eight years old that night, too old to be crying, but I cried anyway when I was told I’d be staying in orbit above Lorien with the women and children. My tears only lasted a few seconds until the General slapped some sense into me. Ivan watched my tantrum, dumbly sucking his thumb, maybe too young to realize what was happening. We watched the battle from our ship’s observatory with my mother and infant sister. We clapped as flames spread across the planet below us. After the fight was won and the Loric people were destroyed, the General returned to our ship covered in blood. Despite the triumph, his face was serious. Before saying anything to my mother or me, he knelt before Ivan and explained that his father had died in service to our race. A glorious death, befitting a true Mogadorian hero. He rubbed his thumb across Ivan’s forehead, leaving a trail of blood. A blessing.

As an afterthought, the General did the same to me.

After that, Ivan, whose mother had died during childbirth, came to live with us and was raised as my brother. My parents are considered lucky to have three trueborn children.

I’m not always sure that my father feels lucky to have me, though. Whenever my test scores or physical evaluations are less than satisfactory, the General jokes that he might have to transfer my inheritance to Ivan.

My gaze drifts towards a family of sightseers as they cross the lawn, each of them taking in the world through digital cameras. The father pauses to snap a series of photos of the Monument, and I briefly reconsider my plans to demolish it. Instead, perhaps I could make it taller; maybe install a penthouse for myself in the uppermost floor. Ivan could have the room below mine.

The daughter of the tourist family is probably about thirteen, like me, and she’s cute in a shy way, with a mouth full of braces. I catch her looking at me and find myself unconsciously shifting into a more presentable position, sitting up straighter, tilting my chin down to hide the severe angle of my too-large nose. When the girl smiles at me, I look away. Why should I care what some human thinks of me?

We must always remember why we are here.

“Does it ever amaze you how easily they accept us as their own?” I ask Ivan.

“Never underestimate human stupidity,” he says, reaching over to tap the blank page of homework sitting next to me. “Are you going to finish this shit or what?”

The homework lying next to me isn’t mine—it’s Ivan’s. He’s waiting for me to do it for him. Written assignments have always given him problems, whereas the right answers come easily to me.

I glance down at the assignment. Ivan is supposed to write a short essay on a quote from the Great Book—the book of Mogadorian wisdom and ethics that all of our people must learn and live by—interpreting what Setrákus Ra’s writing means to him personally.

“‘We do not begrudge the beast for hunting,’” I read aloud, although like most of my people I know the passage by heart. “‘It is in the beast’s nature to hunt, just as it is in the Mogadorian’s nature to expand. Those that would resist the expansion of the Mogadorian Empire, therefore, stand in opposition to nature itself. ’”

I look over at Ivan. He’s taken aim on the family I was watching before, making high-pitched laser beam noises through gritted teeth. The girl with the braces frowns at him and turns away.

“I don’t know,” he grunts. “That our race is the most badass, and everyone else should deal with it. Right?”

I pick up my pen and start to scribble something down, but am interrupted by the chime of my cell phone. I figure it’s a text message from my mother, asking me to pick up something from the store on my way home. She’s really taken to cooking over the last couple years, and, I’ll admit it, the food here on Earth blows away what we used to get on Mogadore. What they consider “processed” here would be treasured on my home planet, where food—among other things—is grown in subterranean vats.

The text isn’t from Mom, though. The message is from the General.

“Shit,” I say, dropping my pen as if the General had just caught me helping Ivan cheat.

My father never sends text messages. The act is beneath him. If the General wants something, we’re supposed to anticipate what it is before he even has to ask. Something really important must have happened.

Ivan and I take the Metro out of DC, pick up our bikes at the train station and pedal into the suburbs as fast as we can. When we finally zip through the gated entrance of Ashwood Estates, I’ve fallen at least thirty yards behind him. I blame my sweat-dampened T-shirt on the unseasonable warmth and my feeling of nausea on the ominous text message from my father.

Ashwood Estates is identical to many of the wealthy gated communities outside of Washington—or at least it looks identical. But instead of being owned by politicians and their families, the mansions and immaculately maintained lawns behind the front gates are owned by my people, the Mogadorians, Earth’s soon-to-be conquerors. And the homes themselves are only a tiny part of the real Ashwood Estates. Underneath the houses is a huge maze of tunnels that connect the many Mogadorian facilities that are the true purpose of this place.

I’ve only been granted access to small parts of our underground headquarters. I have no idea how far they extend or how deep below the Earth they reach. But I know that this sprawling underground network houses many laboratories, weapons stores, training facilities and probably more secrets that I can’t yet begin to guess at. It’s also down there that the vat-born live.

If it wasn’t for our Beloved Leader, Setrákus Ra, the Mogadorian race would have never survived long enough to begin the Great Expansion. Over the last hundred years, for reasons that are still mostly unknown, it has become more and more difficult for Mogadorians to bear children. By the time Kelly was born, natural Mogadorian births were so rare that our ancient, proud species was in grave danger of dying out entirely. When children were able to be conceived, Mogadorian women, like Ivan’s mother, often died during childbirth. Because of this, Setrákus Ra and a team of scientists had been working to artificially breed a new generation of Mogadorians. Rather than being birthed in the usual way, our vat-born Mogadorian brothers and sisters are grown in giant chemical vats, from which they eventually emerge, fully grown and ready for battle. These vat-born not only ensure the continued existence of Mogadorian life but, with their heightened strength, speed and stamina, are also the backbone of our army.

Besides their increased physical prowess, the vat-born are different from trueborn Mogadorians like me in other ways too. They’ve been engineered to be physically suited for war, but to be soldiers rather than officers. In his wisdom, Setrákus Ra has created them to be more single-minded than trueborn Mogadorians—almost machine-like in their adherence to the tasks they’re assigned—and as natural warriors, what they have in the way of rational thought often gives way to rage and bloodlust. But the most important difference between the vat-born and the trueborn, at least here on Earth, is the fact that they look different from the rest of us. While the trueborn are able to pass amid humans, the vat-born are not. Their skin is ghostly pale from subterranean living, and their teeth are small and sharp for close combat rather than eating. This is why, until we are able to reveal ourselves, they are only rarely allowed to show their faces in daylight.

So when I see the vat-born openly celebrating on the lawns of Ashwood Estates alongside their trueborn betters, I know something huge is happening.