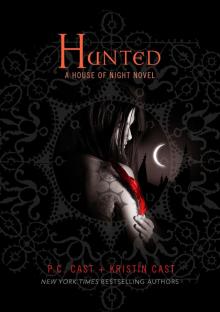 The dream began with the sound of wings. In retrospect I realize I should have known that was a bad sign, what with the Raven Mockers being set loose and all, but in my dream it was just background noise, kinda like a fan whirring or the TV turned on to the QVC.

In my dream I was standing in the middle of a beautiful meadow. It was night, but there was an enormous full moon hovering just above the trees that framed the meadow. It cast a silver blue light strong enough to throw shadows and made everything look like it was underwater, an impression that was strengthened by the gentle breeze blowing the soft grasses against my bare legs in sweeps and whirls like waves lapping sweetly against a shore. That same wind was lifting my thick dark hair from my naked shoulders and it felt like silk floating against my skin.

I looked down and let out a little yip of surprise. I was wearing a seriously short buckskin minidress. The top of it was cut in a wide V, front and back, so that it hung off my shoulders, leaving lots of skin visible. The dress itself was amazing. It was white and decorated with fringe, feathers, and shells and seemed to glow in the moonlight. All over it was beaded with intricate designs that were impossibly beautiful.

My imagination is so darn cool!

The dress tickled a memory, but I ignored it. I didn't want to think too hard--I was dreaming! Instead of pondering d?j? vu moments I danced gracefully through the meadow, wondering if Zac Efron or even Johnny Depp was going to suddenly appear and flirt outrageously with me.

I peeked around as I twirled and swayed with the wind and thought I saw the shadows flicker and move oddly within the massive trees. I stopped and was trying to squint so I could get a closer look at what was going on in the darkness. Knowing me and my weird dreams, I'd created bottles of brown pop hanging from the limbs like bizarre fruit, just waiting for me to pick them.

That's when he appeared.

At the edge of the meadow, just inside the shadows of the trees, a shape materialized. I could see his body because the moonlight caught the smooth, naked lines of his skin. Naked?

I stopped. Had my imagination lost its mind? I wasn't really up to frolicking around a meadow with a naked guy, even if he was the amazingly mysterious Mr. Johnny Depp.

"You hesitate, my love?"

Q twidAt the sound of his voice a shiver passed through my body, and terrible, mocking laughter whispered through the leaves of the trees.

"Who are you?" I was glad that my dream voice didn't betray the fear I was feeling.

His laughter was as deep and beautiful as his voice, and as frightening. It echoed in the limbs of the watching trees until it drifted almost visible in the air around me.

"Do you pretend you do not know me?"

His voice brushed against my body, making the little hairs on my arms stand up.

"Yeah, I know you. I made you up. This is my dream. You're a mixture of Zac and Johnny. " I hesitated, peering at him. I spoke nonchalantly even though my heart was beating like crazy because it was already obvious this guy was not a mixture of those two actors. "Well, maybe you're Superman or Prince Charming," I said, reaching for anything but the truth.

"I am no figment of your imagination. You know me. Your soul knows me. "

I hadn't moved my feet, but my body was slowly being drawn toward him, like his voice was pulling me. I reached him and looked up and up. . .

It was Kalona. I'd known him from the first words he'd spoken. I just hadn't wanted to admit it to myself. How could I have dreamed him?

Nightmare--this had to be a nightmare and not a dream.

His body was naked, but it wasn't completely substantial. His form wavered and shifted in time with the caressing breeze. Behind him, in the dark green shadows of the trees, I could see the ghostly shapes of his children, the Raven Mockers, as they clung to the limbs with the hands and feet of men and stared at me with men's eyes from the mutated faces of birds.

"Do you still claim not to know me?"

But I didn't. I couldn't. I wasn't in control. Kalona was. He'd built this dream, this dark, nightmare meadow, and somehow brought me there, closing the door to reality behind us.

"What do you want?" I said the words quickly so he couldn't hear my voice shaking.

"Of course you are. " He moved this time, stepping so close to me that I could feel the chill that came from his unsubstantial body. "My A-ya. "

A-ya had been the name of the maiden the Cherokee Wise Women had created to trap him centuries ago. Panic spiked through me. "I'm not A-ya!"

"You command the elements," his voice was a caress, awful and wonderful, compelling and terrifying. "Gifts from my Goddess," I said.

"Once before you commanded the elements. You were made from them. Fashioned to love me. " His massive dark wings stirred and lifted. Beating forward softly, they enfolded me in a spectral embrace that was cold as frost.

His wings pressed against my body, drawing me closer to him. Even though his physical form was only semi-substantial, I could feel him. His wings were soft. Winter cold against the warmth of my dreaming self. The outline of his body was frigid mist. It burned my skin, sending electric currents through me, heating me with a desire I didn't want to feel but was powerless to resist.

"You like the pain. It brings you plea sure. " His wings got more insistent, his body harder and colder and more passionately painful as it pressed against mine. "Surrender to me. " His voice, already beautiful, was unimaginably seductive as he became aroused. "I spent centuries in your arms. This time our joining will be controlled by me, and you will revel in the plea sure I can bring you. Throw off the shackles of your distant goddess and come to me. Be my love, truly, in body as well as soul and I will give you the world!"

The meaning of his words penetrated through the haze of pain and plea sure like sunlight burning away dew. I found my will again, and stumbled out of the embrace of his wings. Tendrils of icy black smoke snaked around my body, clinging. . . touching. . . caressing. . .

I shook myself like a pissed cat shaking off rain and the dark wisps slid from my body. "No! I'm not your love. I'm not A-ya. And I'll never turn my back on Nyx!"

When I spoke Nyx's name, the nightmare shattered.

I sat straight up in bed, shaking and gasping. Stevie Rae was sleeping soundly beside me, but Nala was wide awake. She was growling softly. Her back was arched, her body was totally puffed up, and she was staring slit-eyed at the air above me.

"Ah, hell!" I shrieked and bounded off the bed, spinning around and looking up, expecting to see Kalona hovering like a giant bat-bird over us.

Nothing. There was nothing there.

Kalona was real, and somehow he was able to reach me through my dreams.