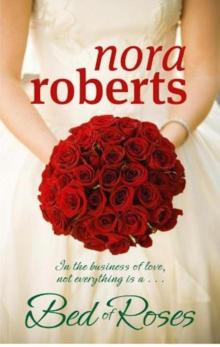 ROMANCE, IN EMMALINE'S OPINION, MADE BEING A WOMAN special. Romance made every woman beautiful, and every man a prince. A woman with romance in her life lived as grandly as a queen, because her heart was treasured.

Flowers, candlelight, long walks in the moonlight in a secluded garden . . . just the idea brought on a sigh. Dancing in the moonlight in a secluded garden, now that reached the height of romantic on her scale. She could imagine it, the scent of summer roses, the music drifting out of the open windows of a ballroom, the way the light turned the edges of everything silver, like in the movies. The way her heart would beat (the way it beat now as she imagined it).

She longed to dance in the moonlight in a secluded garden.

Because she could see so clearly how it should be - would be - she described the scene, every detail, to her best friends.

When they had sleepovers, they talked and talked for hours about everything, and listened to music or watched movies. They could stay up as long as they wanted, even all night. Though none of them had managed to. Yet.

When they had a sleepover at Parker's, they were allowed to sit or play on the terrace outside her bedroom until midnight if the weather was okay for it. In the spring, her favorite time there, she loved to stand on the bedroom terrace, smell the gardens of the Brown Estate and the green from the grass if the gardener had cut it that day.

Mrs. Grady, the housekeeper, would bring the cookies and milk. Or sometimes cupcakes. And Mrs. Brown would come in now and then to see what they were up to.

But mostly, it was just the four of them.

"When I'm a successful businesswoman living in New York, I won't have time for romance. " Laurel, her own sunny blond hair streaked with green from a lime Kool Aid treatment, worked her fashion sense on Mackensie's bright red.

"But you have to have romance," Emma insisted.

"Uh-uh. " With her tongue caught in her teeth, Laurel tirelessly twined another section of Mac's hair into a long, thin braid. "I'm going to be like my aunt Jennifer. She tells my mother how she doesn't have time for marriage, and she doesn't need a man to be complete and stuff. She lives on the Upper East Side and goes to parties with Madonna. My dad says she's a ballbuster. So I'm going to be a ballbuster and go to parties with Madonna. "

"As if. " Mac snorted. The quick tug on the braid only made Mac giggle. "Dancing's fun, and I guess romance is okay as long as it doesn't make you stupid. Romance is all my mother thinks about. Except money. I guess it's both. It's like, how can she get romance and money at the same time. "

"That's not really romance. " But Emma rubbed her hand on Mac's leg as she said it. "I think romance is when you just do things for each other because you're in love. I wish we were old enough to be in love. "

Emma sighed, hugely. "I think it must feel really good. "

"We should kiss a boy and see what it's like. "

Everyone stopped to stare at Parker. She lay belly-down on her bed, watching her friends play Hair Salon. "We should pick a boy and get him to kiss us. We're almost twelve. We need to try it and see if we like it. "

"But who would we kiss?" Emma wondered.

"We'll make a list. " Parker rolled across the bed to grab her newest notebook from her nightstand. This one featured a pair of pink toe shoes on the cover. "We'll write down all the boys we know, then which ones we think might be okay to kiss. And why or why not. "

Parker gave Emma a small smile. "We have to start somewhere, and lists always help. Now, I don't think we can use relatives. I mean like Del," she said, speaking of her brother, "or either of Emma's brothers. Besides, Emma's brothers are way too old. "

"Sometimes they stick their tongue in your mouth. "

Parker slid off the bed to sit on the floor beside Emma. "Okay, after we make the master list, we can divide it. Yes and No. Then we pick from the Yes list. If we get the boy we pick to kiss us, we have to tell what it was like. And if he puts his tongue in your mouth, we have to know what that's like. "

"What if we pick one and he doesn't want to kiss us?"

"Em?" Securing the last braid, Laurel shook her head. "A boy's going to want to kiss you for sure. You're really pretty, and you talk to them like they're regular. Some of the girls get all stupid around boys, but you don't. Plus you're starting to get breasts. "

"Boys like breasts," Mac said wisely. "Anyway, if he won't kiss you, you just kiss him. I don't think it's that big a deal anyway. "

Emma thought it was, or should be.

But they wrote down the list, and just the act of it made them all laugh. Laurel and Mac acted out how one boy or another might approach the moment, and that had them rolling on the floor until Mr. Fish, the cat, stalked out of the bedroom to curl up in Parker's sitting room. Parker tucked the notebook away when Mrs. Grady came in with cookies and milk. Then the idea of playing Girl Band had them all pawing through Parker's closet and dressers to find the right pieces for stage gear.

They fell asleep on the floor, across the bed. Curled up, sprawled out. Emma woke before sunrise. The room was dark but for the glow of Parker's night-light, and the stream from the moon through her windows.

Someone had covered her with a light blanket and tucked a pillow under her head. Someone always did when they had sleepovers.

The moonlight drew her, and, half dreaming still, she walked to the terrace doors and out. Cool air, scented by roses, brushed her cheeks.

She looked out over the silver-edged gardens where spring lived in soft colors, sweet shapes. She could almost hear the music, almost see herself dancing among the roses and azaleas, the peonies that still held their petals and perfume in tight balls.

She could almost see the shape of her partner, the one who spun her in the dance. The waltz, she thought with a sigh. It should be a waltz, like in a storybook.

That was romance, she thought, and closed her eyes to breathe in the night air. One day, she promised herself, she'd know what it was like. 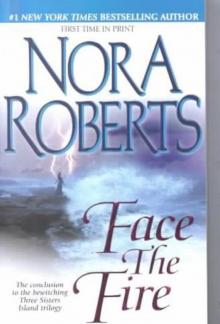 Dance Upon the Air 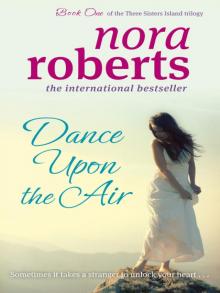 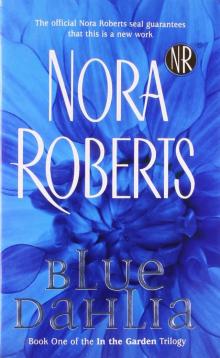 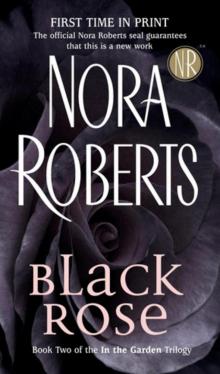 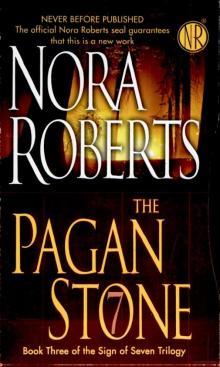 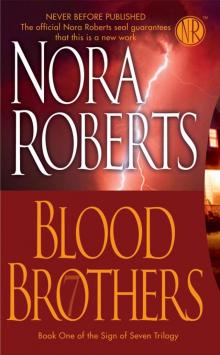