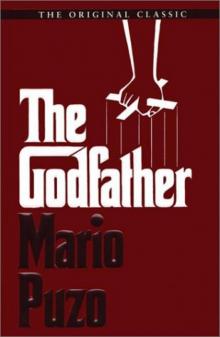 The Godfather—the epic tale of crime and betrayal that became a global phenomenon.

Almost fifty years ago, a classic was born. A searing portrayal of the Mafia underworld, The Godfather introduced readers to the first family of American crime fiction, the Corleones, and their powerful legacy of tradition, blood, and honor. The seduction of power, the pitfalls of greed, and the allegiance to family—these are the themes that have resonated with millions of readers around the world and made The Godfather the definitive novel of the violent subculture that, steeped in intrigue and controversy, remains indelibly etched in our collective consciousness. 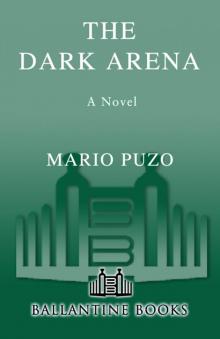 Mario Puzo won international acclaim for The Godfather and his other Mafia novels. But before creating those masterpieces, Puzo wrote his first acclaimed novel The Dark Arena*–an astounding story of a war-scarred young American in a battle against corruption and betrayal. . . .
*
After coming home at the end of World War II, Walter Mosca finds himself too restless for his civilian role in America. So he returns to Germany to find the woman he had once loved–and to start some kind of life in a vanquished country. But ahead of Walter stretches a dark landscape of defeat and intrigue, as he succumbs to the corrupting influences of a malevolent time. Now he enters a different kind of war, one in which he must make a fateful decision–between love and ambition, passion and greed, life and death. . . . 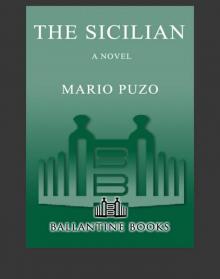 After Mario Puzo wrote his internationally acclaimed The Godfather, he has often been imitated but never equaled. Puzo's classic novel, The Sicilian, stands as a cornerstone of his work--a lushly romantic, unforgettable tale of bloodshed, justice, and treachery. . . .
The year is 1950. Michael Corleone is nearing the end of his exile in Sicily. The Godfather has commanded Michael to bring a young Sicilian bandit named Salvatore Guiliano back with him to America. But Guiliano is a man entwined in a bloody web of violence and vendettas. In Sicily, Guiliano is a modern day Robin Hood who has defied corruption--and defied the Cosa Nostra. Now, in the land of mist-shrouded mountains and ancient ruins, Michael Corleone's fate is entwined with the dangerous legend of Salvatore Guiliano: warrior, lover, and the ultimate Siciliano. From the Paperback edition. 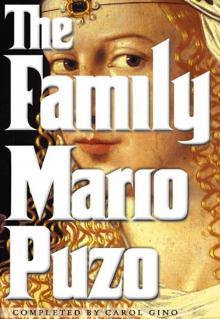 After a visit to the Vatican in 1983, Mario Puzo, bestselling author of

Set in Rome in the last years of the 15th century, Puzo's final book (completed by Gino, his companion for many years) is an absorbing, highly entertaining, fictional account of the rise and rule -- and eventual fall -- of that notorious first family of dysfunction during the Renaissance, the Borgias. Fast-paced and well researched, The Family -- in its effort to make such scandalous characters as the Borgias more human -- may well be the most ambitious novel of Puzo's career.

Cardinal Roderigo Borgia is charismatic and handsome, a born leader and a perfidious man of the cloth who ascends to the papacy as Pope Alexander VI in 1492, when Italian city-states are competing for land and the Vatican is competing for souls. He is also the loving father of four children, two of whom become pawns in their father's implacable drive for power. Cesare, Roderigo's oldest son, grows from an insecure cardinal to a fierce military leader; and Lucrezia, Roderigo's beautiful, seductive daughter -- and her father's favorite (not to mention her brother's incestuous bedmate) -- becomes the marriage link that unites nations and divides hearts. Throughout Roderigo's wheeling and dealing, the Renaissance is in full swing as religion competes against humanism and the Church seeks autonomous control of what will one day become a united Italy. As in E. L. Doctrow's

While this blood-is-thicker-than-water tale is more summative than explorative (you don't really get into the heads of the Borgias as well as you do the Corleones), Puzo still knows how to tell a good story. The Family is an energetic novel, filled with enthusiasm and affection for the subject matter and the characters. Puzo's swan song may not be his finest work, but it is a robust, passionate love letter to a land, a history, and a culture that defined him as a writer and a man. (Stephen Bloom) 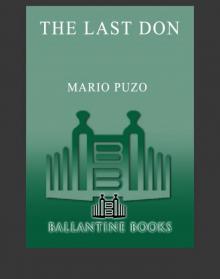 "PUZO IS IN TOP FORM."
Time
The Last Don is Mario Puzo at his finest, thrilling us with his greatest Mafia novel since The Godfather a masterful saga of the last great American crime family and its powerful reach into Hollywood and Las Vegas.

"THE MOST ENTERTAINING READ SINCE THE GODFATHER."
*The New York Times Book Review

The Last Don is Domenico Clericuzio, a wise and ruthless old man who is determined to see his heirs established in legitimate society but whose vision is threatened when secrets from the family's past spark a vicious war between two blood cousins.

"SKILLFULLY CRAFTED . . . IT GIVES US HOLLYWOOD, LAS VEGAS, AND THE MOB IN ONE SWEET DISH."
*Los Angeles Times Book Review

The Last Don is a mesmerizing tale that takes us inside the equally corrupt worlds of the mob, the movie industry, and the casinos *where beautiful actresses and ruthless hitmen are ruled by lust and violence, where sleazy producers and greedy studio heads are drunk on power, where crooked cops and desperate gamblers play dangerous games of betrayal, and where one man controls them all. . . .

"Puzo returns after a quarter century to the terrain of his greatest success, The Godfather, to tell a second masterful tale of Mafia life."
*Variety

"A compelling tale peopled by memorable characters. . . . Puzo is a master storyteller with an uncanny facility for details that force the reader to keep the pages turning."
*USA Today

"From the Paperback edition." 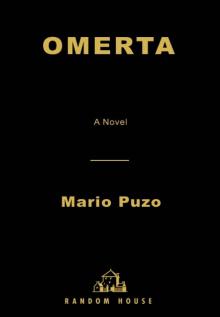 To Don Raymonde Aprile's children he was a loyal family member, their father's adopted "nephew." To the FBI he was a man who would rather ride his horses than do Mob business. No one knew why Aprile, the last great American Don, had adopted Astorre Viola many years before in Sicily; no one suspected how he had carefully trained him ... and how, while the Don's children claimed respectable careers in America, Astorre Viola waited for his time to come.

Now his time has arrived. The Don is dead, his murder one bloody act in a drama of ambition and deceit --- from the deadly compromises made by an FBI agent to the greed of two crooked NYPD detectives and the frightening plans of a South American Mob kingpin. In a collision of enemies and lovers, betrayers and loyal soldiers, Astorre Viola will claim his destiny. Because after all these years, this moment is in his blood ... 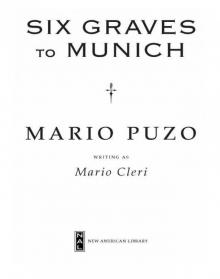 A novel of blood and vengeance from the #1 New York Times bestselling author of The Godfather.

Michael Rogan was an intelligence officer behind enemy lines in World War II Europe. But he made the mistake of falling in love, which gave him something to lose-or to be taken from him.

Captured by the Nazis, Michael was treated as an experiment. A piece of meat. A subject upon which his captors committed atrocity upon atrocity. But not before they did the same to his wife-and unborn son. He's lived with the horror of that experience for ten years.

Now, Michael Rogan has returned to Europe to find the men who tortured him. And he's going to make sure that they never have to live with the horror as he did...

They will die with it. 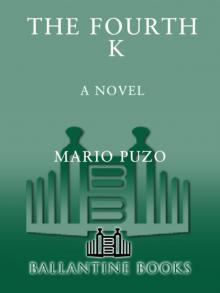 A PRESIDENTIAL DYNASTY. AN ARAB TERRORIST ATTACK. DEMOCRACY UNDER SIEGE. Mario Puzo envisioned it all in his eerily prescient 1991 novel, The Fourth K.

**President Francis Xavier Kennedy is elected to office, in large part, thanks to the legacy of his forebears– good looks, privilege, wealth–and is the very embodiment of youthful optimism. Too soon, however, he is beaten down by the political process and, disabused of his ideals, he becomes a leader totally unlike what he has been before.

When his daughter becomes a pawn in a brutal terrorist plot, Kennedy, who has obsessively kept alive the memory of his uncles’ assassinations, activates all his power to retaliate in a series of violent measures. As the explosive events unfold, the world and those closest to him look on with both awe and horror. 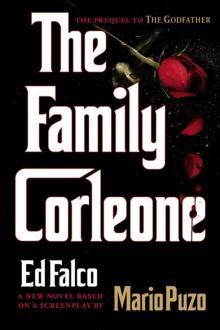 New York, 1933. The city and the nation are in the depths of the Great Depression. The crime families of New York have prospered in this time, but with the coming end of Prohibition, a battle is looming that will determine which organizations will rise and which will face a violent end.
For Vito Corleone, nothing is more important that his family's future. While his youngest children, Michael, Fredo, and Connie, are in school, unaware of their father's true occupation, and his adopted son Tom Hagen is a college student, he worries most about Sonny, his eldest child. Vito pushes Sonny to be a businessman, but Sonny-17 years-old, impatient and reckless-wants something else: To follow in his father's footsteps and become a part of the real family business.
An exhilarating and profound novel of tradition and violence, of loyalty and betrayal, The Family Corleone will appeal to the legions of fans who can never get enough of The Godfather, as well as introduce it to a whole new generation. 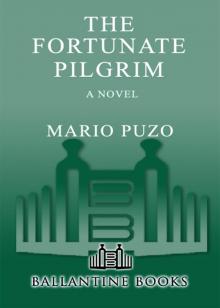 efore The Godfather and The Last Don, there was Puzo's classic story about the loves, crimes and struggles confronted by one family of New York City immigrants living in Hell's Kitchen. Fresh from the farms in Italy, Lucia Santa struggles to hold her family together in a strange land. At turns poignant, comic and violent, and with a new preface by the author, The Fortunate Pilgrim is Italian-American fiction at its very best.