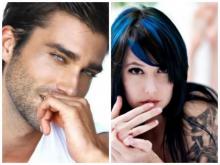 In celebration of his first year of sobriety, Colt McKay climbed on the back of a bull and rode for a full eight seconds.

In celebration of his second year of sobriety, Colt McKay climbed in an airplane and parachuted out.

In celebration of his third year of sobriety, Colt McKay had hoped to climb on a woman and end his self-imposed sexual abstinence of the previous thirty-six months.

He imagined soft candlelight, soft kisses, a woman’s soft skin and a soft bed beneath him.

At least that part of his fantasy had come true. Colt was in bed.

He was even laying face down on a puffy tie-dyed quilt with a woman beside him. However, he was not basking in the afterglow of red-hot sex, rather, he was grimacing in pain from the sensation of a red-hot poker jabbing him in the butt for the millionth time.

“Almost done. Two more quick stitches and you’ll be good to go,” Doctor Monroe trilled in that annoyingly chipper voice of hers.

Go. Right. Where the hell was he supposed to go?

painkillers, so he figured the adrenaline high was wearing off and he was about to crash. Hard.

Great. Just what he didn’t need. To look even more pathetic, helpless and weak.

Colt lifted his head and glared at the woman with the whiskey-rough voice who’d dared to speak to him. Any other time the remorse swimming in those amazing sapphire eyes would sway him to be soft and sweet with her.

Not now. Maybe not ever again.

He kept his tone cool, even when he wanted to scream his fool head off at her. “Not so bad? For who? Jesus Christ, Indy, you shot me in the ass. It don’t get a whole lot worse than that. ”

“Why did you come barging in like that anyway?” India’s pulse skipped when he cranked his head around and glared at her.

“Are you serious? Three punks were hassling you. You were by yourself. At night. ”

“So? It’s not the first time, nor will it be the last. Besides, I had it under control. ”

“Sure didn’t look like it. Why didn’t you shoot them with the nail gun?”

Dr. Monroe said, “Well, whatever her intentions were, you’re very lucky she had a bad angle and the nail only went through the dermis and not into the bone. ”

“Done. ” The smell of antiseptic burned strong for a second.

The sound of ripping paper was followed by the snapping removal of latex gloves. Dr. Monroe said, “You sure you don’t want a painkiller, Colt? That local anesthetic will wear off in another two hours. ”

“I thought you’d say that. ” She patted him on the shoulder. “I’ll swing by tomorrow to check on you to make sure there’s no infection. ”

“Wasn’t that what the tetanus shot was for?”

“No. The only reason I’m not admitting you to the hospital is because of the…delicate nature of the wound’s location. The gossipmongers in this town would have a field day with this incident, especially in light of your previous reputation, so I understand why your brother thought it’d be best if you were treated here. ” Her eyes narrowed. “That said, if you feel feverish and uncommonly sore at any time in the next twelve hours, you’d better get this butt to the ER. Pronto. ”

India said, “What does he do now?”

“Sleep. As much sleep as he can get. Motrin every six hours, if he’ll take it. ” Doctor Monroe stood and fastened the metal clasp on her black medical bag. She said in a low voice, “I’m going to suggest you leave him be, India. Is there someone else who can keep an eye on him?”

“I know, but you seem to…agitate him and he needs to rest. ”

Heat scorched her cheeks. Dammit. She wasn’t completely inept when it came to caring for another person. She could do this Florence Nightingale shit.

Cam McKay ambled over. “After I drop the doc off, I can come back and watch him tonight if you’d like. ”

India and Cam exchanged a look. When Colt attempted to lift up off the mattress, Cam put his hand in the middle of Colt’s back and gently held him down. “Whoa. Take it easy. ”

“Yeah, I wouldn’t want to agitate you any more than I already have,” India retorted sweetly.

Colt locked his gaze to hers. She withheld a shiver at the command in the dark blue depths. “India stays. She’s the one who went all psycho carpenter on my ass, she can damn well take care of me. ” He flashed her a smile reminiscent of a shark about to bite. “I sorta like the idea of you playin’ fetch and carry for me, sugar. ”

“Now that it’s settled, we’re off. ” Cam set Colt’s cell phone within reach. “I’ll check on you later. ” To India, he said, “You need anything, call my cell, not the station, okay?”

“Okay. ” She followed Cam and Doc Monroe down the staircase that opened into the back parking lot. She slid the deadbolt on the door and flipped the lock.

Man. What a wacky night. India sucked in a deep breath to quell her sudden bout of nerves. It didn’t make sense she was jumpy. She’d been alone with Colt McKay hundreds of times in the last three years.

But not after you shot him in the butt.

The whole thing bordered on surreal. Three guys had stumbled in demanding matching tattoos. She’d told them to leave, pointing to the sign she didn’t ink anyone under the influence. After sweet-talking her didn’t work, they’d become belligerent. India had dealt with enough drunks she took it in stride when they threatened her with macho bullshit. As if that Neanderthal behavior would somehow get her to change her mind? Please.

She’d just about convinced them to leave, when Colt and Cameron burst in. Colt’s hostile posture was bad enough, but Cam had just gotten off duty with the Crook County Sheriff’s Department and still wore his uniform. And his sidearm.

The guys panicked and ran out the back door, knocking over a makeshift sawhorse table loaded with tools.

Cam gave chase as well as a prosthetic-wearing cop could.

In the melee, Colt bent over to pick up the tools and India grabbed the big framing nail gun. As she was trying to avoid stepping on screws scattered like tacks, she tripped over the compressor hose and fell…right into Colt. More specifically, right into Colt’s butt. Upon contact with a solid surface, the nail gun’s triggering mechanism released a three-inch screw. Right through Colt’s Wranglers, penetrating the bottom of his left butt cheek.

Colt hadn’t screamed in agony. He’d just dropped to his hands and knees, asking her to put the nail gun on the counter.

By the time Cam returned, Colt’s wound was seeping blood.

Cam, being the levelheaded sort, tried to convince Colt to go to the hospital. Colt refused.

After a few minutes of fruitless arguing, Colt did the damndest thing. He pushed to his feet, snagged a pair of pliers from the jumbled tool pile and headed up the back staircase to India’s apartment, almost at a dead run.

Cam and India raced after Colt and wrangled him to the closest horizontal surface—the bed in the spare bedroom—and Cam called his good buddy Doctor Monroe. India won
dered just how good of “friends” Cam and the doctor were because the doc showed up within ten minutes.

After Doctor Monroe pulled the nail out, she administered a local anesthetic and a tetanus shot, which appeared to cause Colt more discomfort than the injury.

India forced herself to watch him get stitched up even though it was only three stitches. Blood and needles were part of the tattoo business and had never bothered her. So why did the sight of Colt’s blood cause her stomach to heave?

You weren’t close to barfing. You sucked down too many Red Bulls, that’s all.

If that was true, why was she cowering outside the room?

Guilt? Fear he’d light into her now that they were alone?

Screw that. Colt couldn’t make her feel any worse than she already did.

She snuck back in and perched on the folding chair next to the bed Doc Monroe had vacated.

Colt’s hair was damp and disheveled. The muscles in his jaw were bunched tight. His chest rose and fell quickly with every shallow breath. His entire body rivaled the bedside table for rigidity.

India wished she could soothe his pain. Would it relax him if she smoothed the frown lines from his feverish brow? If she ruffled her fingers through his glossy black hair would his eyes close in bliss? If she rubbed his broad shoulders would he groan with satisfaction? If she placed her lips on his would he welcome her kiss?

Kissing him? Where the hell had that idea come from? Colt was her buddy, her best pal, her sounding board, her client. Not to mention her A. A. sponsoree. She shot him a quick glance.

Sometimes that fact was a damn crying shame.

No doubt Colt McKay was a fine-looking man. Too good looking to be honest. He had the face of an angel—a fallen angel to be sure—a sinful smile rivaling the devils for temptation, the muscled body of a disciplined athlete, and more charms than a damn jewelry store. He was, simply put, perfect.

Perfectly off limits, not that he’d ever given any indication he’d be interested in her beyond friendship.

There’s the real reason to cry.

She had no earthly idea what raced through his brain when he looked at her like that, but she liked it. She set her hand on his shoulder, jerking it when he flinched. “Sorry. ”

“Don’t be. It just surprised me, that’s all. You never touch me like that. ”

Branded as Trouble by Lorelei James / Romance & Love / Western have rating 4.2 out of 5 / Based on46 votes