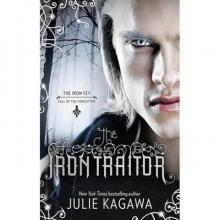 My name is Ethan Chase.

Just shy of a week ago, I was dragged into Faeryland.

The first time it happened, I was four. Yeah, four years old, kidnapped by faeries and taken into the Nevernever, home of the fey. Long story short, my older sister rescued me and brought me home, but became a faery queen herself and now rules a part of the Nevernever called the Iron Realm.

Thirteen years later, despite all the precautions I took against the Fair Folk, it happened again. I found myself smack-dab in the middle of the Nevernever, and this time, I wasn’t alone. A classmate of mine, a girl named Mackenzie St. James, managed to get pulled in, as well. A lot of weird, screwed-up stuff happened in the next few days, like following a talking cat through the Nevernever, meeting my sister in the Iron Realm, sneaking out of the Iron Realm to meet up with the Queen of the Exiles and, oh yeah, discovering that my sister has a son. That’s right, I have a nephew. A nephew who is part fey, completely unknown to my parents, and who, by way of screwy faery time, is the same age as me.

There is one other important thing we discovered—the emergence of a new, deadly species of fey called the Forgotten, faeries that almost don’t exist anymore because they’ve been unremembered for so long. Faeries that have to steal the glamour from regular fey to survive, killing them in the process. But for me, the nephew thing sort of stands out. If I thought my family was weird before, it’s not even a blip on the weirdness scale now. I thought I’d seen it all. But when I got pulled into the Nevernever, the thing I never saw coming was Keirran.

When Keirran went back into the Nevernever, I knew I hadn’t seen the last of him. Still, I had no idea how entangled my life would soon become with his, and how he would be the catalyst. . . for the end of everything.

Sometimes I wished everyone paid less attention to me. Sometimes I even wished I had faery blood, so that when the really weird things started happening around me, people would forget they’d seen it as soon as I left. That worked for Robin Goodfellow, the most infamous faery in existence. And to a lesser extent, it even worked for my sister. But in the real world, if you’re fully human and you vanish into thin air for nearly a week, people tend to notice. If you vanish at the same time as a very rich, popular classmate, they notice even more.

Which was why, I supposed, I was back in the principal’s office the Monday after I returned from the Nevernever. Only this time, there were two policemen in the room as well, looming over my chair and looking stern. Kids passing by peered through the door’s window and gaped at me before hurrying off with their friends, whispering. Great. I already had a reputation for being a delinquent and a troublemaker; this probably wasn’t going to help.

“Do you know why we’ve brought you here, Mr. Chase?” the principal said, pursing his thin mouth. I shrugged. I’d been in this office on my first day of school and knew the principal thought I was a lost cause. No point in trying to change his mind. Besides, the two officers were far more worrisome.

“We’d like to ask you a few questions about Todd Wyndham,” one of the policemen stated, making my stomach twist. “As you may know, he disappeared last Friday, and his mother filed a missing-persons report when he didn’t return from school. According to her, the last person to speak to him before he vanished. . . was you. ”

I swallowed. Todd Wyndham was a classmate of mine, and I knew exactly what had happened to him that night. But there was no way I was going to tell the police officers that Todd was part fey, a half-breed who had been kidnapped by the Forgotten and drained of his glamour. Problem was, draining his glamour had also robbed him of his memories, his emotions and his sense of self. By the time Kenzie and I had found him, his magic was already gone, leaving him dazed, passive and completely human.

Keeping my voice steady, I faced the officer who had spoken. “Yeah, I saw him at school that day. Everyone did. What’s the big deal?”

“The big deal,” the officer continued, frowning harder, “is that Todd Wyndham showed up at his home last week completely shell-shocked. He doesn’t remember much, but he has told us that he was kidnapped and that there were other kidnap victims. His symptoms are on par with someone who has witnessed a violent crime, and we fear the kidnapper could strike again soon. We’re hoping that you can shed some light on Todd’s condition. ”

The policeman narrowed his eyes. “Because on the day after Todd’s disappearance, Mrs. St. James reported her daughter missing, as well. She was last seen at a martial arts tournament, speaking to you. Witnesses say that you pulled her out of the building, into the parking lot, and then you both disappeared. Care to tell me what happened, Ethan?”

My heart pounded, but I kept my cool, sticking to the script Kenzie and I had come up with. “Kenzie wanted to see New York City,” I said casually. “Her dad didn’t want her to go. But she really wanted to see it, you know. . . before she died. ” They blinked, probably not knowing if I was being serious or overly dramatic. I shrugged again. “She asked me to take her, so I did. She never said her dad didn’t know she was leaving. ”

Kind of a lame excuse, but I couldn’t tell them the real reason, of course. That a bunch of murderous Forgotten had found us at the tournament, chased us into the parking lot, and I’d had to send us both into the Nevernever to escape.

The policeman’s lips thinned, and I crossed my arms. “If you don’t believe me, ask Kenzie,” I told him. “She’ll tell you the same thing. ”

“We intend to do that. ” They straightened and backed away, making gestures to let me know we were done here. “Go on back to class, but we’ll be watching you, Ethan. Stay out of trouble, you hear?”

Relieved, I stood and headed for the door. As I left I could feel the principal’s glare on my back. He’d probably hoped I’d be arrested and carted off to juvie; one less delinquent for him to deal with. I certainly gave off the image of the sullen, brooding troublemaker: ripped jeans, shirt turned inside out, pierced ears and defiant smirk firmly in place. But whatever. I wasn’t here to be a perfect student or win any trophies. I just wanted to get through the year without any major disasters. Any more major disasters.

I slipped out of the principal’s office with a sigh of relief. Another bullet dodged. I was an expert at lying to cover up the truth no one else could see. That the fey were out there and couldn’t seem to leave me alone. To keep the people around me safe, I’d become someone no one wanted to be around. I’d driven away potential friends, isolated myself and basically been a dick to anyone who tried to get close to me. Usually it worked. Once I made it clear that I wanted to be left alone, people did just that. No one wanted to deal with a hostile jerk.

Dammit, I hope she’s okay. Where are you, Kenzie? I hope you didn’t get into trouble because of me.

I supposed we were lucky that we’d been gone only a week. In the Nevernever, time flows differently than in the real world. There are stories of those who vanished into Faeryland for a year and when they came home again, a hundred years had gone by and all they’d known before was changed. Losing one week was getting off pretty easy, but to everyone looking for us, we appeared to have vanished into thin air. With one exception, no one had seen or heard any trace of us from the time we left the tournament until the night we came home, several days later.

So Kenzie and I had had to come up with a really good excuse for when we got back.

“Are you sure?” I’d asked, gazing into her chocolate-brown eyes, seeing my worried reflection staring back at me. “That’s t
he story you want to give your dad when we get home? You decided to visit New York, and I agreed to drive you there?”

Kenzie had shrugged, the moonlight shining off her raven hair. Behind her, the great expanse of Central Park was a black-and-silver patchwork quilt, fading into the glimmering towers over the tree line. Her slim arms hung around my waist, her fingers tracing patterns in the small of my back, distracting me. “Can you think of anything better?”

“Not really. ” I shivered as her fingers slipped under the hem of my shirt and brushed my skin. I resisted the urge to squirm and tried to focus. “But won’t he be mad that you just took off without telling him?”

The girl in my arms gave a bitter smile, not looking up. “He has no right to be,” she muttered. “He doesn’t care what I do. He never checks up on me. As long as I come back with all my fingers and toes, he won’t care where I’ve been. And if he does say something, I. . . I’ll tell him that I wanted to see New York City before I died. What is he going to do?”

My gut twisted for a different reason then. I didn’t answer, and Kenzie peeked up at me, apologetic. “What about you?” she asked, cocking her head. “What do you want to tell your family when we get home?”

“Don’t worry about it,” I told her. “My family has dealt with this before. ” When we lost Meghan. “I’ll come up with something. ”

She fell silent, chewing on her lip. Her soft fingers were still tracing patterns beneath my shirt, sending tremors up my spine. “Ethan?” she said finally, her voice strangely hesitant. “Um. . . I’m going to see you again, when we get back to the real world, right?”

“Yeah,” I whispered, knowing exactly what she meant. She wasn’t worried that I would fade from sight like one of the fey, but that I would go back to being that mean, hostile jackass who kept everyone at arm’s length. “I promise, I’m not going anywhere,” I told her, brushing a dark strand of hair from her eyes. “I’ll even do normal things like take you to dinner and go to the movies, if you want. ”

Kenzie grinned. “Can I introduce you as my boyfriend?”

My stomach lurched the other way. “If you think introducing me to anyone is a good idea,” I said, shrugging. “I just hope your dad is as lenient on your boyfriends as he is on your whereabouts. You said he’s a lawyer, right?” I grimaced. “I can just see how that first meeting is going to go. ”