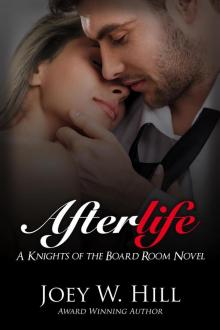 “I better get a good report on you today, Sergeant. Any whining and you"ll get your ass blistered soon as we get out of here. Maybe sooner. ” Rachel sucked in a surprised breath as Dana"s white cane shot out toward Peter"s unprotected shin with impressive accuracy. Despite his formidable size, Peter sidestepped it with practiced grace, tossing Rachel a grin as he slid an arm around Dana"s waist, drawing her to his side. Closing his hand over her slim fingers, he plucked the cane from her. “And I"d best hold onto this for you. ”

“Chicken,” Dana retorted. She turned her face up to him. “Afraid a little blind girl"s going to take you down with a plastic stick. ”

Rachel pressed her lips together against a smile as Peter used one arm and a quick move to hoist his petite fiancée over his shoulder. Though Dana threatened to dismember him in creative ways, he simply steadied her with one hand spread across her attractive bottom. When he hooked his thumb in one of the pockets of her snug jeans, that intimacy alone was enough to make Rachel ache. “Where do you want her?” he asked. His storm gray eyes lingered on Rachel"s face, his brow creasing thoughtfully as if he saw something there he shouldn"t.

Snapping her gaze away from the placement of that large hand, she nodded toward the usual cot for Dana"s physical therapy. Since she was standing at her corner desk in the therapy room, Rachel shuffled through her calendar, pretending to finish up some things before they got started.

In reality, she was breathing through that sharp twist in her lower belly, the one she recognized as yearning. It was a far-too-frequent feeling since Peter had started bringing Dana to her PT sessions. It wasn"t their teasing loveplay. They were being a little more blatant than usual today, but since they were engaged, it wasn"t unexpected.

Their romantic vibes fairly oozed out over everyone around them. The only reaction it should have triggered from her was indulgent amusement, maybe a touch of motherly exasperation. But there was an additional component between them.

Most people would miss it, though they might pick up on something about Peter and Dana"s interactions that mesmerized or made them feel inexplicably uncomfortable.

Unable to place what it was, they"d call it something else, or shrug it off as those engagement vibes. She"d done the same thing, but she"d known from the first she was fooling herself. Even after all these years of trying to mute her desire, she seemed to have a radar for it.

It was in the way Peter followed Dana"s movements, tracking her facial expressions, picking up everything she was feeling and anticipating it so well. He was as aware of Dana"s physical and emotional state as the woman herself. Probably more. Each word she spoke, every syllable of her body language, elicited some type of response from him. Pure, monitored attention.

Rachel had convinced herself men like that didn"t exist. Another of the many lies she"d told herself for way too long. When Peter made that sensual threat to blister his fiancee"s ass, the faint tinge under Dana"s mocha skin said she knew he"d live up to that promise. And she"d welcome it—as a reward, not punishment.

Their weekly visit was both the highlight and curse of Rachel"s week.

He was carting Dana back to the cot as if he was carrying a grain sack. “Got to get you back in shape, soldier. I expect you to wait on me hand and foot like a proper wife should. I"m running out of patience with this coddling. ”

“I"ll be happy to put my fist or foot right where it"ll do you the most good,” Dana returned sweetly. She had her right elbow propped on Peter"s wide shoulder, holding herself up. Rachel noted she was guarding the left arm. They"d need to do extra work on that today. However, the stomach muscles were admirably strong.

Peter slid Dana off his shoulder and onto her feet, as smooth and gentle as if she were a porcelain doll, belying his words. It was in his face, every time he looked at the black woman who barely came up to his chin and yet had the force of personality to match his larger-than-life presence. There was nothing he wouldn"t do for her. Except let her give up on herself, which Rachel knew was why he came to every session with her.

Dana wasn"t a complainer. She was always stoic and cheerful, such that Rachel was sure she and Peter were the only people who knew how hard these sessions were.

Before the end of it, Dana would have her teeth gritted against pain, tears running down her face as she pushed it a little further. Like so many patients, she also waged a mental battle against despair, confronted with a body that would never be the same again.

Dana had been injured in Iraq, losing her sight, most of her hearing and some mobility and strength in her left side. Not only had she required multiple surgeries, she"d needed physical therapy to regain flexibility. PT was never easy, but Dana"s had been rougher than most because she"d battled post-traumatic stress disorder and its attendant deep depression for over a year, letting the already damaged muscles atrophy. That said, over the past three months, Dana had made tremendous progress.

She was a strong, brave woman, but Rachel also knew a great deal of it had to do with the man who encouraged, bullied and stood by her, no matter what.

He"d bring her to the therapy area, but typically he"d return to the waiting room during the first part of the session, when Dana would insist she didn"t need babying.

However, with uncanny timing, whenever the session reached its worst point, Peter was likely to wander back to see if Rachel wanted a soda from the vending machine.

When she"d decline, he"d take a seat nearby with a magazine he wasn"t reading. Even without sight, Dana"s other senses would align on him like a rifle scope, and things would get better.

Like most healthcare professionals, Rachel knew family support for meaningful recovery was immeasurable. Fortunately for Dana, her fiancé was also very affluent, and he didn"t let her pride stand in the way of using his resources. He"d already facilitated a cochlear implant surgery that used enhanced hearing technology. It had reduced Dana"s hearing loss to a mild hardship, mostly exacerbated by her inability to see people"s faces as they spoke. The cosmetic surgery that had been done since they were engaged was handled by the best plastic surgeon in the country.

Peter Winston was part of top management at Kensington & Associates, one of Baton Rouge"s most prestigious corporations, a manufacturing and acquisitions concern. Since Rachel was sure Peter"s role as operations manager for all their domestic and overseas plants had to be a busy and difficult job, the fact he didn"t miss a single PT

appointment spoke volumes to her. Despite Dana"s insistence that he didn"t need to be such a mother hen, there"d been days he"d flown back in from a job only for this, having to leave again that evening. It not only told Rachel how devoted he was to Dana, but that he knew, despite her spirited banter, how hard this was for the determined young woman.

“Why don"t you go away and flex your muscles for the nurses up front? Show them your tattoo. They can coo over you while Rachel and I get some real work done. ”

“What if one of them wants to stroke my impressively large ego?”

Chuckling, he bent and caught her mouth, which softened under his. Though Rachel stayed ostensibly occupied with her calendar, her ears caught his quiet admonition to behave and work hard, that he"d be close by. Dana"s serious response was a bare whisper Rachel nevertheless managed to hear.

She gripped the edge of her desk, hard enough that the rough underside cut her hand, but she bit her lip to keep from making a noise of distress. The cut was the least of it. Yes, she"d been sure for a while, but it was the first time she"d heard it confirmed so baldly. The painful vindication had her floundering in an appalling swamp of self-pity, envy and an old fury that welled up to chok
e her.

Damn it, Rachel, stop it.

To hear it, to know it existed in such a desirable form, didn"t just double her over in pain. It thrilled her with a charge of sensual lightning through her extremities. She"d have to ground the energy into the solid earth beneath her feet—or in this case, the beige tile floor—because it had nowhere else to go.

That had always worked in the past, but maybe it was how much she genuinely liked these two that made it more difficult to ignore the effect they had on her. From the moment they arrived for each appointment, she strained for every word between them, absorbed every touch and gesture, as if she was living vicariously through them, and maybe she was. Recently, she"d been waking from dreams that left her thighs damp with perspiration, her gown knotted up around her waist as if a man had pushed it there.

While Peter and Dana might keep those old demons awake and tormenting her, they hadn"t resurrected them. It wasn"t Peter who"d invaded her dreams. It was the man who"d referred Dana to Rachel"s PT practice.

When not doing physical therapy for the hospital, Rachel ran a small yoga studio.

Jon had started attending her classes once a week almost a year ago. Because of his work schedule, he came to different classes, varying his attendance, but she suspected that was a good thing. If he was a dependable regular in any of them, that class probably would have had a mile-long waiting list for female attendees.

There was a different kind of beauty to him. Unlike Peter, who was a broad mountain of muscle, Jon had the build of a Baryshnikov, all compact strength. Though not overly tall at around five-ten, it made him quite a bit taller than Rachel"s five-three.

His eyes reminded her of striated sodalite, the vivid blues infused with the fire of the earth that had created it. His hair was thick, black silk that feathered temptingly over his forehead.

Like everyone else in her class, she"d done a double-take the first time he spoke.

Not only did he possess the velvet tones of a late night DJ, spinning languorous R&B

tunes in the loneliest hours of night, but it was impossible to imagine arguing with him, doing anything to interrupt those fluid, resolute syllables from flowing over the skin like the reassuring brush of angel feathers.