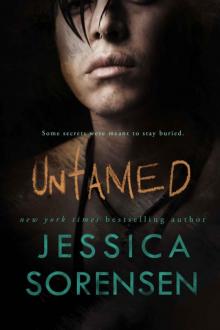 Emery
No matter how hard I try, I never seem to be able to escape my family’s world. Their madness controls my life, just like insanity consumes my mind.
Sometimes it’s hard to tell what’s real.
Sometimes it’s hard to tell who I really am. The person everyone sees? Or the one I keep trapped inside?
I wonder which person Ryler sees. Just like I wonder who I can trust.
Wonder. Wonder. Wonder.
I wonder too much.
I wish I could just find a way to escape it all and finally be free.

Ryler
I live a double life and sometimes I hate myself for it. Watching Emery fall apart—pretending I don’t care—is killing me inside.
I want to tell her the truth, but I also want a new life.
Want. Want. Want.
I want too much. Sometimes it’s hard to tell what I really desire.
I wish I could be free from the confusion, free from this life.

The Diary of Lexi Ashford, Part One 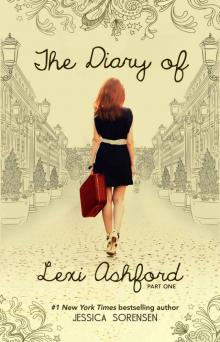 Lexi has always had a reputation for accidentally messing things up, but she never thought she’d be jobless and homeless at twenty-six. With no other choice, she returns to her hometown to do a little life searching.

Lexi quickly discovers a lot has changed in the eight years since she first left Fairville, a quirky little town in the middle of nowhere. Most of her best friends from high school are now married and have children, and her parents have sold their home and are now living in a loft above their store. One thing still remains the same, though. Anders, her old high school crush is still as hot as ever.

Determined to get her life back on track, Lexi starts searching for an apartment and a job. But during a crazy night at one of her friend’s bachelorette parties, she wakes up in Las Vegas, hungover and married to Evan, Anders' brother, a guy she barely knows. So much for getting her life back on track.

*an NA Romantic Comedy - This story takes place over multiple parts. Each part is approximately 20,000 words. 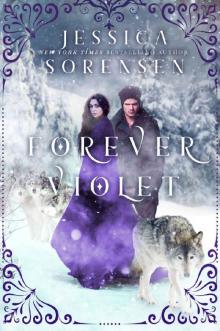 For the last decade, eighteen-year-old Laikyn has lived in the Common Realm with humans, believing she was human. She can’t remember her life before she was eight-years-old, but what she does know is she fears the paranormal creatures from the other realms, particularly werewolves. And for a good reason.

A year ago, Laikyn was attacked by two werewolves. She survived only because Legend, a banished vampire, saved her.

The scars left behind from the attack haven’t healed yet, and neither has her fear of werewolves. So when Legend decides to take her on a trip to the Midnight Realm, where night creatures like werewolves roam free, she’s more than nervous, but agrees to go.

The moment Laikyn meets Jules, the tortured, gothic werewolf prince of the Violet Mountain pack, she feels a spark of desire almost instantly. She wants nothing more than to take away his pain, but refuses to act on her feelings.

She soon discovers the spark is more than just an attraction. That Jules is connected to her past and that she’s the very creature she fears and hates. Having no other choice, she stays in the Midnight Realm so Jules can help her rediscover her werewolf roots and figure out why she can’t remember her past.

But unlike Jules, not every werewolf wants Laikyn to remember. And she may be in danger from werewolves again.

When Avery Hensley met Conner Wellings, she thought she’d found the guy she was going to spend the rest of her life with. She got married young and had the most beautiful son in the world. Life seemed perfect. But not everything is what it seems. Turned out Conner had another side to him, a darker side that Avery didn’t see coming. He wrecked and broke her into a thousand pieces, leaving Avery to put herself back together. From then on, Avery vows never to let a man into her life again. But then she meets Tristan Morganson. He’s sweet and sexy and wrecks Avery in a different way than Conner did, the kind of way that makes her feel alive again, the kind of way that makes her think maybe not all guys are bad. But can Avery trust him enough to let her walls come crumbling down? *Can be read as a Standalone* 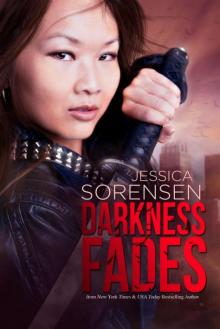 Kayla knows she has to save the world from the vampire virus, but what she didn’t realize was just how complicated it could be. As the secrets to the cure start to unfold, Kayla realizes that not only will her strength be tested, but her willpower as well. Tough choices will have to be made. In the end, she must decide just how much she’s willing to sacrifice to get to a cure. 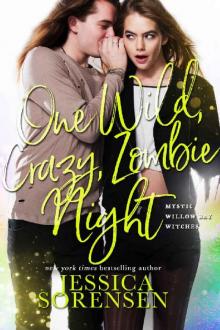 My name is Evalee, and my life is a crazy mess. I may be a hybrid that demons want to feed off of, Hunter has finally taken an interest in me, but only because I have succubus blood inside me, and Ryleigh has come back to life as a zombie. To top it off, I can't leave the house, so I’m stuck trying to rationalize with my brain thirsty sister and an overly affectionate Hunter.

Alex thought things were already complicated, but then Gemma shows up possessed by Stephan and she wants to kill him. Normally, he would eliminate someone in Gemma’s position to protect himself, but his feelings for Gemma won’t allow him to do that. She’s too important to him and he knows he has to save her without hurting her. But can he find a way to save her before someone gets hurt?