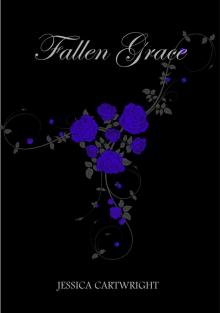 This book is copyright under the Berne Convention.

No reproduction without permission.

The right of Jessica Cartwright to be identified as the author of this work has been asserted by her in accordance with the Commonwealth Copyright Act and its amendments.

A CIP catalogue record for this book is available from National Library of Australia.

For Bella and Manu

Alex. Where is Alex? It’s the first thought that came into my mind. I had no idea how long I’d been unconscious for or worse what had happened to Alex. I opened my eyes to gain my bearings. My vampire sight allowed me to see through the pitch black. I could see the stone walls around me covered with years of moss and water stains. I looked up but I could not see the sky. I couldn’t see a door and the walls must have been at least 25 metres high. I had no idea how we had gotten in here or more importantly how we would get out.

Finally, in the corner of the room, I saw Alex. He was laying on the floor with his back to me. My heart caught in my throat, he wasn’t moving. After a few seconds of sheer panic I saw his chest rise and fall. Alex was alive. Relief flooded over me like a warm wave.

“Alex,” I whispered. “Alex can you hear me?” I rushed over to where Alex’s body lay. He must have been freezing in this place. He was only wearing jeans and his batman shirt. The sight of this made me smile. I flashed back to earlier that day when he had arrived in that shirt, laughing at the irony of him being the bat. He was so sure I would turn into a bat and fly away at the end of the night no matter how many times I told him not all the myths about vampires were true. I crouched down beside Alex touching his shoulder with my hand.

“Alex come on you have to wake up. We need to get out of here.” Alex lifted his head slightly and met my gaze.

“Grace? Is that really you?”

“Of course it is.” I replied confused by his question.

Alex looked unsure and repeated “Is it really you? They said you were dead. I saw them stab you.”

I looked at Alex; he looked so scared I felt so much empathy for him. He knew so little about his own kind.

“Alex, you know that not all of those myths are true. I can’t be killed by someone stabbing me, especially not when they stab me on the opposite side to my heart. I’ve told you before the Acelades protectors are not as smart as ours.”

Alex’s arms caught me off guard. He threw them around me, holding me in a tight hug, allowing me to feel his relief.

“Alex, Alex” I cried, attempting to break him out of the relieved state he was now in after realising I was alive.

“What?” he asked holding my back in his arms looking at my face intently.

“A stab to the chest might not kill me but it still hurts like hell so take it easy,” I replied extracting myself from his arms. I needed to keep my distance from him. The way he made me feel was not useful here. I needed to be a killer, a protector. In short I needed to do my job and keep him alive. I couldn’t believe I had allowed myself to become so distracted that I had risked everything and almost lost it all.

“Do you remember how you got here?” I asked him hoping for some insight into how I was going to get us out of here.

“No” he replied “it was pitch black and I was pretty groggy. How did you get here?”

“I have no idea but I will find a way to get us out of here and get you back to the manor. Don’t worry Alex, I’ll figure it out.” I stood up and moved away from Alex. I needed him to believe that we would get out of this even if I was not sure myself. I had been in worse positions before, but at least then I knew what I was up against, right now I had no idea where we were or who was with us but I could make a guess and if I was right it was bad. very bad. I began searching the walls looking for a clue as to how we had ended up in this chamber. I felt a presence behind me and I turned finding myself face to face with Alex, our bodies touching. I could feel his emotions pulse through me as if they were my own. Fear, anxiety, excitement, lust and love all of them flooding me.

“Alex, you need to sit down, I’ll get us out of here but having you constantly in my face is not helping,” I stated coolly trying to keep my thoughts straight. I needed Alex to stay away from me so I could concentrate on the job at hand. It was hard enough keeping my own emotions in check without having to deal with his as well. Alex needed to return to the manor, to Lucas and Katherine. Then a new protector could be assigned for the rest of the detail. To do that, we needed to leave this place as soon as possible. Alex looked at me rejected.

“I just thought…” thankfully his voice trailed off and I didn’t have to answer his question. I looked at Alex and sighed. He needed an explanation and I knew he would not understand or accept the truth and I didn’t have time to make him especially when I was having a hard time accepting it myself. I had always followed the rules, well mostly but now they seemed archaic and contrived.

“I’m very good at what I do Alex, I make myself fit into any situation so that I can protect those who need it. I’ve done this for a long time. Just let me get us out of here and get you back to the manor, back to your life.” I replied flatly.

Alex looked as though he was going to say something but it caught in his throat. He walked away from me and sat with his back against the wall, his eyes never leaving me. I could see the hurt I had caused. Alex was trying to be strong but I could see him crumbling. He had given up everything he knew for me, trusted me completely and here I was rejecting him. He didn’t understand how I could do this but there was no anger just pain. I had to remain cool, callous, uncaring, that was the only way to save him, maybe one day he would understand. I took a deep breath and tried to concentrate.

I returned to looking for a way out. I could hear Alex breathing deeply behind me trying to calm his emotions. I didn’t trust myself to look at him. I was still searching for an escape when a door opened to my left. It had been invisible, made from the same stone as the walls. Light poured into the chamber and across Alex. I could see a figure in the doorway. The face remained in shadows from the light behind her but I would know that form anywhere. I ran to Alex using my body as a shield to protect him from sight.

“Hello Grace,” Lillian purred in her husky voice “It’s been too long and when I heard we were inviting Alex as our guest I just insisted that you join us.”

I growled in response. I could feel the killer in me taking over as it always did. I would kill Lillian tonight of that I was sure.

Fallen Grace by Jessica Cartwright / Romance & Love have rating 2.7 out of 5 / Based on16 votes