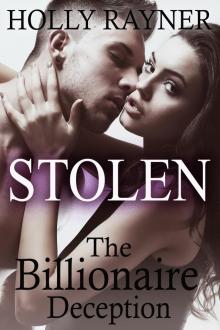 The sequel to this story is available now!

I hung up the phone and squealed. I couldn’t help it, I was so excited. I jumped up off the couch in my apartment and did a happy dance. I danced around the room for a full five minutes before I realized that my roommate Grant was standing in the doorway of his room with his arms folded across his bare chest and an eyebrow raised. His dark eyes were dancing with amusement as I stopped dancing and smiled an embarrassed little grin.

He let his lips curve into a smile. Although there had never been anything between Grant and I other than friendship and a lot of common interests, it was easy for me to see what so many women saw in him. He was tall and broad and muscular. His messy brown hair always looked uncombed but gave him a sexy kind of edgy look and his dark green eyes topped it all off. It had taken me a while to get used to living with a man who often forgot to put on his shirt around the house.

“I’m glad to hear it,” he said casually, as he made his way past me and to the kitchen. “I thought maybe you had seen a mouse and were just jumping back and forth out of the way.”

I laughed and yelled after him, “You know I have skills.” It wasn’t true. I was a nerd. I was a super-smart, straight-A, type A personality nerd. Dancing was my thing when I did ballet as a kid. After I turned thirteen it was all academics from there.

My claim to have skills drew a laugh from the kitchen. Grant knew I was a nerd, but loved me anyways. He was one of those people that the Gods had showered with not only extreme intelligence and looks, but athletic prowess as well. He could dance.

I followed him into the kitchen, and as he was pouring himself a cup of coffee I said, “Ask me what I’m so excited about.”

He turned and leaned himself up against the counter and took a sip of his coffee. Everything he did was so casual. Sometimes I found it calming and other times, like now, it was maddening. At last he said, “So, Erin… tell me, what has gotten you so happy that you’re dancing like no one is watching in the middle of our living room?” He didn’t add, “Thank God no one was watching.” But I could see it on his face.

“Well Grant, thank you for asking… Finally! I just got off the phone with a lady named Brenda…”

Grant interrupted me with a squeal. Then he clapped his hands together and said, “No wonder you’re so excited! Brenda called!”

I folded my arms and waited for his sarcasm to pass. When it did I said, “Are you finished with your sarcastic outburst?” He was grinning, quite proud of himself I’m sure, but he nodded. “May I go on?” Still grinning, he nodded again and took another sip of his coffee. “Brenda is the woman that heads up the Human Resource Department of Hunter Corp. She has just invited me for an interview… drumroll please…” Grant feigned a drumroll and I said, “I’m interviewing for Hunter Corp’s newest and brightest star… Chief Business Development Officer!” He was still waiting so I said, “You may applaud now.”

Grant was kind enough to not only applaud, but to offer a whistle as well. Then we both grew serious and he said, “Wow Erin, that’s better than what you’ve been hoping for. I’m proud of you.”

“You will,” he said. “But you and I know the invitation to apply for that position alone says a lot. I still want it on record that I’m not so sure this is the best way for you to go after what you want.”

“What belongs to me,” I corrected. His worrying wasn’t going to spoil my mood. I couldn’t stop smiling, this was huge! This was what I’d worked so hard for. “I need to go pick out something to wear!” I said suddenly.

“When is the interview?” Grant asked. He dropped the lecture, I was sure that was only temporary, but I was grateful.

“You better hurry then, you only have twenty-four hours,” he called after me. I could hear him laughing as I rushed off.

“I know! I feel the pressure!” I laughed, but the truth was, I did. As I looked through my walk-in closet trying to decide which outfit looked most like something a CBDO would wear, I reflected back on the long road it took me to get this far. Everything I had, everything I knew was stolen from me when I was just a kid. I could have accepted that and moved on. I was intelligent and capable enough that I could build something new on my own merits, but all throughout high school and college while I worked my behind off to get that MBA there was always that need; that drive to get back what was taken from me.

My parents struggled while my father built his company so that by the time I was born, I could have everything. I wasn’t as angry about that being taken away from me as I was about the opportunity to do it being taken away from them. Meanwhile, every time I picked up a newspaper or a financial magazine, the face of the man who had stolen my legacy seemed to stare out at me. James Hunter is the name of the thief and the coward who stole what was rightfully mine. I call him a coward because truthfully what other kind of a man would steal from a child? A man who will steal from a child will do anything to get ahead. In my senior year of college I finally decided that it was not only about revenge… getting even with James Hunter was my civic duty. If he would do what he did to a thirteen year old girl, he would do it again, to someone else. Taking back what he took from me would be a step towards stopping him from doing that.

I started taking internships, paid or not, in my senior year of college. I worked so hard and did such a good job that after I graduated, I had multiple job offers in the corporate world. The first year, I worked two jobs. It wasn’t very conducive to being a young, twenty-something single in the city, but it was a way for me to learn and grow in my field. I needed to first get my foot in the door to what was still a “Man’s” world and then once I’d proven myself I could move on to the one goal I’d been focused on since the day my parent’s died: taking back what they had built.

I eventually landed a position as a top executive in one of Manhattan’s most prestigious business firms, Lyon Enterprises. For a year and a half I had worked
sixteen hour days and I was the driving force behind that company branching out and going from a national conglomerate to a multi-national one. There was even talk about me being headed for the position of CEO someday when and if Mr. Lyons ever decided to give up the reins. It’s what the board had been grooming me for all along. If I made it there before I was thirty, which gave me six years, I would be the youngest woman CEO in the business. That’s where some people might get confused about why I would leave a position like that and take a job with Hunter Corp.

Hunter Corp. had a CEO already, and that CEO had a young son, I think I read that he was twenty-six and James Hunter had been grooming him to take over the business since his late teens. As a matter of fact, I’d read in the last issue of Forbes that James Hunter was CEO in name alone these days, his son, Seth, had pretty much taken over the reins. That was okay though, I didn’t have any qualms about taking back what was mine from either of them. I was a firm believer in the apple not falling far from the tree.

I re-focused on my outfit for my interview and finally settled on a light grey suit jacket with a matching skirt and a pale yellow blouse. I picked out a pair of heels that matched and a bag. I looked at myself then in the full-length mirror and took a deep breath. I was ready for this, I told myself. My credentials were golden, my record with Lyon Enterprises spoke for itself; all I had to do was make it through an interview with the man who stole my legacy. Piece of cake, right?

The Billionaire Deception by Holly Rayner / Romance & Love have rating 5.3 out of 5 / Based on21 votes