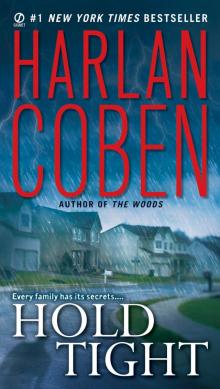 MARIANNE nursed her third shot of Cuervo, marveling at her endless capacity to destroy any good in her pathetic life, when the man next to her shouted, "Listen up, sweetcakes: Creationism and evolution are totally compatible. "

She tried to ignore them. She peered into her glass as if it were a diamond she was sizing up for an engagement ring. Marianne hoped that it would make the mustache man and straw-haired woman disappear. It didn't.

Marianne said, "Would you like to switch stools, so you can be next to one another?"

Mustache put a hand on her arm. "Just hold on, little lady, I want you to hear this too. "

Marianne was going to protest, but it might be easier not to. She turned back to her drink.

"Okay," Mustache said, "you know about Adam and Eve, right?"

"You buy that story?"

"Yes, of course. " He petted his mustache as if it were a small rodent that needed calming. "The Bible tells us that's what happened. First came Adam, then Eve was formed out of his rib. "

Marianne drank. She drank for many reasons. Most of the time it was to party. She had been in too many places like this, looking to hook up and hoping it would come to more. Tonight, though, the idea of leaving with a man held no interest. She was drinking to numb and damn it if it wasn't working. The mindless chatter, once she let go, was distracting. Lessened the pain.

She had messed up.

Her entire life had been a sprint away from anything righteous and decent, looking for the next unobtainable fix, a perpetual state of boredom punctuated by pathetic highs. She'd destroyed something good and now that she'd tried to get it back, well, Marianne had screwed that up too.

In the past, she had hurt those closest to her. That was her exclusive club of whom to emotionally maim-those she loved most. But now, thanks to her recent blend of idiocy and selfishness, she could add total strangers to the list of victims of the Marianne Massacre.

For some reason, hurting strangers seemed worse. We all hurt those we love, don't we? But it was bad karma to hurt the innocent.

Marianne had destroyed a life. Maybe more than one.

To protect her child. That was what she'd thought.

"Okay," Mustache said, "Adam begot Eve or whatever the hell the term was. "

"Which has been proven wrong by science. "

"Now just wait, pretty lady. Hear me out. " He held up his right hand. "We have Adam"-then he held up his left-"and we have Eve. We have the Garden of Eden, right?"

"So Adam and Eve have two sons, Cain and Abel. And then Abel kills Cain. "

"You sure?" He frowned, thinking about it. Then he shook it off. "Look, whatever. One of them dies. "

"Okay, that leaves us with Cain. So the question is, who did Cain reproduce with? I mean, the only other available woman is Eve and she's getting on in years. So how did mankind continue to survive?"

Mustache stopped, as if waiting for applause. Marianne rolled her eyes.

"Do you see the dilemma?"

"Maybe Eve had another kid. A girl. "

"So he had sex with his sister?" Mustache asked.

"Sure. In those days, everyone did everyone, didn't they? I mean, Adam and Eve were the first. There had to be some early incest. "

"The Bible forbids incest. The answer lies in science. That's what I mean. Science and religion can indeed coexist. It's all about Darwin 's theory of evolution. "

"Think about it. According to all those Darwinists, what did we descend from?"

"Right, monkeys or apes or whatever. So anyway Cain is cast out and he's wandering around this glorious planet on his own. You with me?"

Marianne shrugged. "With you. "

"Great. " He smiled and arched an eyebrow. "And Cain is a man, right?"

Straw Hair wanted back in: "Right. "

"So he's walking around. And he's feeling his oats. His natural urges. And one day, while walking through a forest"-another smile, another pet of the mustache-"Cain stumbles across an attractive monkey. Or gorilla. Or orangutan. "

Marianne stared at him. "You're kidding, right?"

"No. Think about it. Cain spots something from the monkey family. They're the closest to human, right? He jumps one of the females, they, well, you know. " He brought his hands together in a silent clap in case she didn't know. "And then the primate gets pregnant. "

Marianne started to turn back to her drink, but the man tapped her arm again.

"Don't you see how that makes sense? The primate has a baby. Half ape, half man. It's apelike, but slowly, over time, the dominance of mankind comes to the forefront. See? Voila! Evolution and creationism made one. "

He smiled as though waiting for a gold star.

"Let me get this straight," Marianne said. "God is against incest, but He's into bestiality?"

The mustached man gave her a patronizing, there-there pat on the shoulder.

"What I'm doing here is trying to explain that all the smarty-pants with their science degrees who believe that religion is not compatible with science are lacking in imagination. That's the problem. Scientists just look through their microscopes. Religionists just look at the words on the page. Neither is seeing the forest in spite of the trees. "

"That forest," Marianne said. "Would that be the same one with the attractive monkey?"

The air shifted then. Or maybe it was Marianne's imagination. Mustache stopped talking. He stared at her for a long moment. Marianne didn't like it. There was something different there. Something off. His eyes were black, lightless glass, like someone had randomly jammed them in, like they held no life in them. He blinked and then moved in closer.

"Whoa, sweetheart. Have you been crying?"

Marianne turned to the straw-haired woman. She stared too.

"Fine," Marianne said. She thought that maybe there was a slur in her voice. "I just want to drink in peace. "

Marianne kept her eyes on the liquor. She waited for movement in her peripheral vision. It didn't happen. The man with the mustache was still standing there.

She took another deep sip. The bartender cleaned a mug with the ea
se of a man who'd done it for a very long time. She half-expected him to spit in it, like something from an old Western. The lights were low. There was the standard dark mirror behind the bar with the anticosmetic glass, so you could scope out your fellow patrons in a smoky thus flattering light.

Marianne checked the mustache man in the mirror.

He glared at her. She locked on those lightless eyes in the mirror, unable to move.

The glare slowly turned into a smile, and she felt it chill her neck. Marianne watched him turn away and leave, and when he did, she breathed a sigh of relief.

She shook her head. Cain reproducing with an ape-sure, pal.

Her hand reached for her drink. The glass shook. Nice distraction, that idiotic theory, but her mind couldn't stay away from the bad place for long.

She thought about what she had done. Had it really seemed like a good idea at the time? Had she really thought it through-the personal price, the consequences to others, the lives altered forever?

She closed her eyes, rubbed them. Her stomach started gurgling. Stress, she imagined. Her eyes opened. The bar seemed darker now. Her head began to spin.

Too early for that.

How much had she drunk?

She grabbed hold of the bar, the way you do on nights like this, when you lie down after you have too much to drink and the bed starts twirling and you hang on because the centrifugal force will hurl you through the nearest window.

The gurgling in her stomach tightened. Then her eyes opened wide. A thunderbolt of agony ripped through her abdomen. She opened her mouth, but the scream wouldn't come-blind pain squeezed it shut. Marianne doubled over.

Straw Hair's voice. She sounded very far away. The pain was horrible. The worst she had felt, well, since childbirth. Giving birth- God's little test. Oh, guess what-that little being you are supposed to love and care for more than yourself? When it first comes out, it is going to cause physical pain you can't begin to fathom.

Nice way to start a relationship, don't you think?

Wonder what Mustache would make of that.

Razor blades-that was what it felt like-clawed at her insides as if fighting to get out. All rational thought fled. The pain consumed her. She even forgot about what she'd done, the damage she had caused, not just now, today, but throughout her life. Her parents had withered and been aged by her teenage recklessness. Her first husband had been destroyed by her constant infidelity, her second husband by the way she treated him, and then there were her kid, the few people who'd befriended her for more than a few weeks, the men she'd used before they used her. . .

The men. Maybe that was about payback too. Hurt them before they hurt you.

She was sure that she was going to vomit.

Marianne felt herself falling off the stool. Strong hands slithered underneath her armpits and kept her upright. Someone-Straw Hair-guided her toward the back. She stumbled toward the bathroom. Her throat felt impossibly dry. The pain in her stomach made it impossible to stand upright.

The strong hands held on to her. Marianne kept her eyes on the floor. Dark. She could only see her own feet shuffling, barely lifting. She tried to look up, saw the bathroom door not far ahead, wondered if she'd ever get there. She did.

And kept on going.

Straw Hair still held her under the armpits. She steered Marianne past the bathroom door. Marianne tried to put on the brakes. Her brain wouldn't obey the command. She tried to call out, to tell her savior that they'd passed the door, but her mouth wouldn't work either.

"Out this way," the woman whispered. "It will be better. "

She felt her body push against the metal rod of an emergency door. The door gave way. Back exit. Made sense, Marianne figured. Why mess up a bathroom? Better to do it in a back alley. And get some fresh air. Fresh air might help. Fresh air might make her feel better.

The door opened all the way, hitting the outside wall with a bang. Marianne stumbled out. The air did indeed feel good. Not great. The pain was still there. But the coolness on her face felt good.

That was when she saw the van.

The van was white with tinted windows. The back doors were open like a mouth waiting to swallow her whole. And standing there, right by those doors, now taking hold of Marianne and pushing her up inside the van, was the man with the bushy mustache.

Marianne tried to pull up, but it was no use.

Mustache tossed her in as if she were a sack of peat moss. She landed on the van's floor with a thud. He crawled in, closed the back doors, and stood over her. Marianne rolled to a fetal position. Her stomach still ached, but fear was taking over now.

The man peeled off his mustache and smiled at her. The van started moving. Straw Hair must be driving.

She couldn't move, couldn't breathe. He sat next to her, pulled his fist back, and punched her hard in the stomach.

If the pain had been bad before, it went to another dimension now.

And then he began to hurt her for real.