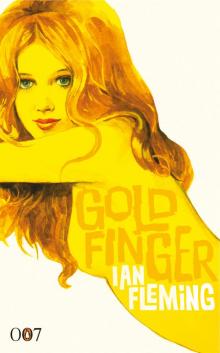 #7) Auric Goldfinger, the most phenomenal criminal Bond has ever faced, is an evil genius who likes his cash in gold bars and his women dressed only in gold paint. After smuggling tons of gold out of Britain into secret vaults in Switzerland, this powerful villain is planning the biggest and most daring heist in history—robbing all the gold in Fort Knox. That is, unless Secret Agent 007 can foil his plan. In one of Ian Fleming's most popular adventures, James Bond tracks this most dangerous foe across two continents and takes on two of the most memorable villains ever created—a human weapon named Oddjob and a luscious female crime boss named Pussy Galore. 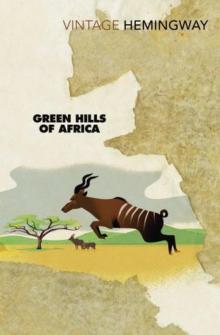 Green Hills of Africa is Ernest Hemingway's lyrical journal of a month on safari in the great game country of East Africa, where he and his wife Pauline journeyed in December 1933. Hemingway's well-known interest in - and fascination with - big-game hunting is magnificently captured in this evocative account of his trip. It is an examination of the lure of the hunt and an impassioned portrait of the glory of the African landscape and of the beauty of a wilderness that was, even then, being threatened by the incursions of man. 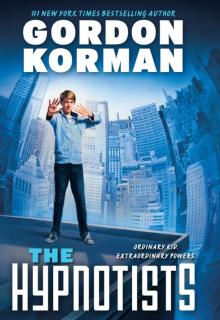 An all-new, mesmerizing adventure from the masterful Gordon Korman!

Jackson Opus has always been persuasive, but he doesn't know that he's descended from the two most powerful hypnotist bloodlines on the planet. He's excited to be accepted into a special program at the Sentia Institute -- but when he realizes he's in over his head, Jackson will have to find a way to use his powers to save his friends, his parents, and his government.

Adventures of a Cat-Whiskered Girl 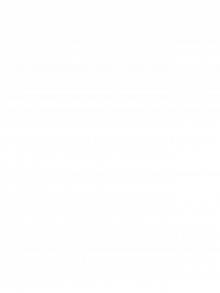 Big Audrey waves goodbye to her friends Iggy and Neddie, Seamus, and Crazy Wig, in Los Angeles and hitches a ride with bongo-playing-while-driving Marlon Brando across the country to Poughkeepsie, New York, city of mystery. She finds she has questions needing answers and a bit of inter-plane-of-existence traveling to do.

Big Audrey and her telepathic friend Molly zigzag off on an incredibly strange and kooky adventure, and solve the mystery of the cat-whiskered doppelganger."

Pebble in the Sky 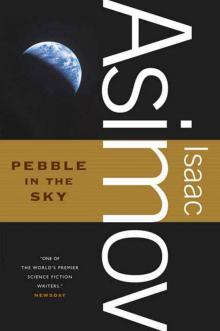 One moment Joseph Schwartz is a happily retired tailor in Chicago, 1949. The next he's a helpless stranger on Earth during the heyday of the first Galactic Empire.

Earth, as he soon learns, is a backwater, just a pebble in the sky, despised by all the other 200 million planets of the Empire because its people dare to claim it's the original home of man. And Earth is poor, with great areas of radioactivity ruining much of its soil—so poor that everyone is sentenced to death at the age of sixty.

This is young Isaac Asimov's first novel, full of wonders and ideas, the book that launched the novels of the Galactic Empire, culminating in the Foundation series. This is Golden Age SF at its finest. 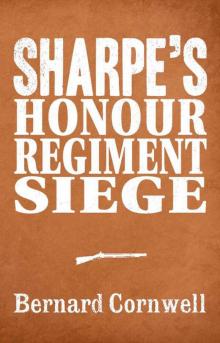 Richard Sharpe and the Vitoria Campaign, February to June 1813

Major Richard Sharpe awaits the opening shots of the army’s new campaign with grim expectancy. Victory depends on the increasingly fragile alliance between Britain and Spain – an alliance that must be maintained at any cost.

Richard Sharpe and the Invasion of France, June to November 1913

Major Sharpe’s men are in mortal danger – not from the French, but from the bureaucrats of Whitehall. Unless reinforcements can be brought from England, the regiment will be disbanded.

Richard Sharpe and the Winter Campaign, 1814

The invasion of France is under way and the British Navy has called upon the services of Major Richard Sharpe. He and a small force of riflemen are to capture a fortress and secure a landing on the French coast – one of the most dangerous missions of his career.

Tobias and Charlotte Eggers are not on vacation. Well, I suppose they are on a vacation from everything they once knew. Locked within the walls of Witherwood, high upon a mysterious mesa, they are still looking for a way out. There are distractions, however. The very ground is shaking, and the creatures that protect the school are revolting. When one of their only friends goes missing it leads to a devastating secret. But there is hope. There are other students who have clear minds and are also fighting to get out. Luckily for everyone, Tobias has a plan. It's a dangerous one, but if it works, it could forever change their fate and Witherwood's future.

Forged in Blood I 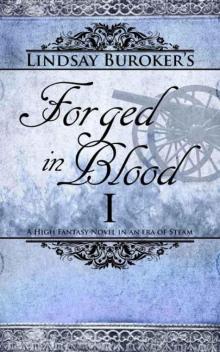 The emperor has been ousted from the throne, his bloodline in question, and war is descending on the capital. Forge, the nefarious business coalition that has been manipulating the political situation from the beginning, has the ultimate weapon at its disposal.

If it was difficult for a small team of outlaws--or, as Amaranthe has decided they should now be called, rebels--to make a difference before, it's a monumental task now. If she's to return idealistic young Sespian to the throne, earn the exoneration she's sought for so long, and help her closest ally win the respect of the son who detests him, she'll have to employ an unprecedented new scheme...preferably without destroying the city--or herself--in the process. 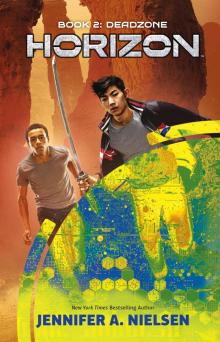 The survivors have made it out of the jungle, but they may be sorry they ever left when they stumble upon a whole new ecosystem, populated with entirely new threats. And the greatest threat of all may come from within. Because one of the kids is changing... **The seven-book series begun by #1 New York Times bestseller Scott Westerfeld only gets bigger and bolder under the frenzied imagination of bestselling, critically acclaimed author Jennifer A. Nielsen!** 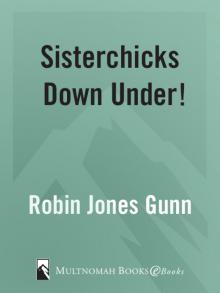 Kathleen joins her husband for a three-month trip to New Zealand when he’s hired by a film studio in Wellington. Leaving behind all that is familiar in her comfortable corner in Southern California, she realizes that the past twenty years have been so tightly woven into the life of her only daughter that she’s not sure who she is on her own or with her husband. In her isolation, Kathleen begins to contemplate reinventing herself, but before her crazy schemes take flight, she meets Jill at the Chocolate Fish café. Even though the two women are very different at first glance, they find they share a common Sisterchick heart and instantly forge a friendship that takes them on a journey where both Kathleen and Jill find that God has returned to them the truest part of themselves that was set aside so many years ago.

SISTERCHICK TM n.: a friend who shares the deepest wonders of your heart, loves you like a sister, and provides a reality check when you’re being a brat.

When Kathleen and her husband, Tony, pack up and fly off to New Zealand for Tony’s three-month film job, Kathleen discovers more than her geography has flip-flopped. In the land down under, comfort food comes in a jar labeled “Vegemite,” gardens sprout hobbit statues, and, if you’re not careful, you just might venture into the Chocolate Fish café with feathers in your hair.

Of course, the feathers could open up a conversation with fellow diner Jill, also a California girl and an instant SISTERCHICK. Together they take in a performance at the Sydney Opera House; hold “hands” with a mama kangaroo and greet her in-pocket joey; watch dolphins surf the New Zealand waves; and discover that, in a topsy-turvy land where “Bob’s your uncle” is a statement that actually makes sense, one’s heart is likely to fall head over heels into a deeper sense of God’s love.

Story Behind the Book

“My motivation for the Sisterchicks™ books came from being involved with so many women who get halfway through life and shipwreck their faith or their families in search of themselves. I wanted to write a book that extols faithfulness and shines the light on God’s plan for a woman’s life, which is always more gigantic and more mysterious than she ever first believed. On the edge of my heart sits a constant prayer for the reader who lifts the covers of these books and snuggles in for a cozy read. My prayer is that she will be filled with hope and will come closer than ever to the One who loves to sprinkle His wonders over our days.”

My Family and Other Animals 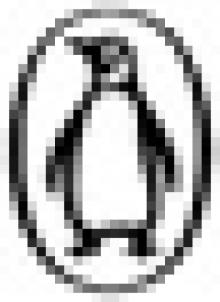 When the unconventional Durrell family can no longer endure the damp, gray English climate, they do what any sensible family would do: sell their house and relocate to the sunny Greek isle of Corfu. My Family and Other Animals was intended to embrace the natural history of the island but ended up as a delightful account of Durrell’s family’s experiences, from the many eccentric hangers-on to the ceaseless procession of puppies, toads, scorpions, geckoes, ladybugs, glowworms, octopuses, bats, and butterflies into their home. 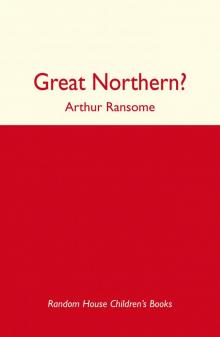 'I was wrong,' said Captain Flint. 'He's not mad but bad. It isn't only eggs he wants. He wants to take the credit for it. You're quite right. It's up to us, it's up to the ship, to see he doesn't.'Dick's birdwatching discovery turns the cruise of the Sea Bear into a desperate chase. Not only do the Swallows and Amazons have to prove the facts of the case but they also have to dodge the savage natives and evade the ruthless pursuit of a fanatic egg-collector, determined to kill a pair of rare birds and steal the credit. Fortunately, Nancy has a few plans. 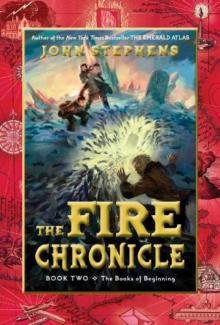 After the tumultuous events of last winter, Kate, Michael, and Emma long to continue the hunt for their missing parents. But they themselves are now in great danger, and so the wizard Stanislaus Pym hides the children at the Edgar Allan Poe Home for Hopeless and Incorrigible Orphans. There, he says, they will be safe. How wrong he is.

The children are soon discovered by their enemies, and a frantic chase sends Kate a hundred years into the past, to a perilous, enchanted New York City. Searching for a way back to her brother and sister, she meets a mysterious boy whose fate is intricately—and dangerously—tied to her own.

Meanwhile, Michael and Emma have set off to find the second of the Books of Beginning. A series of clues leads them into a hidden world where they must brave harsh polar storms, track down an ancient order of warriors, and confront terrible monsters. Will Michael and Emma find the legendary book of fire—and master its powers—before Kate is lost to them forever?

Exciting, suspenseful, and brimming with humor and heart, the next installment of the bestselling Books of Beginning trilogy will lead Kate, Michael, and Emma closer to their family—and to the magic that could save, or destroy, them all.

The Hero's Guide to Saving Your Kingdom 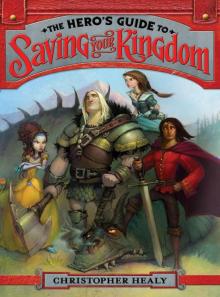 Prince Liam. Prince Frederic. Prince Duncan. Prince Gustav. You’ve never heard of them, have you? These are the princes who saved Sleeping Beauty, Cinderella, Snow White, and Rapunzel, respectively, and yet, thanks to those lousy bards who wrote the tales, you likely know them only as Prince Charming. But all of this is about to change.

Rejected by their princesses and cast out of their castles, the princes stumble upon an evil plot that could endanger each of their kingdoms. Now it’s up to them to triumph over their various shortcomings, take on trolls, bandits, dragons, witches, and other assorted terrors, and become the heroes no one ever thought they could be.

Christopher Healy’s Hero’s Guide to Saving Your Kingdom is a completely original take on the world of fairy tales, the truth about what happens after “happily ever after.” It’s a must-have for middle grade readers who enjoy their fantasy adventures mixed with the humor of the Diary of a Wimpy Kid books. Witty black-and-white drawings by Todd Harris add to the fun. 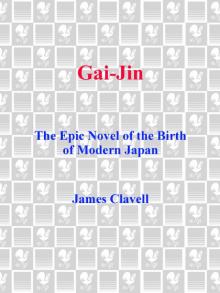