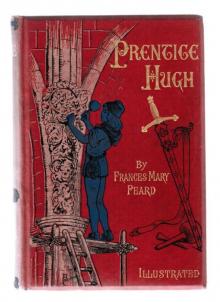 There are differences of opinion as to Bishop Bitton's share in thetransforming of Exeter Cathedral, and I have followed that expressed byArchdeacon Freeman, who, after speaking of the prevalent idea that thepresent choir was the work of Stapledon, states that, from the evidenceof the Fabric Rolls, it was done by Bitton, whose episcopate lasted from1292 to 1307. After noticing the facts which point to this conclusion,Archdeacon Freeman adds: "We thus establish, as I conceive, withabsolute certainty, the date of the completion of the _eastern half ofthe choir_, a point entirely misconceived hitherto. To Bitton and notto Stapledon it must be ascribed. And we shall see reason presently forascribing to him all the substantial features of the remainder, and thevaulting of the whole."

With regard to the story itself, no one can be more conscious than I ammyself of the dangers inseparable from attempting to place it at soearly a date, when the author is at once plunged into a very quagmire ofpossible anachronisms. I can only ask the indulgence of those who,happening to cast their eyes upon these pages, detect there the errorsin manners and customs which I am too conscious may exist.

It may be convenient, for the unlearned, to notice that the value ofcoins was about fifteen times as much as in the present day. Thus onepound equalled fifteen pounds, and one mark (or shilling) fifteenshillings. A groat contained four silver pennies, and there were twohundred and forty pennies in a silver pound.

"Nay, now, 'twere rarer sport to duck the lubber in the river!"

These and a hundred other taunts were hurled with entire freedom at thehead of a sturdy boy, to judge from his round and rosy face not morethan eleven years old, by six or eight urchins, who were dancing roundhim with many unfriendly demonstrations. Apparently there had alreadybeen an exchange of hostilities. One of the half-dozen had received ablow in the eye which had half closed that organ and another showedsigns of having suffered on the nose, much to the damage of hisclothing; these injuries had evidently enraged and excited thesufferers. Prudence, however, was not forgotten. They egged each otherto the attack, but at the same time showed signs of hesitation, perhapsfor want of a leader who might organise a simultaneous rush.

The boy, meanwhile, though he too bore marks of the fray, for hisclothes were torn, and a streak of blood on his cheek showed where hehad been hit by a stone or a stick, kept a valiant front. He stood withhis back against a fine oak, and flourished a short stout cudgel.

"Come on, come on, all of you!" he shouted. "A broken crown the firstshall have, I promise you!"

"He's threatening thee, Jack Turner. Hit him over the pate!"

"Look at his jerkin--he's one of the Flemish hogs."

"Flemish!" cried the boy indignantly. "Better English than all of youput together. No English that I know are cowards!"

The dreadfulness of such a charge overcame all fears of broken heads.With a yell of rage the urchins rushed pell-mell upon their foe, andbattle, indeed, arose! He defended himself with a courage and vigourworthy of all praise, hitting at weak points, and bestowing at least twoof his promised broken heads. But numbers will prevail over the mostdetermined bravery, and here were at least a dozen kicking legs andencumbering arms. Do what he would he could not shake them off, blowsrained upon him under which he turned dizzy, and his evil case wouldsoon have been exchanged for a worse, if an unexpected ally had notrushed upon the group. A splendid deer-hound crashed in upon them,upsetting two or three of the boys, though more as if he were amusinghimself with a rough frolic than with thought of harm. The urchins,however, did not stay to consider this, for, picking themselves up withcries of terror, they fled as fast as their legs could carry them,leaving sundry spoils behind them in the shape of apples and aspice-cake, which latter the dog, doubtless considering himself entitledto his share of the booty, gobbled up without a moment's hesitation.

The boy who had been the object of attack was the only one who showed nosign of fear. He stood, breathless and panting, his cheeks crimson, hisclothes torn, but with so resolute a determination in his face as provedthat he was ready for another fight. Seeing, however, that the houndhad no ill intentions, he straightened and shook himself, picked up thecap which had fallen off in the fray, and looked round to see who wasnear.

He saw for the first time that two persons were watching him with someamusement. One was a boy of about fourteen, the other an elderly man inthe grey dress of a Franciscan friar.

"Thou art a sturdy little varlet," said the friar, coming forward with asmile, "and held thine own right well. But I doubt me how it would havegone, had Wolf not borne in to the rescue. No shame to thee either, forthou wast sorely overmatched. What had brought such a force ofrascaille upon thee?"

The boy had grown rather redder, if that were possible, but he spoke outbravely.

"Holy friar, they were angry because this morning I saved a monkey outof their hands. Its master, an Italian, had died, and they called thepoor beast a devil's imp, and were going to stone it to death."

"I would Wolf had served them worse! But why did they not fight withthee at the time?"

"They were but three then," said the boy with a laugh.

"Hum. And who are the little varlets? Give me their names, and theyshall have a goodly thrashing."

The boy for the first time hung his head. The other lad, who had beenlistening impatiently, broke in in French.

"Set Wolf at them in another sort of fashion. I see them still skulkingabout, and peeping at us from behind the trees--the unmannerly loons!They need to be taught a lesson."

"Gently, Edgar," said the friar, laying his hand on his youngcompanion's arm, "Wolf might prove a somewhat dangerous chastiser.Come, boy, let us have their names," he added, turning to the other.

"Holy friar," said the boy eagerly, "I know the French."

The friar lifted his eyebrows.

"I thought thy tongue had a strange trick about it, but I could havesworn it was Flemish that it resembled."

"We have just come from Flanders."

"Not English," cried Edgar angrily. "If I had known he was one of thoseblood-sucking foreigners, who fasten like leeches upon our poor country,Wolf should never have bestirred himself to the rescue."

"Peace," said the friar more sharply, but before he could say more theyounger boy broke in indignantly--

"We are English, good English! My father has but been in Flandersperfecting himself in his trade of wood-carving."

"And 'twas there you learnt the French?"

"Perhaps also thou hast learnt to read?" pursued the friar, with thesmile with which in these days we might ask a ploughboy whether he knewHebrew.

"A little," said the boy modestly.

So unexpected was the answer, that the friar started back.

"Ay. He is training, no doubt, for the monastery," said the ladcarelessly, though looking at the other with amazement.

"Nay," said the boy sturdily; "no monk's hood for me. I would be asoldier and fight for King Edward."

"And what knowest thou of King Edward?" inquired the friar, whoevidently found amusement in questioning.

&nbs
p; "What all the world knows," the boy answered sturdily, "that never was anobler king or truer Englishman."

"Ay? Learnt you that in Flanders?" said the friar, lifting his eyebrowsin some astonishment. "Well, wherever you had it, 'tis good teachingand true, such as men by-and-by will look back and own. And so nothingwill serve thee but hard blows? What is thy name?"

"Come to the great Stourbridge fair with thy father and mother?"

"My mother is dead. My father has brought some of his carvings here tosell, and we lodge in the sacristan's house because 'tis too cold in thefields."

Wolf, at a call from the young lad, had come back from an investigationamong the oaks, and was now slobbering affectionately over his