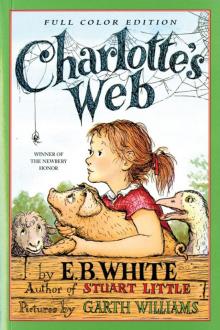 This beloved book by E. B. White, author of Stuart Little and The Trumpet of the Swan, is a classic of children's literature that is "just about perfect." This high-quality paperback features vibrant illustrations colorized by Rosemary Wells! Some Pig. Humble. Radiant. These are the words in Charlotte's Web, high up in Zuckerman's barn. Charlotte's spiderweb tells of her feelings for a little pig named Wilbur, who simply wants a friend. They also express the love of a girl named Fern, who saved Wilbur's life when he was born the runt of his litter. E. B. White's Newbery Honor Book is a tender novel of friendship, love, life, and death that will continue to be enjoyed by generations to come. This edition contains newly color illustrations by Garth Williams, the acclaimed illustrator of E. B. White's Stuart Little and Laura Ingalls Wilder's Little House series, among many other books. --harpercollins.com
History & Fiction / Young Adult
Read online 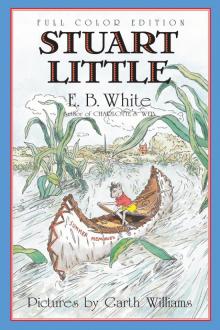 A paperback edition of E.B. White's classic novel about one small mouse on a very big adventure! With black and white illustrations. Stuart Little is no ordinary mouse. Born to a family of humans, he lives in New York City with his parents, his older brother George, and Snowbell the cat. Though he's shy and thoughtful, he's also a true lover of adventure. Stuart's greatest adventure comes when his best friend, a beautiful little bird named Margalo, disappears from her nest. Determined to track her down, Stuart ventures away from home for the very first time in his life. He finds adventure aplenty. But will he find his friend?
Young Adult / History & Fiction / Fantasy
Read online

The Elements of Style 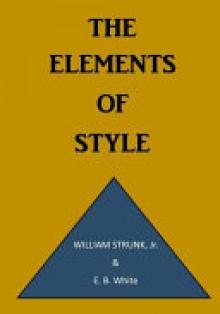 A Prescriptive American English Writing Style Guide The Elements of Style William Strunk, Jr. E. B. White This book aims to give in brief space the principal requirements of plain English style. It aims to lighten the task of instructor and student by concentrating attention (in Chapters II and III) on a few essentials, the rules of usage and principles of composition most commonly violated. In accordance with this plan it lays down three rules for the use of the comma, instead of a score or more, and one for the use of the semicolon, in the belief that these four rules provide for all the internal punctuation that is required by nineteen sentences out of twenty. Similarly, it gives in Chapter III only those principles of the paragraph and the sentence which are of the widest application. The book thus covers only a small portion of the field of English style. The experience of its writer has been that once past the essentials, students profit most by individual instruction based on the problems of their own work, and that each instructor has his own body of theory, which he may prefer to that offered by any textbook. The numbers of the sections may be used as references in correcting manuscript. The writer's colleagues in the Department of English in Cornell University have greatly helped him in the preparation of his manuscript. Mr. George McLane Wood has kindly consented to the inclusion under Rule 10 of some material from his Suggestions to Authors. The Elements of Style is a prescriptive American English writing style guide in numerous editions. The original was composed by William Strunk Jr., in 1918, and published by Harcourt, in 1920, comprising eight "elementary rules of usage," ten "elementary principles of composition," "a few matters of form," a list of 49 "words and expressions commonly misused," and a list of 57 "words often misspelled." E. B. White much enlarged and revised the book for publication by Macmillan, in 1959. That was the first edition of the so-called "Strunk; White," which Time named in 2011 one of the 100 best and most influential books written in English since 1923. Cornell University English professor William Strunk, Jr. wrote The Elements of Style in 1918 and privately published it in 1919, for in-house use at the university. (Harcourt republished it in 52-page format in 1920.) Later, for publication, he and editor Edward A. Tenney revised it as The Elements and Practice of Composition (1935). In 1957, at The New Yorker, the style guide reached the attention of E.B. White, who had studied writing under Strunk in 1919 but had since forgotten "the little book" that he described as a "forty-three-page summation of the case for cleanliness, accuracy, and brevity in the use of English." Weeks later, White wrote a feature story about Strunk's devotion to lucid English prose.
History & Fiction
Read online 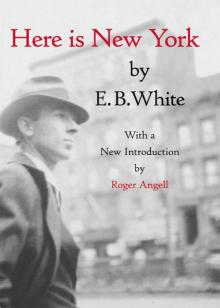 In the summer of 1948, E.B. White sat in a New York City hotel room and, sweltering in the heat, wrote a remarkable pristine essay, Here is New York. Perceptive, funny, and nostalgic, the author’s stroll around Manhattan—with the reader arm-in-arm—remains the quintessential love letter to the city, written by one of America’s foremost literary figures. *Here is New York* has been chosen by *The New York Times* as one of the ten best books ever written about the city. The *New Yorker* calls it “the wittiest essay, and one of the most perceptive, ever done on the city.”
History & Fiction / Actions & Adventure
Read online

Essays of E. B. White 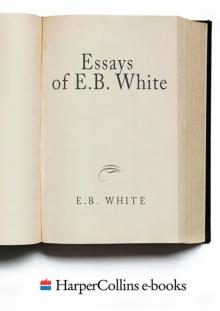 The classic collection by one of the greatest essayists of our time.

The Trumpet of the Swan 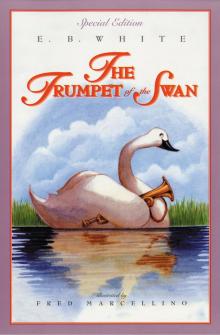 **Swan Song **Like the rest of his family, Louis is a trumpeter swan. But unlike his four brothers and sisters, Louis can't trumpet joyfully. In fact, he can't even make a sound. And since he can't trumpet his love, the beautiful swan Serena pays absolutely no attention to him. Louis tries everything he can think of to win Serena's affection -- he even goes to school to learn to read and write. But nothing seems to work. Then his father steals him a real brass trumpet. Is a musical instrument the key to winning Louis his love?
Young Adult / History & Fiction / Fantasy
Read online