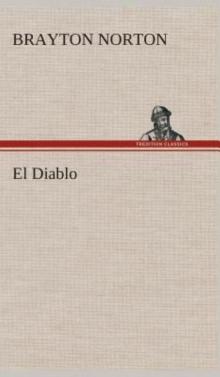 "May I come aboard your vessel?"]

_Printed in the United States of America_

IV THE WORK OF THEIR FATHERS 30

VI THE LAW OF THE FISHERMEN 63

VIII A DECLARATION OF INDEPENDENCE 77

XI REFUSING TO BE BLUFFED 105

XIV THE MOTHER OF INVENTION 145

XVII THE FANGS OF MASCOLA 180

XVIII THE COST OF DEFEAT 186

XXII STRICTLY ON THE DEFENSIVE 237

XXV THE BANKER AT THE HELM 264

XXVI THE VALUE OF PUBLICITY 280

XXVII TO SOLVE THE MYSTERY 291

XXXI BENEATH THE WATERS 340

XXXII FOR ALL THE WORLD TO KNOW 352

Richard Gregory stirred restlessly in his sleep vaguely aware of anunfamiliar sound, a faint tapping, insistent, disturbing. He wakenedsharply and sat bolt upright, conscious of the fact that he was fullydressed. Then he remembered.

It took but a minute to shove his automatic into his pocket and securehis rifle from the corner. Groping his way to the door he stoodshivering on the threshold, staring into the thick gray fog whichenveloped him.

A hand touched his shoulder. Strong fingers tightened on his arm.

Gregory started to speak but a warning pressure of the big fingersrestrained him. His companion led the way. He followed in silence.Through the winding streets of the little fishing village they went,the familiar landmarks about them looming grotesque and mystical in thelow-hanging fog. At length the acrid air of the sea assailed theirnostrils and the silence of the night was broken by the noisy splashingof a marsh-loon.

Bill Lang stopped suddenly. Faintly through the gray void came themuffled gulping of an under-water exhaust. Huddled together they stoodlistening. To Richard Gregory the sound indicated only the slow approachof a motor-boat. To the trained ear of the fisherman it meant thatMexican Joe was on time with the _Sea Gull_.

Lang led on down the loosely boarded wharf piled high with ill-smellingfish-boxes and paused at the head of a narrow gangway, looking back,listening. Close by the dock Gregory discerned the outline of afishing-boat, magnified by the fog into whimsical proportions.Descending cautiously, he followed Lang aboard and groped his way intothe protecting shelter of the engine-house. The cold mist clung to hisflesh and he drew his coat closer about him. The soft breathing of theheavy-duty motor became more pronounced, more labored. The clutch wasin. They were backing out into the stream. He glanced above him at thestay where the starboard side-lamp hung. But the grayness was unbrokenby a single ray of green.

It was taking a long chance on such a night as this, Gregory reflected.But then the whole business was a long chance. And Lang knew hisbusiness.

Imbued with a fisherman's sixth sense of feeling his way along familiarchannels rendered unfamiliar by fog, Bill Lang piloted his craftskilfully down the silent bay in the direction of the open sea.

The roar of the breakers sounded ominously close through the gray canopyof fog. The little craft rocked briskly in the trough of the swell asLang threw the wheel over and headed out to sea. Flashing a small lightover the compass, which served as an improvised binnacle, he peeredintently at the instrument. Then he spoke softly to the man forward.

When the Mexican had relieved him Lang bent low over the compass andexamined his watch. Then he joined Gregory.

"Twelve o'clock," he announced. "We've got to make Diablo beforedaybreak. Sixty-five miles in less than four hours. That means hurry inweather like this."

He turned to the man at the wheel.

"Crowd her, Joe," he called. "We're taking chances to-night. If we hitanybody we might as well hit hard."

"Do you think we got out without being seen?"

Lang shook his head sagely in the darkness.

"Not much of a chance," he answered after a moment. "Couldn't have had abetter night, though. But it's mighty hard to slip anything over on thedago. If the fog would lift up it would be even shootin' you'd see oneof Mascola's outfit trailin' us astern. We've got him nervous, I tellyou."

"It's high time they were getting nervous," Gregory rejoined. "When theytry to browbeat American fishermen off the high seas and coastal watersit's time somebody was getting nervous."

He was silent for a moment and Lang as usual only grunted his assent.Then Gregory went on:

"But there's something else that's making them nervous, Lang. Somethingthey are doing around that devil-island. What kinds of laws they'rebreaking out there nobody knows. They may be doing anything fromshooting fish to catching chicken-halibut or baby barracuda. We don'tknow what. But we do know they're mighty touchy on who cruises round ElDiablo. When our boats get around that infernal island something alwayshappens. You know that."

"That's why it's up to us to find out what it is. It's hard enough toget the fish as it is without Mascola staking out the water like heowned it and telling us to keep out."

For some time the two men leaned together against the engine-house, eachkeeping his own counsel, each busied with his own thoughts. Then Gregoryspoke:

"If anything happens to me to-night, Lang, keep all this b
usiness toyourself until my son comes home. Tell him. No one else. We want to getto the bottom of this thing ourselves without any one else butting in tobungle the job. Do you understand?"

When Lang had gone to relieve the Mexican at the wheel Richard Gregory'sthoughts turned to his son overseas. Should he have waited until hisreturn? He wondered. It was a young man's work, such a job as this,--andyet,--no, it was better to get to the bottom of the thing to-night. Hishead sank lower on his breast. Perhaps he could snatch a few winks ofsleep. He might need it.

The muffled rattle of the anchor-chain caused him to waken sharply,stiff with cold. The motor was silent. The launch rocked lazily. Througha rift in the fog he saw a rocky beach only a stone's throw away. Theywere anchored close by the shore.

"Hell-Hole," announced Lang in a whisper.

Gregory picked up his rifle.

For a moment the big fisherman by his side hesitated. Then he said: "Whynot stay on the _Gull_, Mr. Gregory? Let Joe go ashore with me."

The answer was decisive. There were no explanations. Lang knew it wasfinal. Assisted by the Mexican, he swung the dory free and lowered itquietly into the water. Helping Gregory into the small boat he turned tothe Mexican and spoke rapidly in Spanish. Gregory could catch only thesubstance of a few sentences. Lang was telling Joe to stand by for aquick get-away. To watch the beach and start the anchor when he saw themcoming. And above all he was to keep quiet.

The bow of the dory grated on the beach. The two men stepped out andwithout a backward glance slowly disappeared into the fog.

Huddled in the bow, Mexican Joe waited by the anchor-chain, his eyessearching the little cove. For a long time he sat thus, not even daringto light a cigarette. Once his straining ears caught the muffled exhaustof a motor-launch. It came very close but the fog guarded him well andhe heard it pass on. What the two men were doing upon the islandconcerned Mexican Joe not at all. The devil-isle was filled withsecrets. Why should he try to fathom them? He was paid to obey and SenorLang had twice saved his life.

A sound from the shore caused Joe to struggle to his feet and beginhauling on the chain. Then he looked again, stopped and straightened up.

There were three men coming along the beach, four,--five.

Joe dropped behind the rail and watched them climb over the rocks andhalt by the empty dory. Then he heard the sound of low voices in aforeign tongue, and shivered. The voices of the men on the beach grewfainter. They were minutely examining the dory. One lifted his arm andpointed seaward in the direction of the _Sea Gull_.

The Mexican crept to his sawed-off shotgun loaded with buck-shot.Securing the weapon he made his way again to the bow and waited. Therock-bound cove was silent. The dory was still on the beach. But the menwere gone.

At length came the rattle of loose stones mingled with the sound oflow-pitched voices. _Gracious a Dios_. It was Senor Lang and SenorGregory. Joe's hand leaped to the anchor-chain. There would be need tohurry. He tugged hard at the heavy cable, then he stopped, straightenedand screamed a warning.

Gregory and Lang whirled about only a few feet from the dory. From theshadowed crevices in the rocks, men leaped forward and hurled themselvesto the beach. About the skiff bright jets of flame cut the fog. Came thesharp report of an automatic, twice,--three times.

Mexican Joe watched the unequal struggle, huddled against the rail. Hiseyes brightened with fear. Twice he raised his gun, but his hand shook.At the distance the shot would scatter. There would be no use. He sawthe two men fight their way to the dory. Saw Lang reach it, shove itinto the water. The Senor was safe. _Gracious a Dios_. But no, he wasgoing back for Senor Gregory. _Sangre de Christo_, they would all bekilled.

Joe waited for the veil to lift, staring with straining eyes, cursingsoftly. _Los Senores_ were being murdered before his eyes and he coulddo nothing. Through a rift in the fog he saw Gregory with his back tothe cliff fighting back the savage horde which were pressing hard uponhim. He was using his rifle as a club. The men were falling away fromhim. Lang had cleared the way to the skiff; was almost at hiscompanion's side.

From the overhanging ledge above, two dark figures leaped suddenly uponthe man beneath, wrenching his gun from his hand, crushing him to thesand. Lang fell upon the group of struggling figures, fighting like amadman. Then he staggered, dropped to his knees and went down before theonslaught.

Again the gray pall drifted down from the tall crags above and blottedout the scene.

Joe staggered to his feet, grasping the wire-stays for support. Then hestiffened and stood listening. The muffled purr of a high-powered motordisturbed the silence. From out the gloom to starboard he saw the bow ofa big motor-boat cut the fog. The Mexican shrieked a warning andtightened his clutch on the stays.

The strange craft veered, the sharp bow swung over. With wide-openengines, she struck the _Sea Gull_ amidships, full on the beam. Hurledto the deck by the impact the Mexican heard the snapping and grinding oftimbers. He was conscious of falling and the cool rush of waters abouthis head. Then he remembered no more.

Wrapped in a clinging mantle of filmy fog, rock-bound, grim andmysterious, the Island of El Diablo frowned at the sea from behind theveil of silence. Brave men had sought to fathom her secret but she hadguarded it well.

El Diablo by Brayton Norton / Actions & Adventure have rating 4.5 out of 5 / Based on18 votes