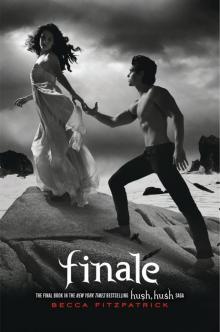 SCOTT DIDN’T BELIEVE IN GHOSTS. DEAD MEN stayed in the grave. But the tunnels crisscrossing under Delphic Amusement Park, echoing with rustling, whispered sounds, made him rethink. He didn’t like that his mind traveled to Harrison Grey. He didn’t want to be reminded of his role in a man’s murder. Moisture dripped from the low ceiling. Scott thought of blood. The fire from his torch cast skittish shadows on walls that smelled of cold, fresh earth. He thought of graves.

An icy current tickled the back of his neck. Over his shoulder, he gave the darkness a long, distrustful look.

Nobody knew he’d sworn an oath to Harrison Grey to protect Nora. Since he couldn’t say, “Hey, man, sorry for getting you killed,” in person, he’d defaulted to vowing to watch over Harrison’s daughter. When it came to decent apologies, it didn’t make the cut, not really, but it was the best he could think of. Scott wasn’t even sure an oath to a dead man held any weight.

But the hollow sounds behind him made him think it did.

Scott could just make out the dark outline of Dante’s shoulders ahead. “How much longer?”

“Stiff. ” Scott jogged to catch up. “What happens at the meeting? I’ve never done this before,” he added, hoping he didn’t sound as stupid as he felt.

“So the Nephilim have accepted that the Black Hand is dead?” Scott didn’t fully believe it himself. The Black Hand was supposed to be immortal. All Nephilim were. So who’d found a way to kill him?

Scott didn’t like the answer he kept going back to. If Nora had done this— If Patch had helped her—

It didn’t matter how carefully they’d covered their tracks. They’d miss something. Everyone always did. It was only a matter of time.

If Nora had murdered the Black Hand, she was in danger.

Scott had seen it too. Earlier. The enchanted ring had sizzled like it had blue fire trapped under the crown. Even now it glowe mid a cold, dying blue. According to Dante, the Black Hand had prophesied it would be the sign of his death.

“Have they found a body?”

“And they’re cool with Nora leading them?” Scott pressed. “She’s nothing like the Black Hand. ”

“She swore a blood oath to him last night. It kicked in the moment he died. She’s their leader, even if they don’t like it. They can replace her, but they’ll test her out first and try to figure out why Hank chose her. ”

Scott didn’t like the sound of that. “And if they replace her?”

Dante flashed a dark gaze over his shoulder. “She dies. Terms of the oath. ”

“We’re not going to let that happen. ”

“So everything’s cool. ” Scott needed confirmation that Nora was safe.

“As long as she plays along. ”

Scott recalled Nora’s argument from earlier in the day. I’ll meet the Nephilim. And I’ll make my position clear: Hank may have started this war, but I’m finishing it. And this war is ending in ceasefire. I don’t care if that’s not what they want to hear. He squeezed the bridge of his nose—he had a lot of work to do.

He trudged forward, keeping his eyes out for puddles. They rippled like oily kaleidoscopes, and the last one he’d accidentally stepped in had soaked him up to the ankle. “I told Patch I wouldn’t let her out of my sight. ”

Dante grunted. “Scared of him, too?”

“No. ” But he was. Dante would be too, if he knew Patch at all. “Why couldn’t she come with us to the meeting?” The decision to separate from Nora made him uneasy. He cursed himself for not arguing against it earlier.

“I don’t know why we do half the things we do. We’re soldiers. We take orders. ”

Scott remembered Patch’s parting words to him. She’s on your watch. Don’t screw up. The threat dug under his skin. Patch thought he was the only one who cared about Nora, but he wasn’t. Nora was the closest thing to a sister Scott had. She’d stood by him when no one else would, and had talked him down off the ledge. Literally.

They had a bond, and not that kind of bond. He cared about Nora more than any girl he’d ever known. She was his responsibility. If it mattered, he’d vowed as much to her dead father.

He and Dante pressed deeper into the tunnels, the walls tightening around their shoulders. Scott turned sideways to squeeze into the next passageway. Clumps of earth broke loose from the walls, and he held his breath, half expecting the ceiling to crumble in one great heave and bury them.

At last Dante tugged on a ring pull, and a door materialized out of the wall.

Scott stepped off the hatch door concealed in the stonework and yanked on the handle. Heated voices carried up through the opening. Bypassing the ladder, he dropped through the hole, landing ten feet below.

He assessed the cramped, cavelike room in an instant. Nephilim men and women wearing hooded black robes formed a tight circle around two figures he couldn’t see clearly. A fire roared off to the side. A branding iron plunged into the coals glowed orange with heat.

“Answer me,” a wiry old voice at the center of the circle snapped. “What is the state of your relationship with the fallen angel they call Patch? Are you prepared to lead the Nephilim? We need to know we have your full allegiance. ”

“I don’t have to answer,” Nora, the other figure, fired back. “My personal life isn’t your business. ”

Scott stepped up to the circle, improving his view.

“You don’t have a personal life,” the old, white-haired woman with the wiry voice hissed, jabbing a frail finger at Nora, her sagging jowls trembling with rage. “Your sole purpose now is to lead your people to freedom from fallen angels. You’re the Black Hand’s heir, and while I don’t desire to go against his wishes, I will vote you out if I must. ”

Nora, he called to her in mind-speak. What are you doing? The blood oath. You have to stay in power. Say whatever you have to. Just calm them down.

Nora glared around with blind hostility until her eyes found his. Scott?

He nodded encouragingly. I’m here. Don’t freak them out. Keep them happy. And then I’ll get you out of here.

She swallowed, visibly trying to collect herself, but her cheeks still burned with outraged color. “Last night the Black Hand died. Since then I’ve been named his heir, thrust into leadership, whisked away from one meeting to the next, forced to greet people I don’t know, ordered to wear this suffocating robe, interrogated on a myriad of personal subjects, poked and prodded, sized up and judged, and all this without a moment to catch my breath. So excuse me if I’m still reeling. ”

The old woman’s lips pinched into a thinner line, but she didn’t argue back.

“I’m the Black Hand’s heir. He chose me. Don’t forget,” Nora said, and while Scott couldn’t tell if she spoke with conviction or derision, the effect was silencing.

“Answer me one thing,” the old woman said shrewdly after a heavy pause. “What has become of Patch?”

Before Nora could respond, Dante stepped forward. “She’s not with Patch anymore. ”

Nora and Scott looked sharply at each other, then at Dante. What was that? Nora demanded of Dante in mind-speak, including Scott in the three-w
ay conversation.

If they don’t let you lead right now, you’ll drop dead from the blood oath, Dante answered. Let me wal Lehandle this.

Got a better idea?

“Nora wants to lead the Nephilim,” Dante spoke up. “She’ll do whatever it takes. Finishing her father’s work means everything to her. Give her a day to grieve, and then she’ll dive in, fully committed. I’ll train her. She can do this. Give her a chance. ”

“You’ll train her?” the old woman asked Dante with a piercing gaze.

The elderly woman pondered a long moment. “Brand her with the Black Hand’s mark,” she commanded at last.

The wild, terrified look in Nora’s eyes nearly made Scott double over and vomit.

The nightmares. They shot out of nowhere, dancing in his head. Faster. Dizzy. Then came the voice. The Black Hand’s voice. Scott flattened his hands to his ears, wincing. The maniacal voice cackled and hissed until the words all ran together to sound like a kicked hive of bees. The Black Hand’s mark, seared into his chest, throbbed. Fresh pain. He couldn’t differentiate between yesterday and now.

His throat choked out a command. “Stop. ”

The room seemed to halt. Bodies shifted, and suddenly Scott felt crushed by their hostile stares.

He blinked, hard. He couldn’t think. He had to save her. No one had been around to stop the Black Hand from branding him. Scott wouldn’t let the same thing happen to Nora.

The old woman walked over to Scott, her heels clicking on the floor in a slow, deliberate cadence. Deep grooves cut her skin. Watery green eyes peered out from sunken sockets. “You don’t think she should show allegiance by example?” A faint, challenging smile curved her lips.

Scott’s heart hammered. “Make her show it through action. ” The words just came out.

The woman tilted her head to one side. “What do you mean?”

At the same time, Nora’s voice slipped into his head. Scott? she said nervously.

He prayed he wasn’t making things worse. He licked his lips. “If the Black Hand had wanted her branded, he would have done it himself. He trusted her enough to give her this job. That’s good enough for me. We can spend the rest of the day testing her, or we can get this war started already. Not one hundred feet over our heads lives a city of fallen angels. Bring one down here. I’ll do it myself. Brand him. If you want fallen angels to know we’re serious about war, let’s send them a message. ” He could hear his own ragged breathing.

A slow smile warmed the old woman’s face. “Oh, I like that. Very much. And who are you, dear boy?”

“Scott Parnell. ” He edged down the collar of his T-shirt. His thumb brushed the warped skin that formed his brand—a clenched fist. “Long live the Black Hand’s vision. ” The words tasted like bile in his mouth.

Placing her spindly fingers on Scott’s shoulders, the woman leaned in and ontaned inkissed each of his cheeks in turn. Her skin was damp and cold as snow. “And I am Lisa Martin. I knew the Black Hand well. Long live his spirit, in all of us. Bring me a fallen angel, young man, and let us send a message to our enemy. ”

It was over soon.

Scott had helped chain down the fallen angel, a skinny kid named Baruch who looked about fifteen in human years. Scott’s greatest fear had been that they would expect Nora to brand the fallen angel, but Lisa Martin had swept her into a private antechamber.