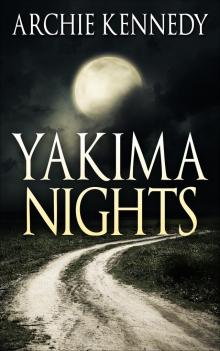 Dedicated to the Men and Women of the U.S. Military

While standing in the motor pool, Andre Stillwell was in a daze. Andre, a Specialist in the US Army, had a thought. What if she was the one for me? His mind was on Taylor or 2nd Lt Cole, his platoon leader. Sitting there thinking about her was a scary thought. Scary, because she was his boss, younger, more mature and very relaxed. Taylor Cole was a fresh faced 2nd LT who was just assigned to his section. Andre didn’t think too much about it at first. She was just another person to him, nothing special or surprising. Andre started to remember when he met her, during summer training. Taylor was forced to jump into training immediately after coming to base. She had just finish OCS a few months earlier and was excited about coming into the army. When she came to the FTX she met Andre first, probably because everyone else was too afraid of saying two words to her. Around this time, the military had a sexual assault problem. In if you was a male looking or talking to a female soldier the wrong way, it meant the end of your career and possibly your freedom. He did not care though, because he had a lot of female friends. She would stand by herself away from everyone else. For the first two mornings, she was alone until Andre spoke to her. It seem like he had to break the ice first as she was so shy and overly protected by the command group. She was having a hard time putting her tent together and Andre decided to speak to her “Good day, Ma’am need help with that”. Taylor looking stunned that somebody was actually talking to her replied “Yeah, I don’t know what I’m doing”. The next day she woke up, Andre was outside taking in the scenery. Taylor decided to get some coffee for the both of them. Taylor approached him with the coffee before he could say anything to her. “Here, I got you some coffee”. Andre looked around with a smile on his face “Is this a set up”. They both laugh and talk while enjoying their coffee that morning. They would talk for hours before anyone else awoke. After that they were thick as thieves, and every morning for that week they woke up to each other. After the field problem they talk, but mostly about work and nothing personal. Now, Andre is starting to realize that he has feelings for her. He knows that it will be almost impossible to find out if the feeling is mutual.

While at the motor pool he is stopped by his BC (Battery Commander) Capt. Shawn Meads. They never got along; as Andre sees it he does not care for or like him. With a stern voice he asks about his work relationship with Taylor, and how she is doing in the section. Before he can say a word Meads turns away to talk to Mason, a high-speed specialist who Meads has taking a likening too. Mason was also a Specialist and the kind of soldier Meads wanted. Mason was good at PT, smart and always took his order to the heart. Most stayed away from him, because he was a definition of a blue falcon. Andre and Mason never talked but he never spoke about anything around Mason, fearful that he would make up or tell Capt. Meads about his daily life. Andre’s daily life did not consist of any wrong doing; he was just a private person. While they had their side conversation, Andre hears Taylor calling him from the other side of the motor pool. She wants him to come back to the office with her to type up some plans for a future training event. They decide to take one car and while riding Taylor started to tell her back story. While Andre is listening he starts to notice small things about her. Her shitty car that needs an overdue cash wash and cleaning inside, but he likes it. It shows him that she is human and down to earth. Andre can’t help but to notice a faded neck tattoo and he ask her about it. Taylor says that its nothing and she is getting it removed soon. Now, he is intrigue but she will not budge from her previous response. Although Andre tries, Taylor changes the subject back to work.

Arriving at the battery, Andre helps her with her bags. He noticed that Taylor carries a lot of stuff and assume she is some kind of neat freak. While they set up their equipment, another LT walks in the room. Almost like he was spying on them, he sits down and looks at Andre. Before, Andre could say anything the LT asks Andre a question. “Stillwell, I heard you were driving in rank in Afghanistan.” Hey, Cole watch out for him”. There were rumors about Andre and girls from his last deployment. The stare that Taylor gives Andre was one of shock. Andre pretty much knew he could no longer expect to tell her how he felt. After the room was cleared Taylor ask him were the rumors true. Andre reluctantly too bring it up just gave a quick “No”. Before he could say anything else Taylor said “if they are that’s pretty bad ass”. While he chuckles with his head down, he sees Taylor looking at him. He thinks to himself this is it, but once he looks around he finds that Capt. Meads is standing there looking at the situation unfold.

Meads calls Andre in his office, and starts to explain the UCMJ laws covering Fraternization. Andre stands there lost in his thoughts thinking about Taylor and also why his BC is “giving him shit” about something that he does not evening know is real yet. Taylor walks past him in the hall way in ask what happen, “What did he want”? Andre playfully shrugs his shoulders, and walks away with Taylor to go back to work. When he goes into her office to get his patrol cap he finds a text on her phone from Meads. The text says “Are you kidding me, him of all people”. It surprised him because now he knows why Meads is always watching and lurking. While driving back he ask Taylor smoothly about her and BC, which she has no problem explaining. Meads and Taylor dated before her arrival here and that’s pretty much it. He didn’t tell her about the text or his conversation he had with Meads. A couple hours went past in it was finally time to get off work. Andre notice Taylor was nowhere in sight. While walking towards his car Andre spotted B.C. Meads was walking to the Shoppette but he was going behind the building. Andre loosely followed Meads and once he saw him stop he took cover like a ninja. He saw Meads with a girl who works in Battalions S1 shop. Andre was shock but not surprised, this was not the first time this has happen. However, when he turns around he saw Taylor stand directly behind him. Andre screams like a Simpson’s character before Taylor covered his mouth. Meads look back to once he heard the noise but by that time Taylor and Andre had run away. Andre was freaked out by the situation but Taylor was fine, she just kept laughing until Andre asks “Why were you following me”? Taylor had seen him sneak away prancing like a ninja so she couldn’t resist following him. Her laughter was trigger by the fact Meads was sneaking around with enlisted females again. As Taylor explains it, “he can’t get with commission females because they know he is full of shit”. While they were talking he notice that she was still holding his hands and he looked at her with a faint smile in said “Are you going to let go”? She abruptly stops laughing but didn’t let go and said “Why”? Before he can conjure up a response, Taylor kisses him. No sparks, no fireworks it was just a simple kiss and a long stare. Andre drain of all thought by this time, didn’t know what to say. Taylor looked at him and said “so this weekend I was thinking we could hang out”. He finally came back to earth, while staring at her he said with a smile on his face “didn’t we just do that backwards”. Taylor chuckle and they finally let each other’s hands go. Andre finally making it to his car thought to himself “how can I make this work”. He was happy, but now concerned .Andre finally makes it home. Once the door open he was greeted by a smiling Anne, his wife. She looks at him with a twisted but playfully look in ask “What happen at work? You’re never this happy”. Andre just replies with a frank statement, but now realized that this will not be easy. On the other hand Taylor is driving home and sees Tony Stuck, her b
oyfriend in the drive way. Both Annie and Tony are oblivious. As Taylor talks to Tony she thinks about Andre evening slipping up by almost calling Tony, Andre. Although, she catches herself Taylor thinks about the long term. However, she is still blinded by the fact that she and Andre are now entwine in something they both wanted. They know that things will be complicated for here out. Only thing is, how much complication can they handle.

Taylor, who was sitting up 11 o clock at night, started to have a flashback. Taylor starts thinking about her life before the army. She lived in an area of Massachusetts that was warm but leaves of autumn were abundance. She loves her home and this is where she met Tony Stuck, her current boyfriend. Tony was Taylor’s best friend for many years. Tony knew everything about Taylor and vice versa. Moreover, both were outcast in high school and college, never living up to the popular standards. Growing up like this never affected them because at the end they had each other. As time passed, both of them started to develop feelings for each other. It was not love at first sight heaven