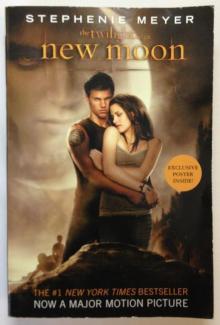 The Twilight Saga 2: New Moon by Stephenie Meyer / Young Adult / Fantasy have rating 4 out of 5 / Based on48 votes