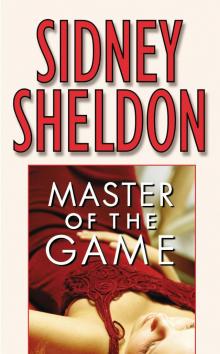 The large ballroom was crowded with familiar ghosts come to help celebrate her birthday. Kate Blackwell watched them mingle with the flesh-and-blood people, and in her mind, the scene was a dreamlike fantasy as the visitors from another time and place glided around the dance floor with the unsuspecting guests in black tie and long, shimmering evening gowns. There were one hundred people at the party at Cedar Hill House, in Dark Harbor, Maine. Not counting the ghosts, Kate Blackwell thought wryly.

She was a slim, petite woman, with a regal bearing that made her appear taller than she was. She had a face that one remembered. A proud bone structure, dawn-gray eyes and a stubborn chin, a blending of her Scottish and Dutch ancestors. She had fine, white hair that once had been a luxuriant black cascade, and against the graceful folds of her ivory velvet dress, her skin had the soft translucence old age sometimes brings.

I don't feel ninety, Kate Blackwell thought. Where have all the years gone? She watched the dancing ghosts. They know. They were there. They were a part of those years, a part of my life. She saw Banda, his proud black face beaming. And there was her David, dear David, looking tall and young and handsome, the way he looked when she first fell in love with him, and he was smiling at her, and she thought, Soon, my darling, soon. And she wished David could have lived to know his great-grandson.

Kate's eyes searched the large room until she saw him. He was standing near the orchestra, watching the musicians. He was a strikingly handsome boy, almost eight years old, fair-haired, dressed in a black velvet jacket and tartan trousers. Robert was a replica of his great-great-grandfather, Jamie McGregor, the man in the painting above the marble fireplace. As though sensing her eyes on him, Robert turned, and Kate beckoned him to her with a wave of her fingers, the perfect twenty-carat diamond her father had scooped up on a sandy beach almost a hundred years ago scintillating in the radiance of the crystal chandelier. Kate watched with pleasure as Robert threaded his way through the dancers.

I am the past, Kate thought. He is the future. My great-grandson will take over Kruger-Brent Limited one day. He reached her side, and she made room for him on the seat beside her.

"Are you having a nice birthday, Gran?"

Kate looked at him in momentary confusion, then her brow cleared. "Ah. I presume that means he's good. "

Robert grinned at her. "Right. You sure don't seem ninety. "

Kate Blackwell laughed. "Just between the two of us, I don't feel it. "

He slipped his hand in hers, and they sat there in a contented silence, the eighty-two-year difference between them giving them a comfortable affinity. Kate turned to watch her granddaughter dancing. She and her husband were without doubt the handsomest couple on the floor.

Robert's mother saw her son and grandmother seated together and she thought, What an incredible woman. She's ageless. No one would ever guess all she has lived through.

The music stopped, and the conductor said, "Ladies and gentlemen, it's my pleasure to present young Master Robert. "

Robert squeezed his great-grandmother's hand, stood up and walked over to the piano. He sat down, his face serious and intent, and then his fingers began to race across the keyboard. He played Scriabin, and it was like the rippling of moonlight on water.

His mother listened and thought, He's a genius. He'll grow up to be a great musician. He was no longer her baby. He was going to belong to the world. When Robert finished, the applause was enthusiastic and genuine.

Earlier, dinner had been served outdoors. The large and formal garden had been festively decorated with lanterns and ribbons and balloons. Musicians played from the terrace while butlers and maids hovered over tables, silent and efficient, making sure the Baccarat glasses and Limoges dishes were kept filled. A telegram was read from the President of the United States. A Supreme Court justice toasted Kate.

The governor eulogized her. ". . . One of the most remarkable women in the history of this nation. Kate Blackwell's endowments to hundreds of charitable causes around the world are legendary. The Blackwell Foundation has contributed to the health and well-being of people in more than fifty countries. To paraphrase the late Sir Winston Churchill, 'Never have so many owed so much to one person. ' I have had the privilege of knowing Kate Blackwell. . . "

Bloody hell! Kate thought. No one knows me. He sounds like he's talking about some saint. What would all these people say if they knew the real Kate Blackwell? Sired by a thief and kidnapped before I was a year old. What would they think if I showed them the bullet scars on my body?

She turned her head and looked at the man who had once tried to kill her. Kate's eyes moved past him to linger on a figure in the shadows, wearing a veil to conceal her face. Over a distant clap of thunder, Kate heard the governor finish his speech and introduce her. She rose to her feet and looked out at the assembled guests. When she spoke, her voice was firm and strong. "I've lived longer than any of you. As youngsters today would say, That's no big deal. ' But I'm glad I made it to this age, because otherwise I wouldn't be here with all you dear friends. I know some of you have traveled from distant countries to be with me tonight, and you must be tired from your journey. It wouldn't be fair for me to expect everyone to have my energy. " There was a roar of laughter, and they applauded her.

"Thank you for making this such a memorable evening. I shall never forget it. For those of you who wish to retire, your rooms are ready. For the others, there will be dancing in the ballroom. " There was another clap of thunder. "I suggest we all move indoors before we get caught in one of our famous Maine storms. "

Now the dinner and dancing were over, the guests had retired and Kate was alone with her ghosts. She sat in the library, drifting back into the past, and she suddenly felt depressed. There's no one left to call me Kate, she thought. They've all gone. Her world had shrunk. Wasn't it Longfellow who said, "The leaves of memory make a mournful rustle in the dark"? She would be entering the dark soon, but not yet. I still have to do the most important thing of my life, Kate thought. Be patient, David I'll be with you soon.

Kate opened her eyes. The family had come into the room. She looked at them, one by one, her eyes a pitiless camera, missing nothing. My family, Kate thought. My immortality. A murderer, a grotesque and a psychotic. The Blackwell skeletons. Was this what all the years of hope and pain and suffering had finally come to?

Her granddaughter stood beside her. "Are you all right, Gran?"

"I'm a little tired, children. I think I'll go to bed. " She rose to her feet and started toward the stairs, and at that moment there was a violent roar of thunder and the storm broke, the rain rattling against the windows like machine-gun fire. Her family watched as the old woman reached the top of the stairway, a proud, erect figure. There was a blaze of lightning and seconds later a loud clap of thunder. Kate Blackwell turned to look down at them, and when she spoke, it was with the accent of her ancestors. "In South Africa, we used to call this a donderstorm. "

The past and present began to merge once again, and she walked down the hallway to her bedroom, surrounded by the familiar, comfortable ghosts.

Master of the Game by Sidney Sheldon / Mystery & Detective / Thrillers & Crime have rating 5.1 out of 5 / Based on97 votes