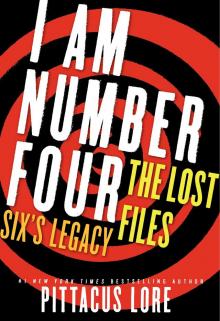 Katarina says there is more than one way to hide.

Before we came down here to Mexico, we lived in a suburb of Denver. My name then was Sheila, a name I hate even more than my current name, Kelly. We lived there for two years, and I wore barrettes in my hair and pink rubber bracelets on my wrists, like all the other girls at my school. I had sleepovers with some of them, the girls I called “my friends. ” I went to school during the school year, and in the summer I went to a swimmers’ camp at the YMCA. I liked my friends and the life we had there okay, but I had already been moved around by my Cêpan Katarina enough to know that it wasn’t going to be permanent. I knew it wasn’t my real life.

My real life took place in our basement, where Katarina and I did combat training. By day, it was an ordinary suburban rec room, with a big comfy couch and a TV in one corner and a Ping-Pong table in the other. By night, it was a well-stocked combat training gym, with hanging bags, floor mats, weapons, and even a makeshift pommel horse.

In public, Katarina played the part of my mother, claiming that her “husband” and my “father” had been killed in a car accident when I was an infant. Our names, our lives, our stories were all fictions, identities for me and Katarina to hide behind. But those identities allowed us to live out in the open. Acting normal.

Blending in: that was one way of hiding.

But we slipped up. To this day I can remember our conversation as we drove away from Denver, headed to Mexico for no other reason than we’d never been there, both of us trying to figure out how exactly we’d blown our cover. Something I said to my friend Eliza had contradicted something Katarina had said to Eliza’s mother. Before Denver we’d lived in Nova Scotia for a cold, cold winter, but as I remembered it, our story, the lie we’d agreed to tell, was that we’d lived in Boston before Denver. Katarina remembered differently, and claimed Tallahassee as our previous home. Then Eliza told her mother and that’s when people started to get suspicious.

It was hardly a calamitous exposure. We had no immediate reason to believe our slip would raise the kind of suspicion that could attract the Mogadorians to our location. But our life had gone sour there, and Katarina figured we’d been there long enough as it was.

So we moved yet again.

The sun is bright and hard in Puerto Blanco, the air impossibly dry. Katarina and I make no attempt to blend in with the other residents, Mexican farmers and their children. Our only regular contact with the locals is our once-a-week trip into town to buy essentials at the small store. We are the only whites for many miles, and though we both speak good Spanish, there’s no confusing us for natives of the place. To our neighbors, we are the gringas, strange white recluses.

“Sometimes you can hide just as effectively by sticking out,” Katarina says.

She appears to be right. We have been here almost a year and we haven’t been bothered once. We lead a lonely but ordered life in a sprawling, single-level shack tucked between two big patches of farmland. We wake up with the sun, and before eating or showering Katarina has me run drills in the backyard: running up and down a small hill, doing calisthenics, and practicing tai chi. We take advantage of the two relatively cool hours of morning.

Morning drills are followed by a light breakfast, then three hours of studies: languages, world history, and whatever other subjects Katarina can dig up from the internet. She says her teaching method and subject matter are “eclectic. ” I don’t know what that word means, but I’m just grateful for the variety. Katarina is a quiet, thoughtful woman, and though she’s the closest thing I have to a mother, she’s very different from me.

Studies are probably the highlight of her day. I prefer drills.

After studies it’s back out into the blazing sun, where the heat makes me dizzy enough that I can almost hallucinate my imagined enemies. I do battle with straw men: shooting them with arrows, stabbing them with knives, or simply pummeling them with my bare fists. But half-blind from the sun, I see them as Mogadorians, and I relish the chance to tear them to pieces. Katarina says even though I am only thirteen years old, I’m so agile and so strong I could easily take down even a well-trained adult.

One of the nice things about living in Puerto Blanco is that I don’t have to hide my skills. Back in Denver, whether swimming at the Y or just playing on the street, I always had to hold back, to keep myself from revealing the superior speed and strength that Katarina’s training regimen has resulted in. We keep to ourselves out here, away from the eyes of others, so I don’t have to hide.

Today is Sunday, so our afternoon drills are short, only an hour. I am shadowboxing with Katarina in the backyard, and I can feel her eagerness to quit: her moves are halfhearted, she’s squinting against the sun, and she looks tired. I love training and could go all day, but out of deference to her I suggest we call it a day.

“Oh, I suppose we could finish early,” she says. I grin privately, allowing her to think I’m the tired one. We go inside and Katarina pours us two tall glasses of agua fresca, our customary Sunday treat. The fan is blowing full force in our humble shack’s living room. Katarina boots up her various computers while I kick off my dirty, sweat-filled fighting boots and collapse to the floor. I stretch my arms to keep them from knotting up, then swing them to the bookshelf in the corner and pull out a tall stack of the board games we keep there. Risk, Stratego, Othello. Katarina has tried to interest me in games like Life and Monopoly, saying it wouldn’t hurt to be “well-rounded. ” But those games never held my interest. Katarina got the hint, and now we only play combat and strategy games.

Risk is my favorite, and since we finished early today I think Katarina will agree to playing it even though it’s a longer game than the others.

Katarina is at her desk chair, pivoting from one screen to the next.

“Risk of what?” she asks absently.

I laugh, then shake the box near her head. She doesn’t look up from the screens, but the sound of all those pieces rattling around inside the box is enough for her to get it.

I set up the board. Without asking, I divvy up the armies into hers and mine, and begin placing them all across the game’s map. We’ve played this game so much I don’t need to ask her which countries she’d like to claim, or which territories she’d like to fortify. She always chooses the U. S. and Asia. I happily place her pieces on those territories, knowing that from my more easily defended territories I will quickly grow armies strong enough to crush hers.

I’m so absorbed in setting up the game I don’t even notice Katarina’s silence, her absorption. It is only when I crack my neck loudly and she neglects to scold me for it—“Please don’t,” she usually says, squeamish about the sound it makes—that I look up and see her, staring openmouthed at one of her monitors.

I get up from the floor, stepping across the game board to join her at her desk. It is only then that I see what has so completely captured her attention. A breaking news item about some kind of explosion on a bus in England.

Katarina is always checking the internet and the news for mysterious deaths. Deaths that could be the work of the Mogadorians. Deaths that could mean the second member of the Garde has been defeated. She’s been doing it since we came to Earth, and I’ve grown frustrated with the doom-and-gloom of it.

Besides, it’s not like it did us any good the first time.

I was nine years old, living in Nova Scotia with Katarina. Our training room there was in the attic. Katarina had retired from training for the day, but I still had energy to burn, and was doing moo
res and spindles on the pommel horse alone when I suddenly felt a blast of scorching pain on my ankle. I lost my balance and came crashing down to the mat, clutching my ankle and screaming in pain.

My first scar. It meant that the Mogadorians had killed Number One, the first of the Garde. And for all of Katarina’s web scouring, it had caught us both completely unaware.

We waited on pins and needles for weeks after, expecting a second death and a second scar to follow in short order. But it didn’t come. I think Katarina is still coiled, anxious, ready to spring. But three years have passed—almost a quarter of my whole life—and it’s just not something I think about much.

I step between her and the monitor. “It’s Sunday. Game time. ”

“Please, Kelly. ” She says my most recent alias with a certain stiffness. I know I will always be Six to her. In my heart, too. These aliases I use are just shells, they’re not who I really am. I’m sure back on Lorien I had a name, a real name, not just a number. But that’s so far back, and I’ve had so many names since then, that I can’t remember what it was.

Six is my true name. Six is who I am.

Katarina bats me aside, eager to read more details.

We’ve lost so many game days to news alerts like this. And they never turn out to be anything. They’re just ordinary tragedies.

Earth, I’ve come to discover, has no shortage of tragedies.

“Nope. It’s just a bus crash. We’re playing a game. ” I pull at her arms, eager for her to relax. She looks so tired and worried, I know she could use the break.

She holds firm. “It’s a bus explosion. And apparently,” she says, pulling away to read from the screen, “the conflict is ongoing. ”

She shakes her head, giving one of her frazzled laughs. “Okay,” she says. “Fine. ”

Katarina pulls herself away from the monitors, sitting on the floor by the game. It takes all my strength not to lick my chops at her upcoming defeat: I always win at Risk.

I get down beside her, on my knees.

“You’re right, Kelly,” she says, allowing herself to grin. “I needn’t panic over every little thing—”

One of the monitors on Katarina’s desk lets out a sudden ding! One of her alerts. Her computers are programmed to scan for unusual news reports, blog posts, even notable shifts in global weather—all sifting for possible news of the Garde.

But Katarina is already off the floor and back at the desk, scrolling and clicking from link to link once again.

Suddenly Katarina is silent, stopped cold by something she’s found.

I get up off the floor and step over the board, making my way to the monitor.

I look at the screen.

It is not, as I’d imagined, a news report from England. It is a simple, anonymous blog post. Just a few haunting, tantalizing words:

“Nine, now eight. Are the rest of you out there?”

There is a cry in the wilderness, from a member of the Garde. Some girl or boy, the same age as me, looking for us. In an instant I’ve seized the keyboard from Katarina and I hammer out a response in the comments section. “We are here. ”