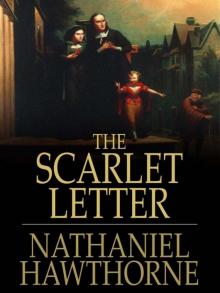 Produced by Markus Brenner, Irma Spehar and the OnlineDistributed Proofreading Team at https://www.pgdp.net (Thisfile was produced from images generously made availableby The Internet Archive/American Libraries.)

PREFACE TO THE SECOND EDITION.

Much to the author's surprise, and (if he may say so withoutadditional offence) considerably to his amusement, he finds that hissketch of official life, introductory to THE SCARLET LETTER, hascreated an unprecedented excitement in the respectable communityimmediately around him. It could hardly have been more violent,indeed, had he burned down the Custom-House, and quenched its lastsmoking ember in the blood of a certain venerable personage, againstwhom he is supposed to cherish a peculiar malevolence. As the publicdisapprobation would weigh very heavily on him, were he conscious ofdeserving it, the author begs leave to say, that he has carefully readover the introductory pages, with a purpose to alter or expungewhatever might be found amiss, and to make the best reparation in hispower for the atrocities of which he has been adjudged guilty. But itappears to him, that the only remarkable features of the sketch areits frank and genuine good-humor, and the general accuracy with whichhe has conveyed his sincere impressions of the characters thereindescribed. As to enmity, or ill-feeling of any kind, personal orpolitical, he utterly disclaims such motives. The sketch might,perhaps, have been wholly omitted, without loss to the public, ordetriment to the book; but, having undertaken to write it, heconceives that it could not have been done in a better or a kindlierspirit, nor, so far as his abilities availed, with a livelier effectof truth.

The author is constrained, therefore, to republish his introductorysketch without the change of a word.

VIII. THE ELF-CHILD AND THE MINISTER 129

XIII. ANOTHER VIEW OF HESTER 193

XIV. HESTER AND THE PHYSICIAN 204

XVII. THE PASTOR AND HIS PARISHIONER 231

XVIII. A FLOOD OF SUNSHINE 245

XXIII. THE REVELATION OF THE SCARLET LETTER 302