Home » Lorelei James » Cowgirl Up and Ride
←Home
Cowgirl up and ride, p.1

Cowgirl Up and Ride, p.1 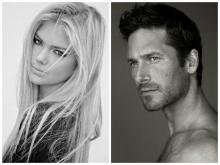 It didn’t matter he was thirteen years her senior. Or he’d once dated her older sister.

Or his little sister was her best friend. She fell for him hard the day she’d fallen off her horse.

That hot, dusty afternoon teased the edges of her memory. She’d been clip-clopping along on the gravel road connecting the Foster and McKay ranches when a rattler spooked her pony and bucked her off. She’d twisted her ankle on the unexpected dismount, unable to scramble away from either the angry snake or the truck barreling toward her.

Her life flashed before her eyes.

But the tires on a big Ford dually locked up and the truck skidded to a stop. A young man jumped out, swooped in and picked her up. His work-roughed hands tenderly brushed rocks from her knees and wiped the tears from her dirty face. He carried her to the passenger side of his truck, burned rubber over the snake and drove her home, keeping hold of her hand as she sobbed.

Amy Jo had a devil of a time climbing out of his rig, not because of the injury to her ankle, but mostly because she hadn’t wanted to get out. She remembered sitting in that truck cab, surrounded by the scent of horses, of chewing tobacco, of hay, dust and the underlying tangy aroma of his cologne, and she’d wanted to stay right there with him forever.

With his dark good looks, bold smile and gentle ways, Cord had become her ideal, her dream, her savior, her prince charming in battered cowboy boots and a sweat-stained white Stetson.

No man had ever held a candle to him.

She’d been a whopping five years old at the time.

She’d especially loved Cord then because she’d ached to pick up the pieces of his broken life. To make him whole. To crack the bitter shell he’d erected around his heart.

To show him real, everlasting love was worth waiting for. In her core, her heart, her very soul, Amy Jo knew she was meant to be that one special woman.

Problem was she hadn’t been a woman at the time either; she’d been a shy eighteen-year-old girl.

The other problem was Cord hadn’t seen her beyond the clumsy blonde pig-tailed friend of his little sister. Or as a family acquaintance with a neighboring ranch. Or recently as his son’s babysitter.

That’d been the worst kind of torture. Being in Cord’s house. Hearing Ky rambling from sunup to sundown about his father. Seeing Cord’s unmade bed—one side rumpled, one side pristine. His lone coffee cup in the sink. Catching a whiff of his shaving cream as she lingered in front of the same bathroom mirror he used every day.

Seemed Amy Jo spent her life waiting for her chronological age to catch up with the age of her soul. Waiting for other people to believe she was old enough to know her own mind, even when she’d made it up at the tender age of five.

Now that she was twenty-two, she could stake her claim.

Standing in front of her bedroom mirror, she adjusted her cleavage in the skin-tight shirt the color of ripe apricots. She applied a coat of shiny pink lip-gloss. Finger combed her hair and inhaled a deep breath.

In all the hours she’d fantasized about Cord McKay, he’d never really noticed her.

Cord McKay scowled at his beer. He scowled at everyone in the whole damn bar.

Why had he come here?

Right. No reason to be home, sitting alone, wondering what the hell to do with himself. Couldn’t do chores at night or else he’d be doing that. He’d rattled around the empty house for the last two days at loose ends.

Earlier, when he’d slipped on a Matchbox car and nearly fell on his ass, he’d automatically yelled, “Ky, come down here right now and pick this up…” The silence hit him like a load of hay bales. His son wasn’t there. Ky wouldn’t be around for another forty-two days.

Not that Cord was counting or anything.

The band struck up a cover of George Strait’s “All My Exes Live In Texas” and boots thumped as dancers crowded the tiny wooden dance floor.

Cord upended his beer and tugged his Stetson down his forehead a notch. His ex didn’t live in West Texas, rather on the West Coast. The twangy tune served as a reminder of the disturbing events of the last month.

Ky’s mother, Marla, had called out of the blue, demanding to see their son.

Naturally, Cord flat-out refused. Then Marla turned nasty and threatened to drag Cord to court, throwing around words like “joint custody” and “parental rights”. Words that sent shudders down his spine and ice into his soul.

Kyler McKay was his son. His. Marla had handed over Ky’s care to him the day he’d been born. She’d lasted six months after Ky’s birth before she’d hightailed it back to Seattle for a temporary separation. A tearful Marla returned to Wyoming a year later with her tail tucked between her legs, full of apologies, proclaiming she’d changed, wanting another chance to make things—their marriage and motherhood—work.

No doubt he struggled as a single parent, but luckily his family lived nearby and they helped him out. Consequently, Ky was a happy, bright, well-adjusted, four-year-old boy surrounded by uncles, aunts and grandparents. Ky didn’t need a mother and they sure as shootin’ didn’t need her. Cord had told Marla as much over the phone.

But Marla wouldn’t back down about the visitation rights. Cord took the matter to his attorney. The lawyer’s advice was to let the boy stay with his mother for the seven-week period she’d requested. It surprised Cord when his own mother sided with the lawyer, claiming it would be good for both Ky and Cord.

Seven days ago he and Ky had hopped a plane and flew to Seattle. Cord insisted on being there as a safety net before he passed Ky over to Marla, a mother Ky didn’t remember at all.

Leaving his son in the care of a virtual stranger hundreds of miles from home was the hardest thing Cord had ever done. A million bad scenarios raced through his mind.

He’d almost turned around and flew right back to Seattle after he’d landed in Cheyenne.

Let his brothers and cousins run the massive McKay ranch for a few weeks. God knew, Cord had pulled their weight more than a time or two. They owed him.

Cord’s mother talked him into coming home, giving Ky time to adjust before making a rash decision. Ky seemed fine whenever Cord talked to him on the phone, which had calmed his fears somewhat.

Somewhat. Damn, he missed his kid something fierce.

So, here he was killing time in the local honky-tonk, wondering how he’d get through the next month and a half without going insane. Wondering if the next time he stumbled over one of Ky’s toys whether he’d break down and bawl like a lost calf.

The chair next to Cord’s squeaked as a big body flopped beside him. He tilted his hat up and saw his cousin Kade’s shit-eating grin.

“Don’t worry, I know you ain’t here trollin’ for a piece of ass. ” Kade’s dark eyebrows rose in challenge. “Are you?”

“Good. Misses his horse more than me. ”

“Sounds like a typical McKay response. How’re you doin’?”

“Must mean you’re bored already, huh?” Kade’s gaze swept the bar. “Who you here with?”

“Colt is supposed to show up. ”

“He’ll show up late, if at all. ” Kade snorted. “Last I knew he was hookin’ up with some stripper from Lusk. I swear he’s nailin’ three-quarters of the women in the tri-county area. ”

“Nope. He’s got a hot date. Everyone is gettin’ laid but us, cuz. ” He shot Cord a devious look. “Unless you’re lyin’ to yourself, me, and your mama on why you’re really here?”

“Not hardly. I don’t have time for the bullshit that goes along with the privilege of gettin’ my rocks off once or twice. ”

“Man, that’s harsh. You tellin’ me you wouldn’t make time if someone came along?”

Cord’s beer stopped halfway to his mouth. His attention wandered to a woman swinging her hips on the dance floor.

Oh yeah. He’d make time for her in a fucking heartbeat.

Holy hell. Her legs went on forever. His gaze started at the heels of her high-heeled silver boots, gradually traveling up along the sexy line of those shapely legs, ending at her luscious ass barely hidden beneath an extremely short denim skirt. When her dance partner twirled her, Cord caught a glimpse of bright red bikini panties.

Lust whomped him in the gut.

He’d been so busy checking out her ass he hadn’t seen her face. Her backside faced him—not that he was complaining—and a cheap straw cowboy hat covered her head. Her strong, tanned arms slid around the wide shoulders of the lucky cowboy as she sashayed closer to grind her pelvis against his. The cowboy whooped, clamping his hands on her ass in a dirty dancing move that’d make Patrick Swayze jealous.

It caused a burst of envy in Cord too. Nonchalantly he asked, “Kade, who’s the chick on the dance floor?”