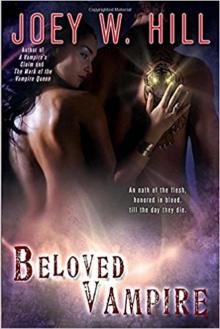 THE Sahara had once been green. Lush, a verdant land support ing civilizations. Then the Earth’s orbit changed, the sun came a little closer, and the land altered, becoming a desert that swallowed armies. It had happened three or four thousand years ago, barely a blink in the nine-billion-year life of Earth, but in that blink, Heaven and Hell had switched places. Had it been cosmic boredom? A need for a different perspective? Life giver, life taker.

Jessica wondered which face the Sahara preferred. Since she’d come here to die, it was a point of interest. Barely two years ago, her body had been vigorous and fertile. Now it, too, was a barren skeleton that repelled most sensible life forms. She felt almost at home here.

As the largest desert in the world, this was a place where one could walk for days—if one had the constitution of a camel—and see no other human life. But the history of the area was still mapped on this wasteland, if one had trained eyes. Though she’d had to learn about it primarily from within the walls of her prison, she’d done little else of importance during the past several years but study this, her final destination.

She didn’t count killing Lord Raithe, her vampire master, as important. The reason she was dying now was a mere dot in the overall scheme of things, as was the dead vampire who’d caused her wasting illness. Creatures lived, creatures died, and their bones became sand like this. At least Raithe would never torment anyone again. That mattered, though in truth, she’d been sick for so long, she couldn’t even recall why that was as important as it had once seemed.

In contrast, Farida had remained significant to her. In the midst of a life so horrible Jess often thought she’d already died and somehow deserved Hell—though she couldn’t recall her crime—Farida had given her a spark of light. The body’s desire to live was stronger than anything, even despair. Maybe that was why she’d connected with a woman who had chosen love and then lost everything.

From the very first moment Jess opened the ancient binding and discovered the written memories of the sheikh’s daughter who had lived more than three hundred years ago, a bond had formed between them. As a former archaeology student, Jess knew how unlikely it was that the journal truly belonged to a Bedouin woman, for precious few men of those tribes knew how to read or write then, let alone in English. Yet Farida had spoken in her memoir passionately, vibrantly, of a love worth any torment, and Jessica had been pulled into her story despite her skepticism.

Between being on the run as a fugitive and hoping she had the strength to keep going the next day, Jess had read Farida’s words.

Hiding in dank places that only society’s forgotten frequented, there was nothing else to break her thoughts except the trickling background of an internal hourglass, the sands of her life running out. Her cells were being subsumed in that flow of sand, as if she were becoming part of a place like Farida’s Sahara. But she was okay with that. There were those who believed that the Sahara would return to greenness, that the cycles of climate change would evolve again, the sun getting less hot and the rains increasing. A different way of life would return.

After Jess had killed Raithe, Farida’s journal and the diamonds were the only things worth risking her life to slip back into his mansion to retrieve. Maybe even then, in her subconscious, she’d realized where she was going and what she was going to do with the short remainder of her life. It was no more fantastic than what her life had been for the past five years. And no one would look for her in Africa.

When she’d arrived in the Sahara, she realized that those who wrote of it as a desolate place, devoid of life, didn’t know it. There was life here. Not just in the few peoples and creatures that called it home, but in the ghosts that whispered, finding voice through the movement of the sand, a haunting noise like blowing across the top of a soda bottle. She knew what that sounded like, for she’d done it as a teenager, clustered with her friends on the curb outside the Quik-Stop with soda and Cheetos, eyeing the boys that came in after school. Boys who eyed them right back.

God, that was a long time ago. She held those memories to her occasionally like a favorite doll, even as she knew the act was closer to that of a mother holding a dead baby.

The three men she’d hired thought her a madwoman, of course. Take a dying woman out to a remote part of the desert that wasn’t on any map and help her find the marker for a dead woman’s grave. But they were willing to indulge her because they were going to be rich men. She’d shown them the jewels, told them they’d be theirs if they helped her. She thanked whatever capricious deity watched over fools that she’d had the foresight to steal those diamonds. Raithe had had a hoard to rival a dragon’s, so they’d never be missed.

Now, as she rolled the comfort of familiar thoughts through her head, a reminder of where she’d been, where she was going, she looked over the endless stretch of dunes. The breathtaking artistry of the wind upon them rivaled the greatest sculptors of the ages, and the sun collaborated, providing a different view with each degree it descended. But even that beauty couldn’t distract her from the fact night was drawing close. God, she hated darkness. But the stars would help her find Farida tonight at last.

Reading the words of that diary made her feel as if she were in Farida’s tent, where they cuddled on the pillows as girlfriends, pressed forehead to forehead. In the darkest time of night, Farida whispered in her ear. While everything in life could be taken away by uncontrollable forces, there was always a choice left. Something overlooked, if one didn’t let fear overwhelm desire.

Farida’s choice had been an incomparable man. Jessica’s would be where she wanted to die.

Killing Raithe had seemed impossible, of course. Since he’d been able to read her mind as easily as she read Farida’s pages, he’d delighted in punishing her every time she’d thought of murder . . . or of running. Eventually, she’d learned to make her mind blank, a dumb, self-lobotomized creature who could endure anything, her life merely a muddy haze of images and obstacles to avoid. But that hadn’t been sufficient. Raithe wanted her full attention and enthusiasm.

Vampires were not only brutal and ruthless. They knew humans so well that they could use kindness, cunning and desire to bait a captive into awareness, no matter how often their subsequent cruelty sent her scrambling back into the deepest cell of her mind.

Once or twice, she made the mistake of believing he could do no worse to her, but evil was bottomless.

Oh, Jesus. Was she destined to follow him to Hell? Some said vampire servants followed their Masters into the afterlife. Another good reason not to die any sooner than she had to. She’d already proven the will was far stronger than X-rays and blood tests.

Though Death wouldn’t wait forever, she’d faced down the Grim Reaper and made him blink, made him back the hell off, at least until she accomplished this one thing.

“So we wait here until dark, then?” Harry, one of her trio of opportunists, stood at her side.

While she needed the three men for passage and protection, for their knowledge of the language and the Sahara, she would have preferred to do this alone. However, there were things she couldn’t do by herself anymore. Harry had put her before him on his camel a couple of times when she fainted into one of her hours-long stupors. She’d warned him of it, instructed him to keep moving no matter what. Time was too short for her. She’d given him the compass heading and some landmarks, but not all of them. They thought they were seeking only a grave marker, not the tomb, her true goal.

When they found the obelisk, she’d have them leave her there. She wasn’t sure she could make the final leg of the journey on her own, but she certainly wasn’t going to dishonor Farida by exposing her secret resting place to others. She owed that
not only to her, but to the brokenhearted spirit of the man who’d loved her enough to place her there.

“So are we in the right place?” Harry repeated patiently. They’d gotten used to her silences, her slow response time.

“I think so. ” She considered the lay of the dunes, checked her compass and then shuffled through her sheaf of notes, checked the GPS. They’d made camp a couple hours before and her camel’s resting body was warm and solid at her back, a rhythmic vibration as the creature chewed her cud.

Harry sat down and leaned against his pack, considering her. “You know, you remind me of crazy Daisy Bates. She lived in the Outback for years among the blacks. Was as at home there as a baked lizard. ” She glanced up at him. Harry was an expatriate Australian, one who’d lived in and around the Sahara for the past twenty years, a swagman gone walkabout far from home. He boasted he’d come here because he’d heard tell it was even hotter than Oz. He’d stayed merely to test it out. In reality, he’d left because he was wanted for killing a man in Queensland, a cuckolded husband who’d come after him with a knife.

Still, he wasn’t a bad sort. Thieves and cutthroats with some type of moral code were the best partners for a fugitive, and she’d done well in that, for the most part. He could have been the type to take her out into the desert and leave her during one of her unconscious spells, going back to try for the jewels she’d promised.

Of course, she’d also made it clear that the bank would be expecting a specific code word from each of them before they’d release the jewels. She was too weak to do anything but die under torture, so any temptation Harry or Mel might have to beat it out of her before they got her to her destination was obviously futile.

Mel was far more unscrupulous, but Harry kept him in line. Despite her aversion to being touched, she worried little about traveling alone with them, and not because Harry’s tastes didn’t run to forcing women. She was skin stretched over bone. Her hair was brittle, lackluster. If she brushed it, it came out. She was as likely to vomit up a meal as digest it, and her hacking cough kept the clothes she wore flecked with blood and sputum so that sometimes she was too tired to wipe it away. The odor coming from her body was noxious, that of a sick and dying animal. The men tended to sit upwind, though Harry and Dawud were more courteous and discreet about it.