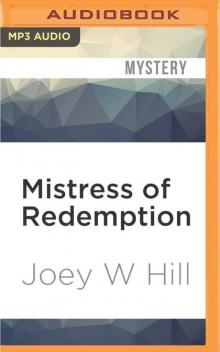 Preface—A Word About Jonathan (or Nathan)…

For those of you familiar with my earlier works, Holding the Cards and Natural Law, the idea that Jonathan is getting his own story might be shocking. Make a hero out of the “bad guy” who nearly destroyed Lauren’s soul? Who almost got Mac killed? Joey, have you lost your mind?!

Jonathan was the worst kind of bottom. A twisted sub, a sexual predator who enjoyed manipulative games with his chosen Mistresses until he destroyed them emotionally and moved on to his next prey. The only person who stopped him was a Mistress who was more of a sociopath than he was, who used him to try to kill Mac Nighthorse. If she had succeeded, of course my fans would have wanted to consign Jonathan to Hell forever, for no male hero of mine to date has been as widely beloved as Mac Nighthorse of Natural Law.

Truth be told, it never occurred to me that Jonathan should have his own story. Not until a fan (who is a Domme) started pushing me in that direction with questions like

“Why does he continually have to prove his manhood by submitting and then manipulating others? How does it serve him better than being a regular Dom or a bottom? Why choose to masquerade as a sub? Deep down, is he a real sub? What does he get out of it? What would it take to stop him in his tracks and make him see what he’s missing by never surrendering himself to real intimacy? What would force the issue, breach those walls?”

Just like that, Mistress Dona appeared in my imagination and I knew that Jonathan needed her. What cinched it was finding out how much she needed him. When two people are bound the way these two were, I have to write their story. So here’s Mistress of Redemption. I won’t say enjoy the journey, because it’s not that kind of trip, but I hope you find something here that feeds your heart and soul.

This book is dedicated to “Maven”, who believed enough in Jonathan that she convinced me and my Muse to look deeper. To believe that even the worst among us might be redeemed, if the love and justice applied is strong and balanced enough to heal the soul. It makes me wish there were more Donas in the world, people able to drive evil away and help the soul find its way back to the gift of unconditional love freely offered by another.

The duffel bag hit the edge of the road, sending up a puff of gravel dust that lingered, seemingly reluctant to settle in the still, humid air. The day he’d been brought to Wentworth Prison it had been hot and sticky, for Florida summers knew no other way to be, but it had not been like this. The light of the sun was harsh, painful to the eyes as it reflected on a ribbon of asphalt flanked by expanses of sand and scrub that stretched out from one horizon to another. He hadn’t remembered the prison being the only feature of this desolate wasteland, but five years was a long time to remember a detail that had been so insignificant at the time.

He could have moved back into the shadow of the guard tower to wait for the bus, but he rejected the idea. He wasn’t planning on turning around or looking at the prison ever again.

Prisoners about to be released had two choices for transport. He could catch a bus ride back to the county in which he was arrested, compliments of the state, or he could make his own pickup arrangements. Call a friend, a family member.

So he waited for the bus, not because he had any interest in going back to Tampa, but because there was no one to call. The life he’d built for himself—Jonathan Powell, successful stockbroker, upwardly mobile twenty-something—was over. Gone and ill-fitting on him now, like a costume the day after Halloween. He had enough to live on for a while, but his old employer wouldn’t be begging to have him back. Not the accomplice to the S&M Killer, the woman who’d tried to off two cops as her final coup.

He wouldn’t find a career in finance, where corporations regularly did criminal background checks as part of the hiring process.

It didn’t matter. He’d find a hotel, a shower and plan to be across the country in a week. Maybe Oregon. Mountains. Cool, green. He could hire himself out as a subcontractor in places where new construction was booming. Once, in another life, he’d been a better-than-decent roofer. Fearless no matter the pitch, always keeping his balance. Sometimes he’d taken his lunch break up there. Sitting shirtless in loose jeans, his knees drawn up to anchor himself on the slope as he ate his sandwich, he’d almost felt at peace. Clean despite the filth that had dried in a film on his sun-browned skin from the hot, dirty work.

A loser, he reminded himself. He’d been a no-money, nobody loser then. And here he was again.

When a wavering line appeared on the horizon, he squinted. Sweat rolled down the center of his back and dampened the waistband of his jeans. Damn bus probably wouldn’t be air-conditioned, just a fan up front for the driver.

It wasn’t a bus. It was a car. A red Mercedes convertible, the top down, the driver flying along at what looked to be a smooth ninety. The exhaust turned the air around the car into a mirage, wavy lines confusing the eyes so reality vied with illusion. Then the car drew closer, became more defined. As did the driver.

A woman. A woman with dark sunglasses, red lips and dark hair whipping and tangling around her face. He could almost feel the pleasure of the wind as he stood in stagnant heat. The idea of seeing a real woman, even if it was just a flash as she passed him on this godforsaken highway, curled its way around his cock and stroked it like the touch of her fingers. With long, wicked nails that might dig into tender flesh just a little.

Taking a drag on his cigarette, he savored the vision and waited.

A hundred yards away, she hit the brakes. Hard. Turned the wheel directly for him.

The car screamed its fury as a ripple of flame shot out beneath the back tire treads, an impressive pyrotechnic display.

Before he could get a curse out, the car had come to a snorting, quivering halt, blowing hot air and dust across his groin and thighs.

Lifting the cigarette deliberately back to his lips, he took another drag. Held it there a moment so he wouldn’t betray a tremor in his fingers. Son of a bitch, he hadn’t expected that.

He still cared about being alive.

“You trolling for prison dick, Princess?”

One slim brow rose and then so did she, performing a sinuous wriggle to stand up on the cushioned seat of the Mercedes and prop her hips against the headrest.

His cock was going to get hard at any hint of pussy, never mind the feast she was displaying in front of him now. He’d have turned around to see if the guards were falling out of the tower, if he gave a rat’s ass. Or if he didn’t prefer the territory his eyes were covering right now just fine.

Despite the heat that was making his cotton clothes feel like impermeable raingear, this bitch was wearing a black corset, laced so tight his hands would have spanned her waist easily. What was spilling out of the top was much harder to contain. Jayne Mansfield tits, the kind that could suffocate a man and make him die happy. The latex pants were painted on, the thigh-high boots covering them having the effect of zeroing his attention on her crotch, the lips of her cunt distinct and separate under the provocative creases.

When he raised his gaze to her face, he found those lips were indeed red, full and wet. Ready to suck a man’s cock and leave him marked with her makeup like traces of blood. Her eyes were rimmed with black, her lashes thick, completing the Goth look of her attire. A triple-looped chain of silver sunbursts and crescent moon metal discs rode low on her hips, calling attention to the way they cocked against the headrest. She wore gloves up to her elbows. The only flesh visible below her face was her upper arms, the rounded curves of her shoulders, the line of her throat and slim jaw. Plus that tempting valley of cleavage.

“The only dick I’m trolling for is yours, Natha
n. ” His gaze snapped up, focused more intently on her face. “Dona?” She inclined her head. “You’ve a good memory. ”

“Not as good as yours, if you’re here on my release date. ” Not expecting to see a familiar face today, he hadn’t bothered to look past the display of high-grade pussy. Now he couldn’t believe he hadn’t recognized her right off, but then she would have tied with a complete stranger as the last person he’d have anticipated showing up for him.

At The Zone, the fetish club she most frequented, she’d had a reputation for being a supreme bitch of a Mistress, able to bring a man to his knees and make him beg for anything. He’d never been able to get this close to her. The few times his gaze had found her through the dim light of the club, she’d been studying him, her dark eyes unreadable. When he’d been in a savage enough mood to try and fuck with the mind of a hard-core Mistress like her, she’d been nowhere to be found. His curiosity had driven him to seek out more information about her. Strangely enough, despite her renown, no one could identify a man who’d served her. No one had been able to offer a firsthand account so he could learn her technique. Her weaknesses.

He dropped the cigarette, ground it out and hooked his thumbs in his belt loops, curling his fingers loosely on his thighs on either side of his crotch.

“So if you’re here for my dick, spread yourself on the hood of that Mercedes, baby.

I’ll be happy to do you right here. ”

She didn’t bat an eyelash, but her gaze coursed smoothly over him, lingering on his groin. “You always were blessed in that area. A nice, thick tool to make a Mistress sigh with pleasure. You had a good body. But prison used those muscles, made them real, didn’t it? It toughened you up good. I like your hair longer, that dangerous glint to those pretty blue eyes. You’re looking like a fine, cool drink of water out here in the hot desert. I’ve a mind to take you somewhere I can enjoy that tool and those muscles at my own pace. ”

Her tone was as sultry as the weather. Her eyes, as they lifted back to his, were as relentless as the sun’s heat. He knew she wasn’t inviting him anywhere. Her manner said that if he knew what was good for him, he’d get his ass in the car.

“Yeah. ” Those lips curved in a mocking smile, her attention dropping back down to his erection pressing against his jeans, a reaction he’d indifferently made more noticeable by the frame of his large hands on either side of it. “I can see that. ”