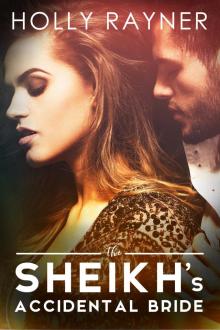 Nadya opened her eyes, groggily. She hated flying, but at least she’d managed to get some sleep on the flight, she thought, as she sat up in her seat.

New York. Back to New York. She looked through the window and took her headphones off so that she could better hear the announcement of their arrival. The captain sounded chipper and welcoming, and in her dour mood, Nadya couldn’t help but resent him for it.

She was sitting in an aisle seat, and had to look across her neighbor to see out the window. As she did, her eyes caught on the book the meek, college-aged brunette was reading. She smiled to herself.

“Yes?” the girl asked, jolting Nadya out of her private little world of recollection.

Nadya couldn’t decide whether she was flattered or annoyed at being confused with a student. Something about her huge emerald eyes always made her look a little bit young for her age, and, more to the point, she wasn’t much too old to be an undergrad. At only 21, if she’d got a late start of things, Nadya could still have been studying. But it had been three years, now, since she left that life behind. She’d worked hard, with big plans of what she’d do with her degree when she was done. She was going to change the world. Get her foot in the door and then head straight to the top. Probably the same kinds of dreams that this girl next to her had now.

She didn’t mean to sound sad about it. She truly didn’t think she was. But the girl reacted as though she felt like she was intruding, awkwardly shrinking back in her seat.

“I like your headphones,” the girl offered, after a second.

It was a deflection, and poor one, but Nadya thanked her anyway. She liked her headphones, too. They were expensive – the latest generation of sound-cancelling technology. She liked the way they made the world around her disappear.

Nadya put them back on and settled back into her seat, preparing for landing, as she thought about the day she’d gotten them. They’d arrived a couple of weeks ago. Just a blank cardboard delivery box on the stoop of the low-rent, run-down apartment above a bowling alley that Nadya tried to convince herself she was only renting until something better came along, but that she’d been living in for several months, now.

When she opened the box, at first it had felt like Christmas. She’d always admired these headphones, but never could have justified buying them for herself. As she thought about where they must have come from, they began to feel like less of a gift, and more of a peace offering.

Jasmine. It had to be. The only one with the money and inclination to send an expensive gift, with the falling out they’d had before as motivation.

So Nadya hadn’t accepted them. She hadn’t thrown them away, either. She wasn’t that foolish. But they had sat in their box in the corner of her kitchenette, and Nadya would look over at them occasionally, glowering about the fight she’d had with her sister, and just letting the resentment grow that Jasmine had thought she could be so easily bought off.

And then, a few days later, when she got the email confirmation that Jasmine had booked and paid for plane tickets for Nadya to come back to New York for four days, she saw the headphones for what they really were: a bribe.

On the face of it, it was completely understandable. Jasmine was planning on throwing a party to celebrate her one-year anniversary, and she wanted her sister to be there. She sent her a terse but lighthearted email explaining as much. Fair enough, Nadya had thought. But she still hadn’t wanted to go.

It wasn’t that Nadya disliked Jasmine’s new husband. She didn’t know him all that well, but he didn’t seem like a bad man. What he was, though, was an exceptionally rich man.

Since childhood, Nadya and Jasmine had always been, freedom fighters in their own minds. They were going to fight the power, on behalf of the powerless. And when Jasmine had married Mark, well… she’d become the power, hadn’t she?

It was a weak decision, or so Nadya thought. She’d never thought Jasmine would be the type to just find herself a rich man, and settle down with him. But that’s what she’d done. Nadya was out in the world, making her own way without any help from anyone, and Jasmine had taken the easy way out. Nadya had been disappointed in her sister, and had told her as much in no uncertain terms.

As the wheels touched down and Nadya found herself, once again, tethered back to earth, she replayed the fight in her mind. It had been a bad one. Nadya had said some ugly things with some even uglier implications. She didn’t like to think of the exact words. And then Jasmine had made her a horrible, condescending offer…

Nadya couldn’t remember the words she had said in response. But she remembered the way her face felt – hot with anger. Her hands had felt like they were vibrating and she couldn’t control them.

After she had got the tickets, Nadya hadn’t immediately made a decision as to whether or not she would accept. She’d left the email starred in her inbox, but had put off arranging to swap shifts at the restaurant where she worked.

In the end, it was a fight between patrons at the restaurant that had made her change her mind. They were arguing about the check – one had promised to pay and was backing out of it when the time came – and began bringing up every embarrassing little detail from each other’s pasts in the argument. Nadya had been struck with two thoughts: one was that she wished she could tell Jasmine about it. The second was that she didn’t want to be like these two. Neither of them was winning.

She’d sent her sister a single word email in reply, and now here she was again – back in New York. Four years after she’d moved away, and a year since she’d last visited. It was time to face the music.

The Sheikh's Accidental Bride by Holly Rayner / Romance & Love have rating 4.1 out of 5 / Based on37 votes