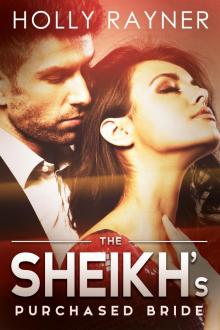 It seemed like every Broadway actress had a ritual before her curtain call. Breathing exercises, mantras, stretches and impossible yoga poses; all perfectly acceptable rituals to ready the actress for her moment in the spotlight.

This was hardly Broadway, however, and Amie Shaw’s pre-show ritual wasn’t nearly anything glamorous. Nor was she the lead. In fact, she was merely the understudy, and lately, her pre-theater routine mostly consisted of circling the want ads in the Chicago Tribune while sipping back copious amounts of free green room coffee.

It’d already been two years since she’d ditched her life as a waitress in Indiana to pursue acting in Chicago. At the time, she’d had big dreams and just the right amount of naivety to believe she would make it big. The reality, however, was far from it. Since arriving in Illinois, she’d landed a couple of small acting gigs here and there, but nothing worth writing home about. She’d nearly fainted when she received the lead role in Carolina and the Bridge—that is, until she found out she’d been cast as the understudy. Thus far she hadn’t even stepped on stage once, and tonight was the last show.

She’d chosen her starter apartment before she’d even left Indiana; catching an ad online and deciding that particular choice would be low-budget enough that she wouldn’t be limited to eating boatloads of ramen upon coming into the city. She’d been in her ‘starter’ for two years now and desperately needed an upgrade. Still, with mounting bills and no acting career in sight, she’d taken to mindlessly searching the want ads in the paper and obsessively checking her phone for acting gigs and waitressing jobs.

Boy, would her parents be proud.

Though divorced, Amie’s parents could always agree on one thing: her career, or lack thereof. So it came as no surprise to her when, on separate occasions, both her mom and dad expressed concern for her pursuit of acting, especially when she decided to move out of state. She’d loved acting ever since she was a child, and she knew she was good, she just needed more opportunities. If she could get to the big city, she’d foolishly thought, the roles would come pouring in. Lately, though, she’d been thinking more and more that her parents might have been right all along.

Like most other nights, Amie had taken her place in the wings backstage at the local theater to watch another rendition of a fantastic play she had seemingly learned all the lines in vain for. She sat atop an old speaker near the stage, outfitted in sweatpants and a T-shirt; her long hazelnut hair scrunched up in a lazy bun.

She absent-mindedly tapped her fingers against her coffee cup as her eyes skimmed through the paper. There was a sudden rustle backstage that might have signaled to her that the show was starting, but there was still over an hour to go before curtain call. Before she had a chance to swallow her coffee and ask a stagehand for the scoop, the director came rushing up to her.

In standard dramatic fashion he grabbed her coffee cup and set it roughly on the speaker, causing it to spill slightly over the surface.

“Thanks for that,” she said with a grin.

Amie blinked emphatically. “I have become one with this speaker. She understands me and I, her.”

“Michael!” she said firmly, grabbing both his shoulders. She felt comfortable sassing her director; the two had formed a close friendship over the last few weeks—watching him throw up backstage on opening night had done a good job of breaking down the walls between them. “Words. Use them. Breathe, then speak.”

“Sharon called in sick,” he said, referring to the lead actress. He placed his hand on his forehead and gave a woeful sigh. “It’s all up to you now, honey, so get into wardrobe immediately, if not sooner.”

“Yes!” Michael said, finally taking on a normal tone. Oftentimes his theatrical nature would overwhelm even the most mundane conversation—he could make asking for a cup of coffee sound apocalyptic.

“I blame you,” he said absent-mindedly. “You must have put a hex on her just to get on stage. Now come on, to wardrobe!”

“Uh, yeah! Okay!” Amie said, ripping her ponytail from her hair and tossing the want ads to the green room floor. She quickly followed behind as Michael marched into hair and makeup, with a stylist at the ready to turn her into a perfect piece of stage art.

“It’s so funny because I’m always telling Katie that it drives me crazy how I’m getting sick like every week, yet no one else ever gets sick around here. I even told her we should start cranking up the AC,” Amie laughed, but Michael merely continued forward. “You know, so people get cold and maybe—”

“—develop a debilitating illness?” he interrupted, dragging her by the arm into a makeup chair and instructing the stylists without a word. “I get the joke, Amie, it’s just a little morbid.”

“Yes, of course!” she said quickly, watching as he disappeared out of the dressing room. Her heart wouldn’t stop flipping as the women behind her fussed and fawned over her makeup and curls; deep down, beneath her sarcastic veneer, she was relishing every moment of her big debut and silently taking back every jealous thing she’d ever uttered about this play.

She practiced her lines in a whisper for the next half hour, reminding herself that she’d spent the last eight weeks rehearsing these lines alongside the play as she watched from the wings, and that she had nothing to worry about.

While Carolina and the Bridge wasn’t exactly critically acclaimed in the media, the play’s director was still renowned for throwing some of the biggest, wildest after-parties on the Chicago theater scene. It didn’t go beyond Amie’s notice when a stage hand swooped into her ear with an excited whisper announcing: “You’re so invited to the after-party.”

Amie squeezed into her first costume and was quickly shuffled about from stagehand to stagehand. She could hear the assistant director ushering her to the curtain with a wild energy as all the actors took their places.

Breathe Amie, just breathe. If she could just get out her first line, she’d be golden for the rest of the performance.

She stepped onto the stage and quickly took her place at a faux-antique writing desk. She stared at the velvet red curtains and then d
own at the leather-bound book before her. She could see where Sharon had scribbled on the pages, either while pretending to write, or accidentally, out of nerves. She smiled at the penmanship and took it as an unspoken sign of Sharon’s blessing on her stepping into her shoes that evening.

Suddenly, Amie realized the background music had faded and the billowing red curtains had been drawn; the bright stage lights blinding her vision of the vast audience before her.

She stared wide-eyed at the hot lights above and then back down at the book in front of her.

“Endlessly, endless dull…” she said in her best Sharon impression, sweeping the papers off the table with an over-exaggerated swing of her hand. A chuckle ran through the audience at the gesture, which Amie could only take as sign of good things to come.