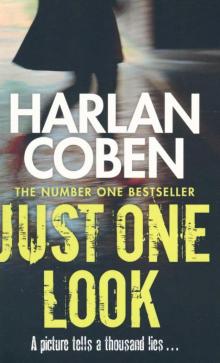 "Babe, give me your best memory,

But it don't equal pale ink. "

Scott Duncan sat across from the killer.

The windowless room of thundercloud gray was awkward and still, stuck in that lull when the music first starts and neither stranger is sure how to begin the dance. Scott tried a noncommittal nod. The killer, decked out in prison-issue orange, simply stared. Scott folded his hands and put them on the metal table. The killer - his file said he was Monte Scanlon, but there was no way that was his real name - might have done likewise had his hands not been cuffed.

Why, Scott wondered yet again, am I here?

His specialty was prosecuting corrupt politicians - something of a vigorous cottage industry in his home state of New Jersey - but three hours ago, Monte Scanlon, a mass executioner by any standards, had finally broken his silence to make a demand.

A private meeting with Assistant U. S. Attorney Scott Duncan.

This was strange for a large variety of reasons, but here were two: one, a killer should not be in a position to make demands; two, Scott had never met or even heard of Monte Scanlon.

Scott broke the silence. "You asked to see me?"

Scott nodded, waited for him to say more. He didn't. "So what can I do for you?"

Monte Scanlon maintained the stare. "Do you know why I'm here?"

Scott glanced around the room. Besides Scanlon and himself, four people were present. Linda Morgan, the United States attorney, leaned against the back wall trying to give off the ease of Sinatra against a lamppost. Standing behind the prisoner were two beefy, nearly identical prison guards with tree-stump arms and chests like antique armoires. Scott had met the two cocky agents before, had seen them go about their task with the sereneness of yoga instructors. But today, with this well-shackled prisoner, even these guys were on edge. Scanlon's lawyer, a ferret reeking of checkout-counter cologne, rounded out the group. All eyes were on Scott.

"You killed people," Scott answered. "Lots of them. "

"I was what is commonly called a hit man. I was" - Scanlon paused - "an assassin for hire. "

"On cases that don't involve me. "

Scott's morning had started off normal enough. He'd been drafting a subpoena on a waste-disposal executive who was paying off a small-town mayor. Routine matter. Everyday graft in the Garden State of New Jersey. That had been, what, an hour, an hour and a half ago? Now he sat across the bolted-down table from a man who had murdered - according to Linda Morgan's rough estimate - one hundred people.

Scanlon looked like an aging playboy who might have squired a Gabor sister in the fifties. He was small, wizened even. His graying hair was slicked back, his teeth cigarette-yellow, his skin leathery from midday sun and too many long nights in too many dark clubs. No one in the room knew his real name. When captured, his passport read Monte Scanlon, an Argentinean national, age fifty-one. The age seemed about right, but that would be about it. His fingerprints had not popped up in the NCIC computer banks. Facial recognition software had come up with a big goose egg.

"This has nothing to do with her. "

Scanlon leaned forward. "What I'm about to tell you," he said, "will change your entire life. "

Part of Scott wanted to wiggle his fingers in Scanlon's face and say, "Ooooo. " He was used to the captured criminal mindset - their serpentine maneuverings, their quest for an edge, their search for a way out, their overblown sense of importance. Linda Morgan, perhaps sensing his thoughts, shot a warning glare across his bow. Monte Scanlon, she'd told him, had worked for various connected families for the better part of thirty years. RICO hungered for his cooperation in a starving-man-near-a-buffet way. Since his capture, Scanlon had refused to talk. Until this morning.

So here Scott was.

"Your boss," Scanlon said, gesturing with his chin at Linda Morgan, "she hopes for my cooperation. "

"You're going to get the needle," Morgan responded, still trying to give off the scent of nonchalance. "Nothing you say or do will change that. "

Scanlon smiled. "Please. You fear losing what I have to say much greater than I fear death. "

"Right. Another tough guy who doesn't fear death. " She peeled herself off the wall. "Know what, Monte? The tough guys are always the ones who soil their pants when we strap them to the gurney. "

Again Scott fought off the desire to wiggle his fingers, this time at his boss. Scanlon kept smiling. His eyes never left Scott's. Scott didn't like what he saw. They were, as one would expect, black and shiny and cruel. But - and Scott might have been imagining things - maybe he saw something else there. Something beyond the standard vacancy. There seemed to be a pleading in the eyes; Scott couldn't turn away from them. There was regret there maybe.

Scott looked up at Linda and nodded. She frowned, but Scanlon had called her bluff. She touched one of the beefy guards on the shoulder and gestured for them to leave. Rising from his seat, Scanlon's lawyer spoke for the first time. "Anything he says is off the record. "

"Stay with them," Scanlon ordered. "I want you to make sure that they don't listen in. "

The lawyer picked up his briefcase and followed Linda Morgan to the door. Soon Scott and Scanlon were alone. In the movies, killers are omnipotent. In real life, they are not. They don't escape from handcuffs in the middle of a high-security federal penitentiary. The Beef Brothers, Scott knew, would be behind the one-way glass. The intercom, per Scanlon's instructions, would be off. But they'd all be watching.

Scott shrugged a well? at him.

"I am not your typical assassin for hire. "

Scanlon ignored the sarcasm. "That is my first rule. I kill only men. No women. "

"Right. Tell me, does rule two have anything to do with not putting out until the third date?"

Scott shrugged as if the answer was obvious.

"You don't respect my rules?"

"What rules? You kill people. You make up these so-called rules because you need the illusion of being human. "

Scanlon seemed to consider that. "Perhaps," he allowed, "but the men I've killed were scum. I was hired by scum to kill scum. I am no more than a weapon. "

Scott rubbed his palms on his pant legs. "You didn't call me here for an ethics class. What do you want?"

"You're divorced, aren't you, Scott?"

"No children, amicable split, still friendly with the ex. "

He lowered his eyes but only for a moment. "What I did to you. "

Scott let the silence in. He glanced at the mirror. Linda Morgan would be behind the glass, wondering what t
hey were talking about. She wanted information. He wondered if they had the room bugged. Probably. Either way, it would pay to keep Scanlon talking.

"You are Scott Duncan. Thirty-nine years old. You graduated from Columbia Law School. You could be making a great deal more money in private practice, but that bores you. You've been with the U. S. attorney's office six months. Your mother and father moved to Miami last year. You had a sister, but she died in college. "

Scott shifted in his seat. Scanlon studied him.

"Do you know how my business operates?"

Change of subject. Scott waited a beat. Scanlon was playing a head game, trying to keep him off balance or some such nonsense. Scott was not about to fall for it. Nothing he had "revealed" about Scott's family was surprising. A person could pick up most of that info with a few well-placed keystrokes and phone calls.

"Let's pretend," Scanlon began, "that you wanted someone dead. "

"And only that last friend would know you?"

"Something like that. I had only one go-between man, but I was careful even with him. We never met face to face. We used code names. The payments always went to offshore accounts. I would open a new account for every, shall we say, transaction, and I closed it as soon as the transaction was completed. You still with me?"

"It's not that complicated," Scott said.

"No, I guess not. But you see, nowadays we communicate by e-mail. I'll set up a temporary e-mail account with Hotmail or Yahoo! or whatever, with fake names. Nothing that can be traced back. But even if it could, even if you could find out who sent it, where would it lead you? All e-mails were sent and read at libraries or public places. We were totally covered. "

Scott was about to mention that this total coverage had eventually landed Scanlon's ass in jail, but he decided to save it. "What does this have to do with me?"

"I'm getting to that. " Scott could see that Scanlon was warming up to his own tale. "In the old days - when I say old days, I mean, eight, ten years ago - we did it mostly with pay phones. I'd never see the name written. The guy would just tell me over the phone. "

Scanlon stopped and made sure that he had Scott's full attention. His tone softened a bit, became less matter-of-fact. "That's the key, Scott. It was by phone. I'd only hear the name on the phone, not see it. "

He looked at Scott expectantly. Scott had no idea what he was trying to say, so he went, "Uh huh. "

"Do you understand why I'm stressing that it was done by phone?"

"Because a person like me, a person with rules, could make a mistake with the phone. "

Scott thought about that. "I still don't get it. "

"I never kill women. That was rule number one. "

"So if you wanted to put a hit on someone named Billy Smith, I'd figure Billy was a man. You know, with a y. I'd never think Billy would be a woman. With an ie at the end. You understand?"

Scott went very still. Scanlon saw it. He dropped the smile. His voice was very soft.

"We talked before about your sister, didn't we, Scott?"

Scott did not respond.

"You see the problem, Scott? Geri is one of those names. If you heard it on the phone, you'd assume it would be with a J in the front and a y at the end. So fifteen years ago, I got a phone call. From that go-between man I told you about. . . "

"I was given an address. I was told exactly what time 'Jerry' " - Scanlon made quote marks with his fingers - "would be home. "

Scott's own voice seemed to come from very far away. "It was ruled an accident. "

"Most arsons are, if you know what you're doing. "

But Scott looked at the eyes again and felt his world teeter. The images flooded in: Geri's contagious smile, the unruly hair, the braces, the way she stuck her tongue out at him during family gatherings. He remembered her first real boyfriend (a dork named Brad), her not getting a date to the junior prom, the gung-ho speech she made when she ran for student council treasurer, her first rock band (they were awful), her college acceptance letter.

Scott felt his eyes well up. "She was only twenty-one. "

Scanlon studied his reflection in the mirror. His voice was very quiet. "Maybe you were right. "

"What you said before. " He turned back toward Scott. "Maybe after all is said and done, I need the illusion of being human. "