“Thank you so much for letting me stay over, Mrs. Ryan,” I greeted Zaylie’s mother with a hug.

“Anytime, Nari, really!” she responded as she hugged me back. It smelled so good in their house, like warm baked cookies, making my mouth water.

“Would you like some help with dinner?” I wasn’t an expert at cooking, but it seemed like something fun to learn, especially with Zaylie and her mom.

“Oh, that would be lovely! Here, let's see what else needs to be done.” She spoke in the same Australian accent as Zaylie and Desmond. I followed her to the kitchen and looked around at the different things she had going on.

“Okay, Nari, you sit here and start snapping the ends off these green beans. Zales, can you chop these black olives up for me, please, sweetie?” Mrs. Ryan instructed us on what to do, so I sat on the stool behind the prepping counter and got to work. Zaylie seemed a lot better than at lunch, which made me feel better too.

Eventually we got everything finished and sat in the living room to wait for dinner to be done. We were having pot roast with a side of green beans and a great mixed salad that Zaylie had cut the olives for. It all looked extremely yummy and smelled even more amazing. My stomach kept growling; I could hardly wait.

We spoke here and there about things, about Mr. Ryan’s job that had them traveling a lot, and I asked a lot of questions about the different places they’d been to. An hour later, we were all sitting at their dining room table and enjoying the best meal I have ever had.

Zaylie and I went back to her room after we cleared our plates and helped clean up. It was so fun being with them. It genuinely felt like a real family. I loved it.

“Okay, so please, what in the world happened last night?!” Zaylie asked as soon as she locked her door.

“Oh, god. Zales. I don’t even know if you’d believe me if I told you.” I covered my eyes with my hand and sighed. Now that this moment was here, I couldn’t find a single fiber in my body capable of lying to her. I didn’t want to. Lying to Rydan was horrible in itself. Now that I had Zaylie here by my side, perfectly healthy and alive after that horrendous ordeal we both just went through, there was just no way I could bring myself to lie to her. I needed to tell her, and I already knew she needed to hear it.

“Try me,” she said quietly as she placed a gentle hand on my knee. I took in a big breath of air and slowly exhaled. This was it.

“Alright. Zaylie, I can’t tell you everything because it is just not my secret to tell, but I am going to tell you what I can. First of all, Mycah is extremely smart. Like...extremely.” I dramatically nodded my head and opened my eyes wide. She looked at me, waiting for me to continue. “He’s a real bona fide genius. I actually don’t know much of the details, but he is in possession of something highly valuable, and there is a secret organization that is out hunting him for it. That is who wrecked Seth’s car last night. And that is why we weren’t there when you woke up. They took us. But before you freak out, Mycah took care of it, and we are okay now.” I had to hold my hands up to stop her from speaking before I finished, so I gently placed them back on my lap now that I was done.

“Wow. I was not expecting that. I mean, I knew it was going to be bad, but I honestly could have never imagined that. Are you really okay?” She searched my face, so I made sure to stay confident. The last thing I wanted was for her to worry about me.

“Yes, I promise, I am perfectly okay. How are you, though? What happened after we left? Did anyone ask about us?” All night I had wondered if her parents knew that I had been in that car yesterday. I mean, they had to have. They knew we were going to the dance together.

“Seth and I are fine, no injuries at all, not even sore muscles! It was the strangest thing. We woke up in weird positions that would have normally indicated trauma, but the doctors said there was absolutely none at all! We had been taken to the hospital, and when they asked about things neither Seth or I mentioned that you and Mycah were with us. Since you weren’t at the car anymore or even the hospital, I didn’t want to get you two in trouble for fleeing the scene, so we stayed quiet. We only explained we had been hit out of nowhere and the person who hit us left.”

I stayed silent and listened to her story, soaking it all in. I couldn’t believe she thought to cover for us. I was so grateful. I had never even thought of it like that before, but she was right. Mycah and I could have gotten in serious trouble if we had just walked away from an accident like that.

“Thank you so much, Zales. You did the right thing. I am so grateful neither of you were hurt. I was so worried about you all night.” I leaned over and hugged her fiercely for the tenth time today. I could never say enough how grateful I was for Zaylie.

“We’re so glad you’re okay, too. I was also worried about you. I had no idea what happened or where you were! I was so close to telling my mum, but then when you finally called me, I was so relieved!” She wiped a stray tear that had fallen from her eye, and I noticed that I, too, had tears in my eyes. “And the worst part is that I couldn’t even call you to find out because I had your bloody mobile! You have no idea what thoughts ran through my head when I noticed it was left behind.”

“Trust me, I have an idea. I hated leaving you like that, not knowing if you would be okay. It was pure torture.” I took her hands in mine and cleared my throat. “Zaylie, I want to tell you something.”

“Um, you’re not proposing to me are you?” She smiled at her joke, and I barked a laugh, not expecting her to say that.

“I just wanted to tell you how much you mean to me. I really can’t describe how terrified I was for you. I thought for sure you were dead and it killed me to think of not taking the chance to tell you what you mean to me when I had it. So I wanted to do that now because we never know what tomorrow can bring. You are one of my best friends, Zales. Thank you so much for being there for me and for letting me borrow things and for giving me all that you do! It’s too much! I could never return all your kindness, but I will always work to try.” I hugged her again to finalize my point. “I love you!” I laughed at my girly emotions and she laughed back.

“I love you too. That was so sweet. Thank you. I feel the same,” she said as we pulled away and dried our eyes. I stood up and walked over to her present.

“Here, I made this for you as a thank you gift.” I handed her the painting I had leaned against her wall and uncovered it.

“Crikey! That is bloody gorgeous! You did this?” she asked incredulously as she reached out to hold it.

“Mmhmm. Just for you.” I grinned at her reaction. I made sure to include colors I knew were in her room so that it would go well on her wall, and now that it was here it did match perfectly. It would look great in here!

“Oh, Nari! Thank you very much. I absolutely love it.” She hugged me again and kept staring at her gift. I breathed a sigh of relief and satisfaction, then sat back down on her bed.

“Hey, so what’s going on with you and Liam?” I asked tentatively. I didn’t want to pry, and I also didn’t want to freak her out by bringing up feelings she may not understand yet. I could relate to that completely and knew how it could be scary.

“Ugh. Don’t even mention his name in my room,” she huffed as she dropped to her bed next to me. “I don’t want to talk about it. Let’s just say he is extremely frustrating! But really, we shouldn’t waste our breath on him. We have more important things to discuss.” She gave me a smile and then ran out of the room like she had a brilliant idea.

A few minutes later, she ran back in grinning and carrying a container of Bunny Tracks ice cream and two spoons.

“Yum!” I acknowledged the gesture, and we dug right in.

We took the rest of the night to spill our secrets and inner thoughts, deepening our bond. I told her what I could about Ray and Elizabeth without having a mental breakdown like I did when I told Mycah, but I did cry a little. I told her all about my childhood and about Rydan. She cried with me when I told her some memories of things Ray had
done to me. I listened when she told me all about her life and how she really struggled at first having to move from their home in Australia, and how Desmond tried to be strong for her but she knew how much he was suffering too. She told me about what it was like to be teased and treated like outcasts when they first moved to the United States. I was able to relate and understood what that was like.

She told me how Seth’s car was totaled, but that his insurance covered a rental until they paid for a new one. I apologized that the Homecoming Dance was ruined for her, but she explained how she and Seth had gotten to go anyway once the doctors couldn’t find anything wrong with them and they had felt perfectly healthy. She had thought maybe there was a small chance that Mycah and I would have been there but had been both sad and worried when we never showed up.

Also, they were a couple of hours late, but she said it was better to be late than never and seemed to mean it, so I was happy. She admitted though, that she discovered there was no real spark between her and Seth and that they would remain as friends only. I was surprised to learn that part of her actually hadn't been worried for me because she had known Mycah wouldn’t have let anything bad happen to me. I then explained my true feelings and real terror about what happened with the Black Eagles and how it bothered me more than I might've let on but tried to ignore it. I found it to be extremely therapeutic to tell her what had been going on inside of me. The anxiety of my previous night melted away at her calm touches and sympathetic words.

We shared everything we could think of about ourselves, except she never brought up Liam again and I didn’t mention Mycah either. It seemed we both weren't ready to dissect our feelings on those two. But besides that, we talked and talked as long as we could manage until we were too tired to keep our eyes open. 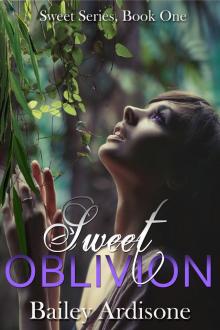