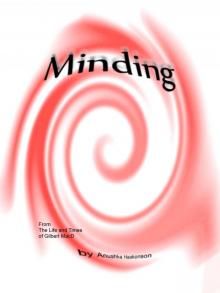 (From The Life And Times Of Gilbert MacDiarmid)

Gilbert sat sulking in the Elephant House, moodily watching the late sunshine strike the dusty looking castle, his hot chocolate growing cold. Struan and his friends did their best to ignore the thundery presence in their midst, only partially succeeding. The fact that Gilbert did not want to be in their company was a view that was strongly reciprocated by the company in question. Nobody wants a minder – especially when you are over eighteen. And Struan, the mindee, could be just as resentful as Gilbert, the minder. But this was not the only reason for Gilbert’s sulk. Gilbert frowned even more heavily at the unfairness of it all.

Today had been his first day back at university after his suspension - stressful enough with everyone watching his every move. Today his gran had had one of her infrequent, vaguely alarming visions concerning his not so little brother Struan. Today his mother had called him just as he was leaving for university (late already), making him promise to mind Struan. Today he had had to put up with snide remarks, malicious curiosity, outright hostility and unbelievable stupidity. And that had been only Struan’s friends. From Struan there had been the tantrum, the pleading, the whingeing, and finally the threats – but he was used to those. Then there was his girl, Goose.

She was still not talking to him. He missed her. She always made him feel better by making the trials of the day fade away with her cheerful chatter. Pity she could not make Struan fade away. He could, but his mother would murder him. Gilbert drew a breath of irritation as Kyle, a horsy looking guy, guffawed annoyingly. He stopped abruptly under Gilbert’s glare. Struan almost kicked Gilbert. He knew that Gilbert could not wait to get back to the flat and chill. He also knew that Gilbert would not go home without him in tow. Struan planned to use this fact to exact revenge on his older brother.

There was a sudden animation in the group (save for Gilbert) at the idea of clubbing. After a brief discussion, it was settled on going to F-Sharp instead – cheaper drinks everyone reckoned.

“Are you coming with, Gilbert?” asked Simon, one of the lesser evils of Struan’s friends.

All hopes of ditching the minder were dashed when Gilbert nodded tersely. He had to go. He had promised his mother. Struan and Gilbert stood up simultaneously. Both had identical expressions of haughty annoyance, scaring a hapless patron passing by their table.

“Right, let’s go, dudes!” enthused Brad who liked to pretend he was American.

“Aiii!” chorused the friends in their Ali G impersonations. Gilbert scowled even more terribly as he followed them into the street.

The line to enter the club was surprisingly long with the post-work-start-of-the-weekend crowd, the farewell-drinks and the birthday parties. Thankfully, it moved fast. Jamie, the most diabolical of Struan’s friends, attempted to chat up a birthday girl. Gilbert wished him well, hoping that would take care of Jamie for the rest of the night. Unfortunately for Gilbert, the girl’s burly Aussie boyfriend pitched just as they reached the entranced flanked by two minders. Gilbert handed over his entrance fee and followed Struan down the entry hall to the club proper. It was heaving, the bar almost obscured by the mass of bodies. Gilbert’s eardrums went numb for a few seconds, so that he could only see Struan’s lips move when Struan shouted something to him and Simon. And then they were working their way to the bar. Bert got himself a ginger ale. Struan and his friends went for the Calders 80. It always went straight to their heads – or so they said. They followed Bert to a relatively uncrowded corner to stand drinking and checking out the crowd. Bert leant against a wall in preparation of being bored. It was not long before Struan and Co had left their drinks in Big Brother’s care and scampered off to the dance floor.

Bert allowed himself to be lulled into a semi-trance by the persistent beats, the hypnotic lights and the dancing bodies. Until he caught a glimpse of a girl who vaguely resembled Goose. He was stung again by the unfairness of it all. To be shunned by her just because he had inadvertently stood her up. Admittedly, it had been the second time in two weeks, but it was not his fault he was kept so busy dealing with evil (or ‘misguided’ as David and Crainyer liked to call them) wizards and suchlike. After all, he could not predict when someone was going to decide to enslave the world. Bert sighed. It was no use being a good boyfriend, responsible son, protective brother, conscientious student, and glorified Magic policeman – you got the worst from everyone. Bert vaguely contemplated turning evil. That would teach them all. It was then that he felt it – an unsettling charge in the atmosphere telling him that someone was doing unwelcome magic.

Bert quickly scanned for his little brother. He spotted Struan easily, all hands and elbows, with a bunch of girls and Simon. Gilbert let his gaze wander on, searching for the magic-user.

It was users – a couple he had often seen on campus. They were a year or two ahead of him in Alternative Studies. He had heard of the girl, Carol Gilfries whose paper on Universes and Parallels he had found interesting, but not the guy. He stared at them for a few minutes trying to figure out what they were about.

Bert frowned as he realised they were opening a small portal – where to and why? He half considered ignoring them. After all, this was not his responsibility. Besides, they might be intending no harm to the club filled with people. But something told him otherwise. Bert began making his way to the two wizards.

“Hullo,” said Gilbert neutrally. Carol and her boyfriend stopped a moment to stare at Gilbert. Carol immediately recognised him as the uppity junior who had caused such a scandal last year, destroying her favourite lecturer, Wizard Gilly. In fact, Gilbert was the most despised person in her personal universe, and here was the perfect opportunity to get him! Using her much prized telekinetic powers, she minimised the portal and hurled it at Gilbert with a scream.

Gilbert was not at all surprised. He had half been expecting something unpleasant to cap this less than perfect day. He ducked. Gilbert could not close the portal, but he could change its shape (it whizzed by his ear), into a boomerang for example. The portal, miraculously missing the oblivious clubbers, curved gracefully back, passed Gilbert’s other ear, and into Carol’s still screaming mouth. She swallowed in surprise. Then fainted. Nothing was coming out that portal without going through Carol first. Gilbert hoped she knew how to close it.

Carol’s boyfriend ran at Gilbert in a violent rage, spewing forth a particularly nasty spell, only to find it no match for the protective shield Gilbert had instinctively erected. With an instant to regret his action, he found himself in the path of Gilbert’s open right palm, which a millisecond later, slapped him into a daze. He remained so, unaware of Gilbert attempting to hold him upright, and of the Minder who had materialised at the scuffling.

The Minder, a stocky cynical Borderer, let his gimlet eyes rove over the prone Carol and her dazed boyfriend, then fixed on Gilbert. Gilbert returned his stare levelly.

“What’s this, then?” asked the Minder.

“Bad trip looks like,” answered Gilbert letting some anger creep into his voice. “Thought you guys weren’t s’pose to allow drugs in here.”

The Minder looked sceptically over Carol and her boyfriend, then settled on Gilbert again. Gilbert did not flinch, staring him down.

“Awright,” conceded the Minder although it was obvious he did not believe a word, “I’ll get someone to see to them.” He half considered throwing Gilbert out, but could not find a justifiable reason. He waved a girl over from the bar. “I’m watching you,” he said, as Gil
bert stepped by him on the way back to his drink.

The night was far from over. Jamie was being his charming self. He was baiting the burly Aussie, figuring that five against one (he knew that Bert would not enter the fray) were excellent odds. Besides, Struan was a black belt in some or other martial art. But Jamie did not reckon on the Aussie’s three friends who were equally offended. Bert was just in time to see the start of the fight, and note that the Minder was also homing in. Bert elbowed his way to his little brother, ducked under a foot, grabbed him by the scruff of the neck and an ear simultaneously, whirled him around and towards the exit. Struan resisted energetically, but Bert, with hard won ease and judicious use of his bulkier frame, steered his little brother outside.

Struan furiously whirled around glaring at Gilbert who stood a prudent couple of feet away, resignedly watching his brother and

Minding by Anushka Haakonson / Fantasy / Western have rating 2.2 out of 5 / Based on35 votes 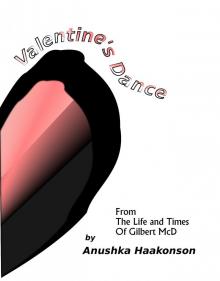 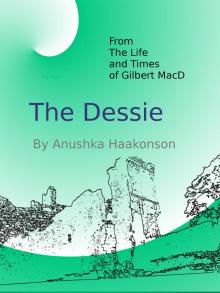