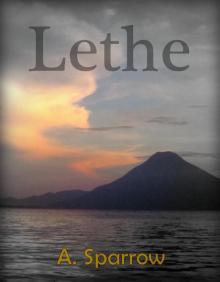 To Tucker, of Yorkshire

Emerging from long torpor, Victoria heaves her bloated bulk against the chamber walls, sending ripples and reverberations through the corpus of Elysium. It is sure to send her worried and harried attendants scurrying but she has no need of their doting. She takes her daily inventory of her souls, the ascending, the ascended, those in transit to Lethe after death, and a fourth category, unspoken and taboo: living souls. Harvesting souls before their time was a practice unsanctioned by the Seraphim, but thus far, none have dared to stop her.

Two million strong, her people. All their souls belonging to her, the alpha matron of her line. Siblings. Cousins. Uncles. Aunts. Nephews and nieces, many times removed. Every iteration of great and grand going back centuries before her time on Earth.

Always, she longs for more. In numbers, there is power. Her category fours are a precious resource that could be claimed by another filial line if she did not claim them first. And besides, fishing for souls was her only recreation, her sole pleasure.

She marshals her termite-queen-like corpulence. Sapient tendrils spool out, reaching like spokes for the afterlands’ farthest seas. Filaments swoop to kiss the water, skimming ripples like living light. At the outermost edge of the ring of seas, strands plunge and pierce the interface, emerging unto the light of the land where souls are born.

In world of the living, tentacles soar from the earthly ocean to split overhead like inverse lightning. Threads diverge to chase the spoor of filial memory, seeking the homelands of every branch of Paxson and Tompkins, smelling for blood of kin, candidates for harvest.

Most souls she rejects on contact. Too far from death. Too pure. Too tainted. But the reverberations from one, only one, tell of a soul warped just right and ripe for the plucking.

Daniel. He slumbers all cozy in a nest of cotton and poly-fill within the four porous walls of this false haven—his own bedroom.

Victoria abandons all other tendrils, concentrating her attention on the one that probes this Tompkins, three mothers removed from her line. Her tendrils slip into his corporeal form, frisking every organ for mortal defects or flaws that could be rendered fatal.

In his brain she finds no weak vessels, no emboli, no dysplasias. Tendrils slide through marrow and vein finding not a cell leukemic, not a plaque worth ripping, nothing within her powers to sway.

The boy is twenty-two and vibrant with youth and health. What does she expect?

She squirms in her chamber, boiling with frustration, wishing she could just squeeze his aorta shut and be done with it. Two tendrils blindly obey her whim, pinching together like scorpion claws. They push against the artery, dimpling it, but fail to overcome the vital pressure pulsing within. She has not the power—not yet. She is not Seraphim material—yet.

The tips slide off and go limp. She settles her bulk and drifts towards slumber, watching, waiting. With time, the opportunity would come for her subtle influences to decide his fate. Patience.

But now serendipity has placed the boy in the path of a dangerous storm. Its power and potential please her.

When heavy rain forces him off the road, she bides her time, tendrils measuring, testing every aspect of his surroundings.

The storm evolves at its own pace and volition. Like a river, it follows a course decided by the contours of the atmosphere. Victoria can only spike the odds of it spinning off a whirlwind or discharging a bolt at an opportune moment.

Her tendrils slip through thunderheads, flipping charges in the clouds, ionizing their vapors. But ion clouds are tetchy things and it makes for frustrating work. Bolts crack free before she is ready to release them, and follow paths of their choosing.

Besides, Daniel is cushioned and insulated in that metal cocoon. Not even a direct strike could reach him.

Her distraction causes several of her most distant tendrils to lose their purpose and abandon their cargo, retracting towards Elysium unburdened. Furious, she sends them speeding back through the interface to finish their tasks.

She tenses in her chamber. It has been a long day, and her target remains elusive. The attention she has paid him goes far beyond his significance. He is a pesky gnat buzzing just out of reach that needs to die, for spite if nothing else.

Victoria slips a tendril down the familiar ratchet of his spine, gauging his mood like a machinist checking oil. Her presence agitates him. Adrenalin pulses from the glands astride his kidneys.

Good. She hopes it will cause him to flee from the safety of his vehicle or resume driving. He writhes and panics. But he stays put.

Another tendril explores the landscape around him, finding fish in the creek, cows reclining in the fields, a groundhog and pups snug in a burrow, a sodden rabbit under a clump of grass.

The trees. Of course! How could she miss them? Big, old oaks swaying wildly in the wind above his car. Huge limbs, large and thick enough to be trees unto themselves cantilever out over the road, meeting to form a green tunnel.

She diverts her attention from Daniel to the trees, devoid of souls, but sufficiently replete with life’s presence for Victoria to gain intimacy with their condition.

These oaks are solid and healthy creatures, for the most part. But a behemoth a short ways upwind from the car dangles a huge bough with a half-rotted knot in its joint. It is an old injury, healed over, but if stresses could be brought to bear on the right spot, perhaps something could be encouraged to happen.

Victoria shifts in her chamber, relaxing her bulk, clearing her mind of petty annoyances. She marshals spare tendrils, focusing their attention on this one tree, this one limb.

She reads the pulse of the wind, the flex of the wood, nudging each twist a few degrees farther than nature intends, and when it rebounds the other way, making it rotate a few degrees more, straining, severing fibers in the xylem.

Another tendril reaches up and seduces the clouds, stroking their electrons, urging them towards the orgasmic discharge that would help her claim this pesky gnat.

The boy has hardly time enough to flinch at the bomb going off in the treetops. The massive limb sweeps through the periphery of his visual field and crushes the windshield. Tons of wood hammer into his chest, cracking ribs, crushing his lungs. His eyes bulge. His severed heart skitters like a frog trapped under a rock and stops. The world fades before he can wish it farewell.