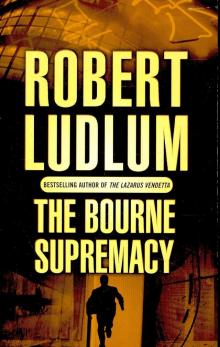 Kowloon. The teeming final extension of China that is no part of the north except in spirit - but the spirit runs deep and descends into the caverns of men's souls without regard for the harsh, irrelevant practicalities of political borders. The land and the water are one, and it is the will of the spirit that determines how man will use the land and the water - again without regard for such abstractions as useless freedom or escapable confinement. The concern is only with empty stomachs, with women's stomachs, children's stomachs. Survival. There is nothing else. All the rest is dung to be spread over the infertile fields.

It was sundown, and both in Kowloon and across Victoria Harbour on the island of Hong Kong an unseen blanket was gradually being lowered over the territory's daylight chaos. The screeching Aiyas! of the street merchants were muted with the shadows, and quiet negotiations in the upper regions of the cold, majestic structures of glass and steel that marked the colony's skyline were ending with nods and shrugs and brief smiles of silent accommodation. Night was coming, proclaimed by a blinding orange sun piercing an immense, jagged fragmented wall of clouds in the west - sharply defined shafts of uncompromising energy about to plunge over the horizon, unwilling to let this part of the world forget the light.

Soon darkness would spread across the sky, but not below.

Below, the blazing lights of human invention would garishly illuminate the earth - this part of the earth where the land and the water were anxious avenues of access and conflict. And with the never-ending, ever-strident nocturnal carnival, other games would begin, games the human race should have abandoned with the first light of creation. But there was no human life then - so who recorded it? Who knew? Who cared? Death was not a commodity.

A small motorboat, its powerful engine belying its shabby exterior, sped through the Lamma Channel, heading around the coastline towards the harbour. To a disinterested observer it was merely one more xiao wan ju, a legacy to a first son from a once unworthy fisherman who had struck minor riches - a crazy night of mah-jong, hashish from the Triangle, smuggled jewels out of Macao - who cared? The son could cast his nets or run his merchandise more efficiently by using a fast propeller rather than the slow sail of a junk or the sluggish engine of a sampan. Even the Chinese border guards and the marine patrols on and off the shores of the Shenzhen Wan did not fire on such insignificant transgressors; they were unimportant and who knew what families beyond the New Territories on the Mainland might benefit. It could be one of their own. The sweet herbs from the hills still brought full stomachs - perhaps filling one of their own. Who cared? Let them come. Let them go.

The small craft with its canvas cover enveloping both sides of the forward cockpit cut its speed and cautiously zigzagged through the scattered flotilla of junks and sampans returning to their crowded berths in Aberdeen. One after another the boat people shrieked angry curses at the intruder, at its impudent engine and its more impudent wake. Then each became strangely silent as the rude interloper passed; something under the canvas quieted their sudden bursts of fury.

The boat raced into the harbour's corridor, a dark, watery path now bordered by the blazing lights of the island of Hong Kong on the right, Kowloon on the left. Three minutes later the outboard motor sank into its lowest register as the hull swerved slowly past two filthy barges docked at the godown, and slid into an empty space on the west side of the Tsim Sha Tsui, Kowloon's crowded, dollar-conscious waterfront. The strident hordes of merchants setting up their nightly tourist traps on the wharf paid no attention; it was merely one more jigi coming in from the catch. Who cared? Then, like the boat people out in the channel, the stalls on the waterfront nearest the insignificant intruder began to quiet down. Excited voices were silenced amid screeching commands and counter-commands as eyes were drawn to a figure climbing up the black, oil-soaked ladder to the pier.

He was a holy man. His shrouded figure was draped in a pure white caftan that accentuated his tall slender body - very tall for a Zhongguo ren, nearly six feet in height, perhaps. Little could be seen of his face, however, as the cloth was loose and the breezes kept pressing the white fabric across his dark features, drawing out the whiteness of his eyes determined eyes, zealous eyes. This was no ordinary priest, anyone could see that. He was a heshang, a chosen one selected by elders steeped in wisdom who could perceive the inner spiritual knowledge of a young monk destined for higher things. And it did not hurt that such a monk was tall and slender and had eyes of fire. Such holy men drew attention to themselves, to their personages to their eyes and generous contributions followed, both in fear and in awe; mostly fear. Perhaps this heshang came from one of the mystic sects that wandered through the hills and forests of the Guangze, or from a religious brotherhood in the mountains of far-off Qing Gaoyuan - descendants, it was said, of a people in the distant Himalayas - they were always quite ostentatious and generally to be feared the most, for few understood their obscure teachings. Teachings that were couched in gentleness, but with subtle hints of indescribable agony should their lessons go unheeded. There was too much agony on the land and the water. Who needed more? So give to the spirits, to the eyes of fire. Perhaps it would be recorded somewhere.

The white-robed figure walked slowly through the parting crowds on the wharf, past the congested Star Ferry pier, and disappeared into the growing pandemonium of the Tsim Sha Tsui. The moment had passed; the stalls returned to their hysteria.

The priest headed east on Salisbury Road until he reached the Peninsula Hotel, whose subdued elegance was losing the battle with its surroundings. He then turned north into Nathan Road, to the base of the glittering Golden Mile, that strip of strips where opposing multitudes shrieked for attention. Both natives and tourists alike took notice of the stately holy man as he passed crowded shop fronts and alleys bulging with merchandise, three-story discos and topless cafes where huge, amateurish billboards hawked Oriental charms above stalls offering the steamed delicacies of the noonday dim sum. He walked for nearly ten minutes through the garish carnival, now and then acknowledging glances with a slight bow of his head, and twice shaking it while issuing commands to the same short muscular Zhongguo ren, who alternately followed him then passed him with quick, dance-like steps, turning to search the intense eyes for a sign.

The sign came - two abrupt nods - as the priest turned and walked through the beaded entrance of a raucous cabaret. The Zhongguo ren remained outside, his hand unobtrusively under his loose tunic, his own eyes darting about the crazy street, a thoroughfare he could not understand. It was insane! Such outrageousness! But he was the tudi; he would protect the holy man with his life, no matter the assault on his own sensibilities.

Inside the cabaret the heavy layers of smoke were slashed by roving coloured lights, most whirling in circles and directed towards a platform stage where a rock group ululated in deafening frenzy, a frantic admixture of punk and Far East. Shiny black tight-fitting, ill-fitting trousers quivered maniacally on spindly legs below black leather jackets over soiled white silk shirts open to the waist, while each head was shaved around its skull at the temple line, each face grotesque, heavily made up to accentuate its essentially passive Oriental character. And as if to emphasize the conflict between East and West, the jarring music would occasionally, startlingly, come to a stop, as the plaintive strains of a simple Chinese melody emerged from a single instrument, while the figures remained rigid under the swirling bombardment of the spotlights.

The Bourne Supremacy by Robert Ludlum / Science Fiction / Thrillers & Crime have rating 5.1 out of 5 / Based on46 votes