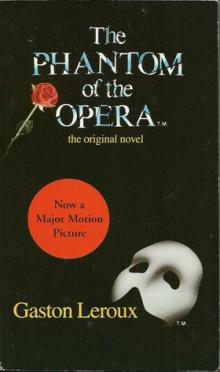 First published in French as a serial in 1909, The Phantom of the Opera is a riveting story that revolves around the young, Swedish Christine Daaé. Her father, a famous musician, dies, and she is raised in the Paris Opera House with his dying promise of a protective angel of music to guide her. After a time at the opera house, she begins hearing a voice, who eventually teaches her how to sing beautifully. All goes well until Christine's childhood friend Raoul comes to visit his parents, who are patrons of the opera, and he sees Christine when she begins successfully singing on the stage. The voice, who is the deformed, murderous 'ghost' of the opera house named Erik, however, grows violent in his terrible jealousy, until Christine suddenly disappears. The phantom is in love, but it can only spell disaster.

Leroux's work, with characters ranging from the spoiled prima donna Carlotta to the mysterious Persian from Erik's past, has been immortalized by memorable adaptations. Despite this, it remains a remarkable piece of Gothic horror literature in and of itself, deeper and darker than any version that follows. 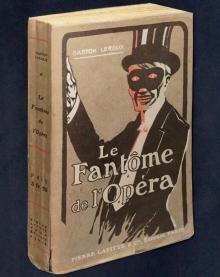 In Letters of Fire 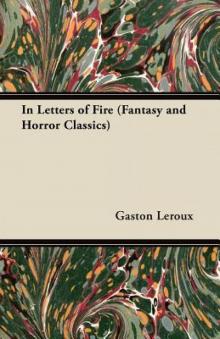 Gaston Leroux is France's most famous author of detective and mystery fiction. The author of The Phantom of the Opera penned a large amount of excellent short fiction, and 'In Letters of Fire' is one of his best-remembered tales. Many of the earliest ghost stories, particularly those dating back to the 1900s and before, are now extremely scarce and increasingly expensive. We are republishing these classic works in affordable, high quality, modern editions, using the original text and artwork.

The Mystery of the Yellow Room 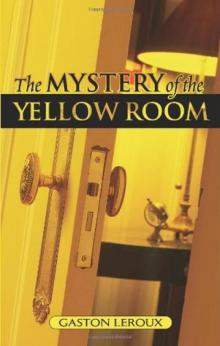 The young lady had just retired to her room when sounds of a struggle ensue, and cries of "Murder!" and revolver shots ring out. When her locked door is finally broken down by her father and a servant, they find the woman on the floor, badly hurt and bleeding. No one else is in the room. There is no other exit except through a barred window. How did the attacker escape?
First published in 1907, this intriguing and baffling tale is a classic of early 20th-century detective fiction. At the heart of the novel is a perplexing mystery: How could a crime take place in a locked room which shows no sign of being entered? Nearly a century after its initial publication, Leroux's landmark tale of foul play, deception, and unbridled ambition remains a blueprint for the detective novel genre. Written by the immortal author of The Phantom of the Opera, this atmospheric thriller is still a favorite of whodunit fans everywhere.
"The finest locked room tale ever written." — John Dickson Carr, author of The Hollow Man.

The Secret of the Night 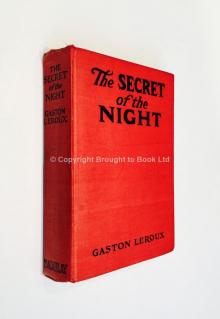 Gaston Louis Alfred Leroux (6 May 1868[1] – 15 April 1927) was a French journalist and author of detective fiction. In the English-speaking world, he is best known for writing the novel The Phantom of the Opera (Le Fantôme de l'Opéra, 1910), which has been made into several film and stage productions of the same name, notably the 1925 film starring Lon Chaney, and Andrew Lloyd Webber's 1986 musical. His novel The Mystery of the Yellow Room is also one of the most famous locked-room mysteries ever.
Mystery & Detective
Read online 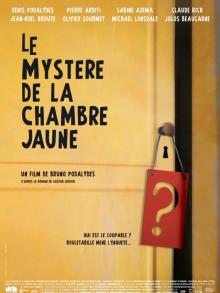 The Perfume of the Lady in Black 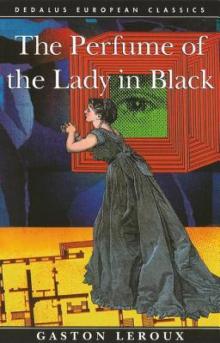 A highly imaginative sequel to The Mystery of the Yellow Room