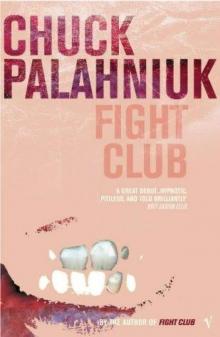 Chuck Palahniuk showed himself to be his generation’s most visionary satirist in this, his first book. Fight Club’s estranged narrator leaves his lackluster job when he comes under the thrall of Tyler Durden, an enigmatic young man who holds secret after-hours boxing matches in the basement of bars. There, two men fight "as long as they have to." This is a gloriously original work that exposes the darkness at the core of our modern world. 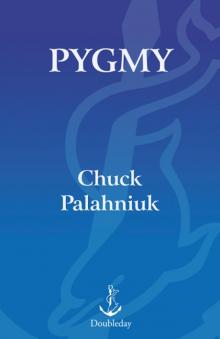 A gang of adolescent terrorists, a spelling bee, and a terrible plan masquerading as a science project: This is Operation Havoc.

Pygmy is one of a handful of young adults from a totalitarian state sent to the US disguised as exchange students. Living with American families to blend in, they are planning an unspecified act of massive terrorism that will bring this big dumb country and its fat dumb inhabitants to their knees. Palahniuk depicts Midwestern life through the eyes of this indoctrinated little killer in a cunning double-edged satire of American xenophobia. 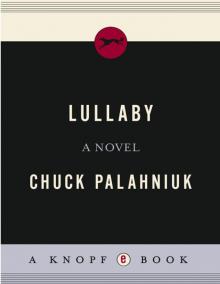 With Fight Club and Choke, Chuck Palahniuk established his reputation as a tricky, unpredictable writer with enormous gifts and a highly individual vision. Lullaby -- an odd, unsettling, memorable, yet uncategorizable novel -- builds squarely on that foundation.

Researching a series of articles on sudden infant death syndrome, reporter Carl Streator uncovers a curious coincidence: At each crib-death site, he finds the very same book, Poems and Rhymes Around the World, always open to the same African lullaby. By way of experiment, he recites the lullaby to his editor, who dies the following evening. Convinced that he's stumbled onto a piece of dark, murderous magic, Streator hits the road on a mission to destroy all existing copies of Poems and Rhymes, accompanied by an eccentric team that includes two members of a local coven and a real estate agent who specializes in haunted houses. What follows is a charmingly demented road novel that moves from California to New York to New Mexico to Florida and encompasses witchcraft, militant vegetarianism, serial murder, political assassination, and ecological disaster.
Beneath its lurid, supernatural surface, Lullaby is a deeply serious work that has much to say about the pressures and problems of a frantic, overstimulated society. Magic, as Palahniuk describes it, is a potent metaphor for the endless distractions of seductive, predatory media, for the forces that invade -- and control -- our every waking moment, bombarding us endlessly with sensory input and mostly useless information. By turns funny, outrageous, and frightening, Lullaby is the work of a writer deeply attuned to the traumas and distortions of contemporary life. 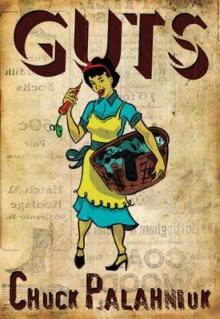 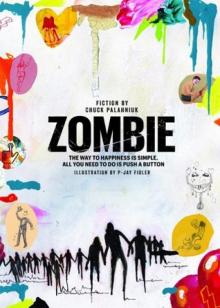 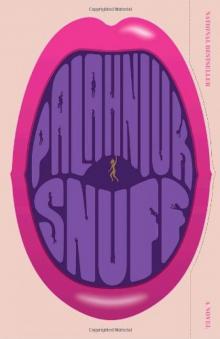 From the master of literary mayhem and provocation, a full-frontal Triple X novel that goes where no American work of fiction has gone before

Cassie Wright, porn priestess, intends to cap her legendary career by breaking the world record for serial fornication. On camera. With six hundred men. Snuff unfolds from the perspectives of Mr. 72, Mr. 137, and Mr. 600, who await their turn on camera in a very crowded green room. This wild, lethally funny, and thoroughly researched novel brings the huge yet underacknowledged presence of pornography in contemporary life into the realm of literary fiction at last. Who else but Chuck Palahniuk would dare do such a thing? Who else could do it so well, so unflinchingly, and with such an incendiary (you might say) climax? 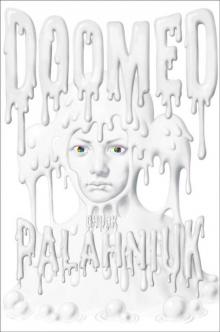 Madison Spencer, the liveliest and snarkiest dead girl in the universe, continues the afterlife adventure begun in Chuck Palahniuk’s bestseller Damned. Just as that novel brought us a brilliant Hell that only he could imagine, Doomed is a dark and twisted apocalyptic vision from this provocative storyteller.

The bestselling Damned chronicled Madison’s journey across the unspeakable (and really gross) landscape of the afterlife to confront the Devil himself. But her story isn’t over yet. In a series of electronic dispatches from the Great Beyond, Doomed describes the ultimate showdown between Good and Evil.
After a Halloween ritual gone awry, Madison finds herself trapped in Purgatory—or, as mortals like you and I know it, Earth. She can see and hear every detail of the world she left behind, yet she’s invisible to everyone who’s still alive. Not only do people look right through her, they walk right through her as well. The upside is that, no longer subject to physical limitations, she can pass through doors and walls. Her first stop is her parents’ luxurious apartment, where she encounters the ghost of her long-deceased grandmother. For Madison, the encounter triggers memories of the awful summer she spent upstate with Nana Minnie and her grandfather, Papadaddy. As she revisits the painful truth of what transpired over those months (including a disturbing and finally fatal meeting in a rest stop’s fetid men’s room, in which . . . well, never mind), her saga of eternal damnation takes on a new and sinister meaning. Satan has had Madison in his sights from the very beginning: through her and her narcissistic celebrity parents, he plans to engineer an era of eternal damnation. For everyone.
Once again, our unconventional but plucky heroine must face her fears and gather her wits for the battle of a lifetime. Dante Alighieri, watch your back; Chuck Palahniuk is gaining on you. 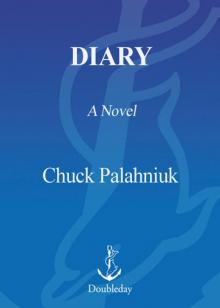 Misty Wilmot has had it. Once a promising young artist, she’s now stuck on an island ruined by tourism, drinking too much and working as a waitress in a hotel. Her husband, a contractor, is in a coma after a suicide attempt, but that doesn’t stop his clients from threatening Misty with lawsuits over a series of vile messages they’ve found on the walls of houses he remodeled.

Suddenly, though, Misty finds her artistic talent returning as she begins a period of compulsive painting. Inspired but confused by this burst of creativity, she soon finds herself a pawn in a larger conspiracy that threatens to cost hundreds of lives. What unfolds is a dark, hilarious story from America’s most inventive nihilist, and Palahniuk’s most impressive work to date. 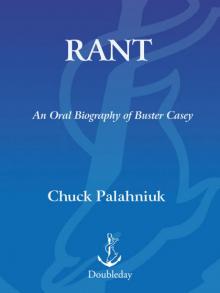 Buster “Rant” Casey just may be the most efficient serial killer of our time. A high school rebel, Rant Casey escapes from his small town home for the big city where he becomes the leader of an urban demolition derby called Party Crashing. Rant Casey will die a spectacular highway death, after which his friends gather the testimony needed to build an oral history of his short, violent life. 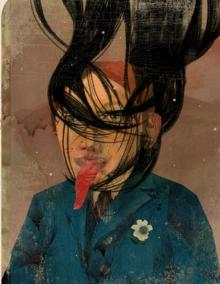 His talent made him popular with a certain kind of girl. 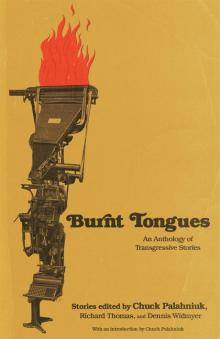 Burnt Tongues is a collection of transgressive stories selected by a rigorous nomination and vetting process and hand-selected by Chuck Palahniuk, author of Fight Club, as the best of The Cult workshop.

These stories run the gamut from horrific and fantastic to humorous and touching, but each leaves a lasting impression.

Some may say even a scar.