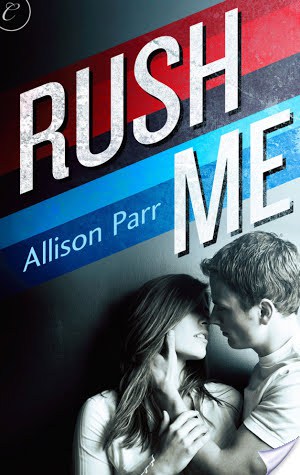 The invitation arrived at 8:37 on a Friday, right before Eva and I left for a party. I read it curled up on the couch, my laptop burning my legs and the words scarring my retinas:

Can you believe it’s already been five years since graduation? We’ve booked the Ashbury Inn for the reunion, and we’ll have dancing, drinking, and a slideshow of all our favorite moments. I can’t wait to hear what all of you have been up to!

“You look as though you swallowed a toad,” my roommate said.

I glanced up from my email. Eva watched me in the warped glass of our cheap mirror, where she stood smudging on wine-dark lipstick. She’d already carefully layered for the evening, belting a red cardigan over a short black and white dress. I wore one of her cast-offs, a slinky green thing she swore brought out my eyes.

“Did you know high schools have five-year reunions?”

Now she turned fully around. “They do not. ”

“Apparently mine does. ” I stretched out my legs. “I just got an email from my brother’s girlfriend. We’re going to have a slideshow of ‘all our favorite moments’. Gag me. ” Sophie Salisbury’s favorite moments probably included winning Homecoming Queen and tripping me at graduation.

A smile worthy of the Cheshire Cat slid across Eva’s face. “That sounds brilliant. Oh my God, maybe you can connect with your old high school crush—”

“Or show up the mean popular girl—”

“Your theatre background’s showing. Besides, Sophie’s dating my brother. We’re supposed to play nice. ” I read the email a little more critically. Was “I can’t wait to hear what all of you have been up to” actually passive-aggressive, or could Sophie genuinely be interested in the lives of other people? “Besides, I don’t have anything I could use to show anyone up. ”

Eva shot me an irritated look. “Well, not if you go in with that kind of attitude. ”

I smothered a laugh and slid my computer off my lap, crossing the room for the bottle of Pinot gris. “You’re right. ” I gestured widely at the kitchenette that bled into the tiny living room, and the two box-size bedrooms off it. “I’ll tell everyone about our stellar apartment—though maybe I’ll bump us up to Park Slope—and about my fabulous publishing internship—I think I’ll pretend it’s a salaried job. ” Come to think about it, this reunion seemed like a really bad idea. I leaned against the counter in defeat. “Oh, God. I haven’t done anything. I’m going to show up and be a failure. ”

That was the problem with living with a former theatre major. Sometimes she rebuked me with Shakespeare.

“You could bring John with you. ”

I swallowed too much wine and grimaced, the cheap taste of six dollars curdling in my stomach. “Eva. ”

“What?” She thrust her glass out behind her and I topped it off. “He’s gorgeous. And you said he asked you out again. ”

“There are so many problems with that suggestion. ” Apart from the idea that I should impress my former classmates with a guy, rather than my own success, John and I hadn’t exactly dated. I mean, I’d thought we’d been dating, but it turned out I was just the third wheel in his open relationship.

“Come on. Maybe it was total serendipity that you ran into him this afternoon and also got that reunion invite. ”

I flopped back down on the sofa, the old cushions sagging beneath me. Alcohol sloshed back and forth in my water glass. “Or maybe it’s the universe telling me I’ve had too much excitement for one day and I should just stay in tonight. ”

“Unacceptable. ” She blurred a thick line of grey above her lashes. “You need to be cheered up. ”

The encounter this afternoon hadn’t been depressing, just embarrassing. I’d met John two months ago when temping at his ad agency, and I’d been charmed by his good looks and my own desire to stop being boring, staid Rachael Hamilton. This was New York! The happiest place on earth! Where dreams came true!

Except, wait, that was Disney World. So never mind.

After a week, I’d discovered he had a girlfriend, and I’d stopped seeing him. Today had just been the salt in the wound when he tried to convince me to get a drink with him; he honestly hadn’t had a clue what my problem was.

Just once, I wanted a functional, monogamous relationship. And in lieu of that, I’d like to stay home with Ben & Jerry’s and a bad disaster movie.

“Look, you can either stay here and sulk, or you can be at a kick-ass party dancing until four in the morning. This is not a difficult choice. ”

I gave it one more try. “What happened to not leaving Brooklyn on the weekend?”

We slung on sweaters and scarves and headed out. Three—and four-story buildings lined the streets of Sunset Park, their ground floors filled with dim sum restaurants and bakeries. The bright green of ash and oak trees stood out sharply against the red brick, shading the sidewalks filled with people. This early in September, only the slightest chill kept the night from feeling like summer. A light breeze lifted my hair off the back of my neck. Above us, soft clouds slid across the imperfect moon, while the city’s ambient light hid the stars.

We sat shoulders together on the crowded N train, flip-flops dangling off our feet, comfortable in our silence. I’d known Eva since our freshman year of college, but I’d only moved in with her this summer, after finishing off my year in AmeriCorp. While I’d been working on an adult literacy campaign, Eva had been in an intense theatre program, and she’d just landed a role in the world premiere of Pride and Prejudice: The Musical! She played a singing maid. There were mob-caps involved.

As we pulled into the 8th Street station, Eva slipped on the sparkling heels she’d carried in her lap, and we headed up into the Village. Unlike our part of Brooklyn, Washington Square Park had money. We walked along the northern edge of the green, and I dragged Eva to a halt when we passed the illuminated arch. Like its Paris inspiration, white marble gleamed in a traditional triumphal arch, but here George Washington’s words and likeness were carved into the stone. I let out a deep sigh before allowing Eva to lead on to smaller streets. I’d moved to New York for my internship, but these sights were why I wanted to stay.

We walked by NYU halls and bright hotel windows before turning on a side street of tall 19th century buildings. The party, which Eva had heard of through the off-off Broadway circuit, took place in a glamorous old brownstone, and a dozen or so people lingered on the sideway. One of them squealed my roommate’s name and drew her into their circle.

I followed, less inclined than usual to make small talk. I liked Eva’s friends, but I’d never met this batch before, and the run in with John still had me disconcerted. Maybe I should’ve insisted on staying home. I could have watched The Day After Tomorrow and laughed at the hilarious CGI wolves, accompanied by a pint or so of ice cream.